The open source community is always hard at work. February's projects were super hard to pick since there are so many amazing releases. These are exciting new releases from some… 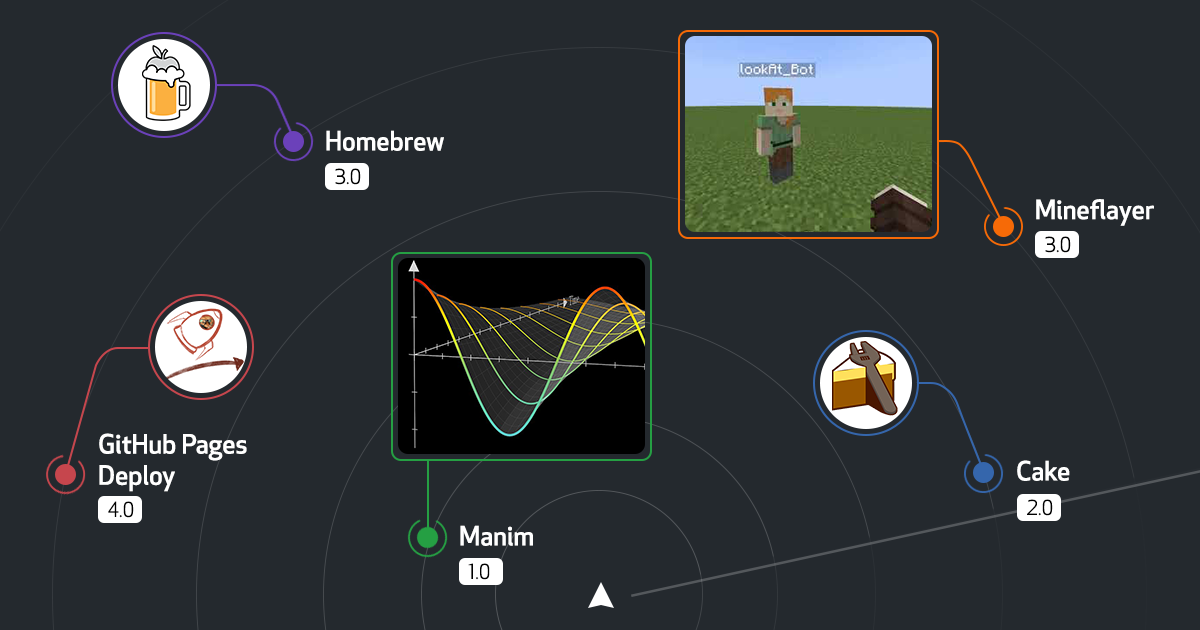 The open source community is always hard at work. February’s projects were super hard to pick since there are so many amazing releases. These are exciting new releases from some of the coolest projects around. There’s everything from world-changing tech to weekend hobbies. Our recent State of the Octoverse report talked about how many developers are spending time coding during this pandemic. So here they are. The hard work devs are putting in during lockdown and crazy times is here to show. There are so many releases, and unfortunately we can’t featured them all. Here’s our top ten staff picks from February 2021, in no particular order.

Whether you’re a macOS, Windows, or Linux user, there are often programs or features you want that aren’t supported by your operating system (OS). Homebrew aims to solve some of these problems, at least on Apple or Linux. It installs the “stuff you need” so you can keep writing code. The list of packages available through Homebrew is extensive. Version 3.0 comes with Apple Silicon support, new syntax format for brew bottle and bottle do blocks. Plus, Homebrew now accepts donations through GitHub Sponsors. If you use Homebrew, think about contributing today. There are heaps of other changes made to Homebrew. You can read up on them all on the Homebrew website.

Everybody loves cake! This kind of cake is a cross-platform build automation system. It helps you compile code, copy files/folders, run unit tests, compress files, and helps build NuGet packages. Cake actually stands for C# Make, since you can write your build scripts in pure C#. This February, Cake version 1.0 was launched, with support for .NET 5, C# 9, lots of bug fixes, and complete with frosting. If you want to read all the yummy details about Cake and its first release, head over to the Cake website.

Most things you would manually do while browsing the internet can be automated. That’s where Puppeteer comes in. It can perform most tasks you would manually do; taking a screenshot, generating a PDF, automating form submissions, keyboard inputs, testing Chrome Extensions, capturing timeline traces, creating automated testing environments, or crawling SPAs and generating pre-rendered content. The latest release comes with the usual bug fixes, and allows you to specify the browser (either Chrome or Chromium). Check out the release notes for all the changes, and start automating your online experience.

Ever thought Maths was hard to learn? With Manim it doesn’t have to be. Manim is an engine that creates animations for explaining Maths. The creator of Manim, has a famous YouTube channel, 3Blue1Brown where he makes lots of videos about Maths. You can even simulate the pandemic. Manim itself runs on Python and in February, the first version of Manim was released. Congrats on getting more Maths out in the public eye.

Do you want to spice up your terminal or technical documentation? Iosevka is the way to go. It’s a sans-serif + slab-serif, monospace + quasi-proportional typeface family used for writing code. No longer do you have to look at generic code fonts. Currently, 4741 characters are covered, with 16462 glyphs, 88 character variations, and 160 languages supported. Release 5.0 has far too many changes to note, however some of the breaking changes include support for cv## and ss## features, variants’ names can be changed, and lots of characters and variants have been added. View the full (and very long) list of changes in the release notes.

With all the hype around Bitcoin, people now more than ever are investing in cryptocurrency. If you’re thinking about investing, or you have already invested, it’s important to continuously watch the stocks. What better way to keep your eyes on the market than using Ticker. It’s a live stock watcher and position tracker. There is support for multiple lots and quotes. Release 3.0 adds the new sort feature, such as sort by position. Check out Ticker today, and start watching your stocks, hopefully yours are in the green!

Want to automatically deploy your projects to GitHub Pages? With a little bit of configuration, you can push your production-ready code to any branch. All you need is GitHub Pages Deploy. This GitHub Action is available completely free on the marketplace and built by the community. The latest release changed inputs from snake case to lowercase. With the new version, a GitHub Token is no longer required, SSH can accept true or private keys, and a few more changes to make deploying pages much easier. You can read all about the inspiration for this Action, as well as how it works in our interview with James Ives. Alternatively, comb through all the nitty gritty details in the release notes.

Pop quiz: What’s the scripting language behind Heaven’s Vault, 80 Days, and Sorcery? It’s Ink! Ink is an editor that allows you to write stories for the web, or gaming. The Ink language uses markup. It’s simple and elegant, and is designed with a non-technical audience in mind. Ink easily integrates with Unity, and version one has just been launched. Head over the Inkle website to give Ink a try. Congrats to the team on shipping your first release.

We’ve heard a lot about Vue.js recently, and in October, Vue.js version 3.0 was released. Now, Vuex version 4.0 is here, and is compatible with Vue.js 3.0. Vuex is a library and statement management pattern for Vue.js applications. It is inspired by Flux, Redux, and the Elm Architecture and gives your code more structure and maintainability. Along with being compatible with Vue.js 3.0, Vuex 4.0 has a new initialization process, as well as a few more breaking changes. Read up on all of these changes in the documentation.

Have you ever wanted to interact with bots on your Minecraft server? What about automating tasks while you work on your other projects? Now you can. Mineflayer allows you to create powerful, stable bots in Minecraft. Release 3.0 sees a number of bug fixes, and lots of Windows API changes. This project uses Node.js, a JavaScript runtime environment. If you’re confident with Node.js, get started with Mineflayer today. Can you create a Minecraft bot as cool as Hubot?

We had to add an extra ‘fun’ release to this month’s release radar. With all the craziness happening, we all need a few laughs here and there. Gitemon calls all devs to “catch ’em all”. Simply go to Gitemon, type in the name of your organisation on GitHub, and start catching all the members in your org. Try to catch ’em all, or catch one randomly. There’s no better way to celebrate the 25th anniversary of Pokémon and kill some time while you’re at it.

Well that’s all for this month’s top release picks. Congratulations to everyone who shipped a new release, whether it was version 1.0 or version 8.0. Keep them coming people. Remember to check out the awesome project releases from our January Release Radar. If you’ve got a new release coming, we’d love to see it. Use #GHReleaseRadar the next time you share your release on socials. We’ll be sure to keep an eye out. Good luck trying to catch ’em all!