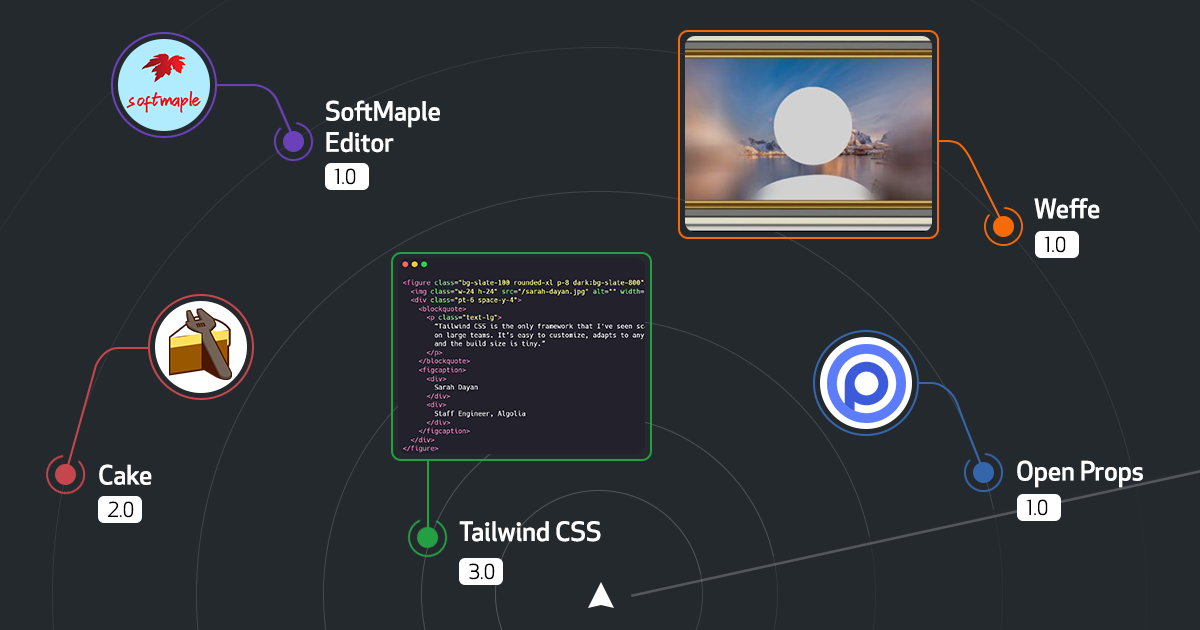 Many of us were wrapping up projects, emails, events, and getting ready for Christmas. While we were all busy getting ready for the festive season, our community was still hard at work shipping open source projects. Everything from big open source projects to weekend hobbies. There’s also been a lot of new projects shipped. Here’s this month’s top staff picks on projects that released major version releases.

Everyone around the world has been using web cameras more than ever with the increased amount of video calling. Zoom, Teams, WebEx, Google Meet, and more have lots of effects available on Windows and macOS. But what about Linux? That’s where Weffe comes in. This open source product adds effects to your video calls on Linux. Effects such as blurred backgrounds, overlaid images, and text can be added and used as a virtual webcam. Nice work on your first release. 🎉

Want to scale your Postgres development process? Look no further than Database Lab Engine (DLE). It enables instant thin cloning and can run many independent Postgres copies on a single machine. Version 3.0 comes with more than 100 individual changes. A few of the major updates include updated UI, addition of persistent clones, better logging, improvements for running multiple DLEs on a single machine, and support for PostgreSQL 14. Read all the changes in the DLE release notes, and PostgreSQL blog.

Database Lab Engine 3.0 released 🥳🎄🎉
-🖱️UI included to the core
– ♾ Persistent clones (surviving even VM restarts)
– 🔀 For managed PG (think RDS): many DB copies + clones can switch between them w/o changes in DB creds
– 🐘 @PostgreSQL 14
– and more:https://t.co/XghL6oj2RC

Writing and editing documents can be tough. SoftMaple Editor allows you to write papers just like you would in any other document text editor, but with a catch. SoftMaple Editor will generate LaTeX source code from your editor for better typesetting. There’s no backend required. Head to the website, and use the WYSIWYG editor. Congrats to SoftMaple on releasing your first version. 🎉

If you’re using TypeScript, and you want a parse process.argv with confidence, then type-flag is just the thing you’re looking for. It’s used for parsing in any type function, and the flag type will be inferred. And it’s only 1.3kB! The latest update includes support for array types, default values, export types, and will automatically parse process.argv.slice(2). Read up on all the changes in the release notes. 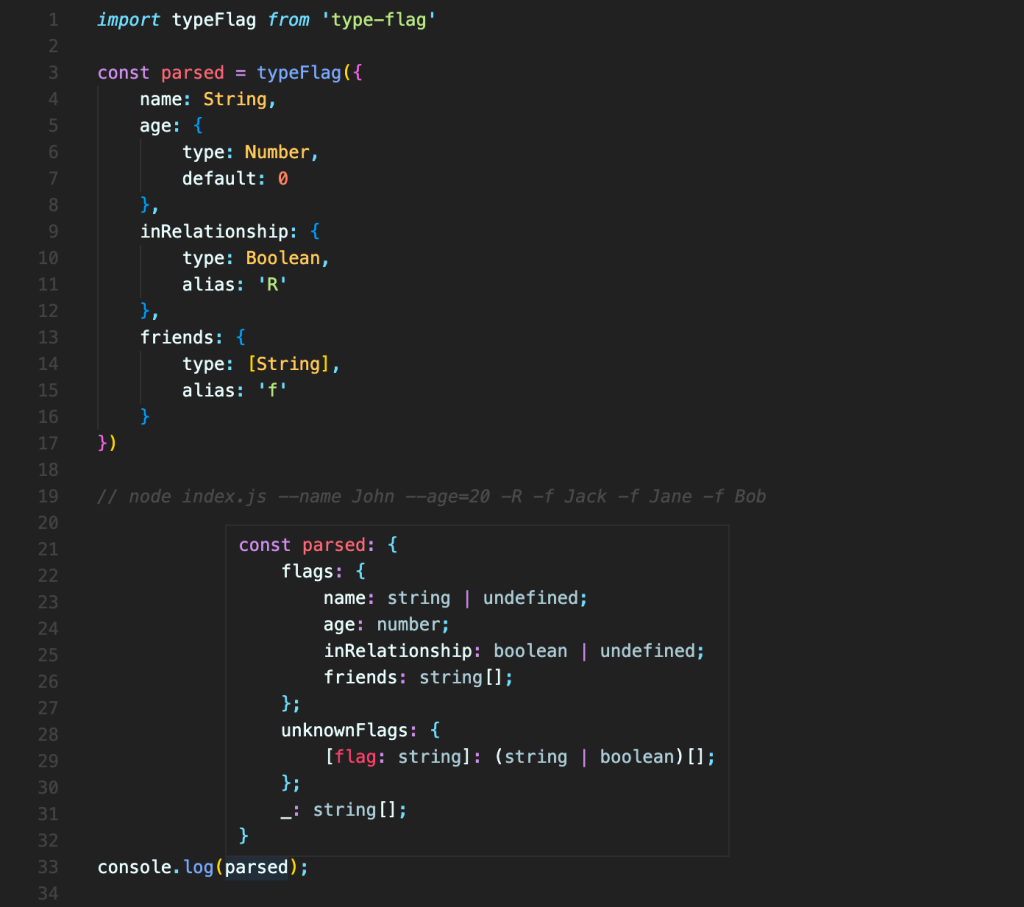 Developers are always looking for ways to make their development process even faster. Tailwind is a utility-first CSS framework for quickly building websites without leaving your HTML. You can put classes like flex, pt-4, text-center, and rotate-90directly into your markup. Version 3.0 has even better performance, improved workflow, and lots of new features. Check out the video below for the major changes, or read up on all the updates on the Tailwind blog.

We’ve featured a lot of Python projects in our Release Radars. Here’s another big one for you: Django. It’s a high-level Python web framework for fast development. Build websites quicker, with less code. The latest version of Django includes tonnes of new features. Some of the major ones are built-in support for Redis, easier customisation of Forms, Formsets, and ErrorList, as well as zoneinfo being the default timezone implementation. Read up on all the big changes on the Django blog.

Never share your secrets! You won’t have to with Trousseau. This project provides a Kubernetes-native way to encrypt and protect your secret resources. It’s the first stable release and has support full of Hashicorp Vault Community and Enterprise edition. Trousseau version 1.0 has been affectionally named “Funny Cookie”. Congrats on your first major release. 🎉

Learning has been a great hobby during the COVID-19 pandemic. RegexLearn teaches you how to write regex with a step-by-step guide. There’s a cheat sheet to follow, lots of examples and tonnes of tutorials. The RegexLearn Playground is in beta where you can play around with the code. Congrats to the team on shipping this awesome open source project. 🎉

Hmm Cake, but not that kind of cake. We featured Cake 1.0 in the February Release Radar, and now Cake 2.0 is here. Cake, short for C# Make, is a cross-platform build automation system with a C# DSL for tasks. Things like compiling code, copying files and folders, running unit tests, compressing files and building NuGet packages. Since our February Release Radar, Cake has several breaking changes, such as C# 10 & .NET 6 support, improved support for .NET CLI, GitHub Actions, and Azure Pipelines. Check out all the changes on the Cake blog.

Another one for the CSS fanatics in the room. Open Props is a collection of over 350 CSS custom properties. It’s been built to help accelerate adaptive and consistent design. There’s everything from colours, to gradients, shadows, typography, and more. You can even try it out in the browser by heading to the website. Once again, congrats on your first big release. 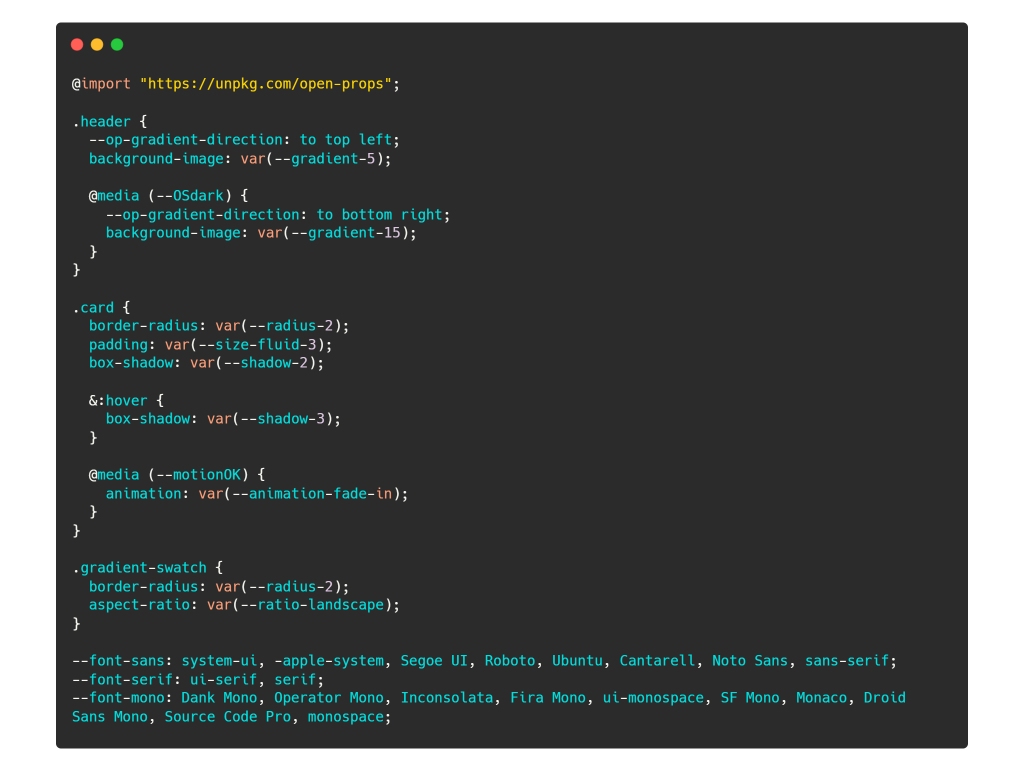 Well, that’s all for this month’s top release picks. Congratulations to everyone who shipped a new release, whether it was version 1.0 or version 11.0. Keep up the great work everyone! If you missed out on our last Release Radar, check out the amazing community projects from November.

We hope these releases inspire you to get involved in open source or update your latest project. If you are working on an open source project and shipping a major version soon, please get in touch. You can now check out our new Release Radar repository, and submit your project to be featured on our blog.