A new public beta of GitHub Releases: How we’re improving the release experience

GitHub Releases has a new look and updated tools to make it easier for open source communities to create and share high-quality releases with auto-generated release notes.

GitHub is where developers come to learn and celebrate what’s new in open source, and where maintainers share, collaborate and celebrate their community’s work. One of the most important parts of the software development life cycle is delivering your software to those who use it. Today, we are sharing some recent improvements we’ve made to GitHub Releases in a new public beta to make it easier to create and communicate compelling, high-quality releases while encouraging collaboration and engagement from the community.

What are GitHub Releases?

Releases have been a core part of the GitHub experience since 2013 and serve as a way for maintainers to manage and promote releases for their projects alongside their project’s code. Open source consumers can review release notes and assets and integrate releases right into their work. 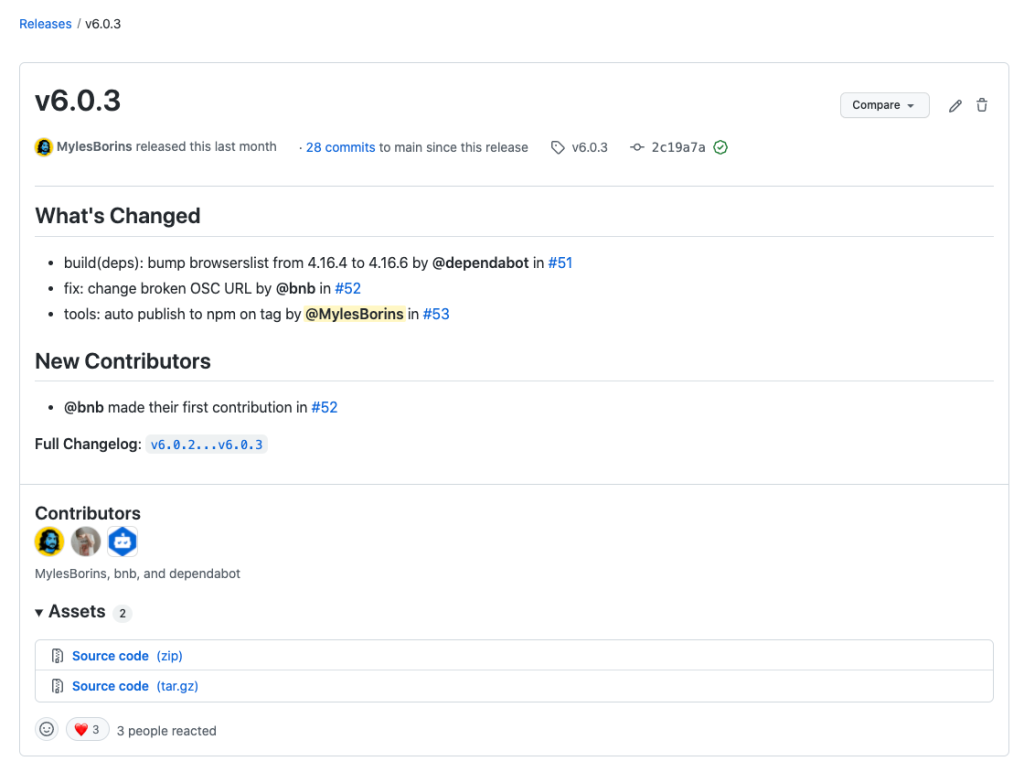 Throughout the year, we spoke with maintainers about what they wanted to see improved in the release process. Without hesitation, every maintainer said the same thing, “Release notes.”

We heard that feedback, and we’re extremely excited to ship the ability to automatically generate release notes as part of a new public beta, available today, on all repositories on GitHub.com.

Now, when you automatically generate notes for a release, we’ll identify all of the pull requests that are part of that release and create a summary for you, as well as recognize first-time contributors to your project.

Pro tip: If you are automating releases with GitHub Actions, we have an API that you can use in your workflows to integrate the new Automated Release Notes feature right into your existing actions pipeline.

This is a small but meaningful change that improves the release process for maintainers by minimizing an otherwise time-consuming and manual process. Check out how to get started in our docs.

A complete UI refresh for Releases

In addition, the Releases UI gets a fresh new look to give more clarity into what’s in a release. This gives communities the chance to celebrate those who contributed to each release by prominently displaying the profile pictures of contributors. Anyone on GitHub.com can react to releases with emoji or click to sponsor a project they wish to support.

This new UI is not yet turned on by default, so if you’re interested in using it head over to the Feature Preview to enable it on your repositories. Check out how ⬇

We’ve been building up Releases for quite some time, so we want to take a quick look at all the smaller ships that helped us get here, and how they all help to improve the release process on GitHub:

As of today, the new updates to GitHub Releases are available in beta for everyone on GitHub.com. So try out auto-generated release notes, enable the new UI and let us know what you think!