Highlights from Game Off 2020

Game Off is our annual month-long game jam. This year’s theme was “moonshot,” and there were more than 500 tre-moon-dous submissions! 🌛 Here are some of the top-rated games as…

Game Off is our annual month-long game jam. This year’s theme was “moonshot,” and there were more than 500 tre-moon-dous submissions! 🌛

Here are some of the top-rated games as voted on by the developers themselves.

A Trip to the Moon

A trip to the moon is a story-driven platformer inspired by “Un voyage dans la Lune.”

By @Remruts
“A-ma-zing. I’ve had a ton of fun, everything is spot on: graphics, animation, audio, level design, writing.. it’s a real gem.” – @Akien

Paralunar is a 2D shooting game set inside a haunted castle on the Moon. Shoot, float, dash, and bounce around in low gravity while exorcising ghosts and other vengeful spirits!

“What an amazing idea for a game! I am absolutely stunned at the creativity. I lost a lot of time tonight just tinkering with my commands, and talking to another random player trying the game out.” – @diego-escalante 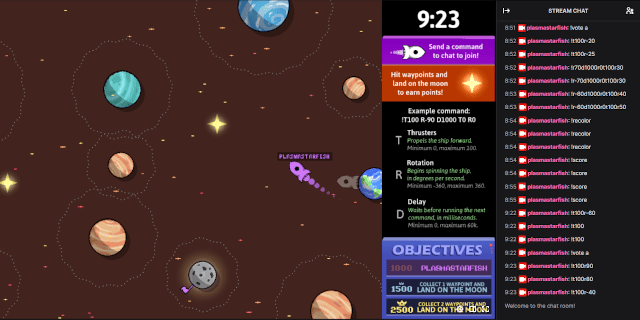 Launch Party is a multiplayer ship-programming game played via Twitch stream. Write some code, send it as a comment, and watch your ship take off! Everyone is racing to be the first to land on the moon.

By @PierreVandermaesen and @alessandraurso
“Incredible job! This is a complete game in every sense. I love the concept, the interface, and the graphics.” – @never-k 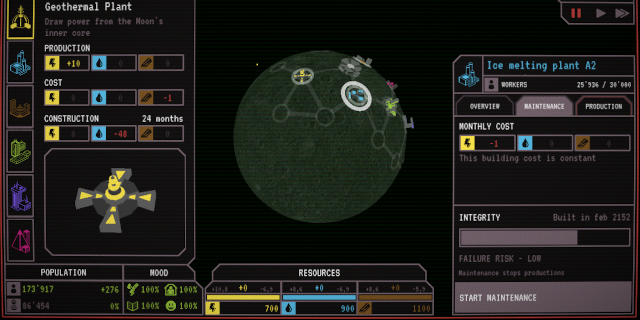 In Moonkind, you are mankind’s last hope. Keeping the last-surviving humans alive will require determination, ingenuity, and strong management.

“Amazing entry, had so much fun with it! The atmosphere, gameplay, and graphics really tied it together.” – @plasmastarfish 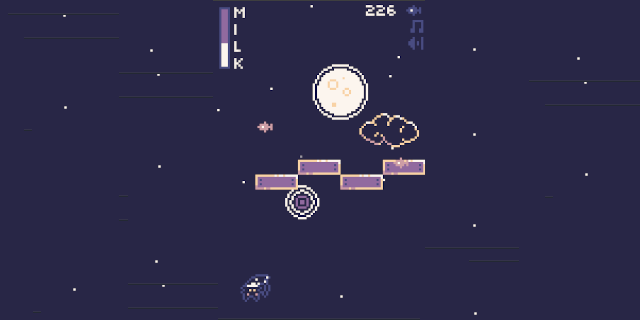 As the name suggests, Catapult is a game about catapulting a cat to the moon. Simple. Fun!

By @MrBundles
“A really fantastic submission. Reminds me of other “programming” games like SHENZHEN I/O or Human Resource Machine.” – @manicmoleman 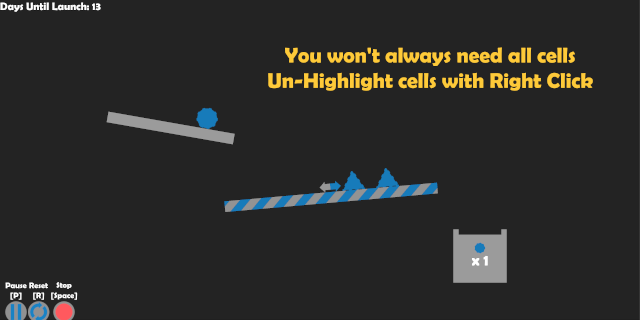 You are preparing for an upcoming rocket launch, and you have the most important job of all… Packing Boxes. This is a fun physics-based puzzle game with some interesting mechanics.

By @HealliesGames
“This is an amazing pool game! I love how you created so many different effects. The art and music are absolutely enamoring too.” – @DakotaHall It’s pool, but with planets! Throw the moon as a cue ball and send planets into black hole. Exploit planets’ effects to score the maximum possible score.

“This was a really fun one! The visual effects for firing the gun (overcharged or regular) makes it really fun to use.” – @dsmith111

You are a normal person that does normal things, that some how got held prisoner in some sort of science facility, where you have a strong desire to escape. Find your way out using a weapon that harnesses the power of the moon to blast your way through scientists, guards, mutants, and other enemies in order to see day light again.

“This game is utterly gorgeous, both visually and aurally, but you knew that already.” – @perey

Embark on a journey alongside MonMon in a perilous world plagued by beasts that wreak havoc in the realm. You are tasked with bringing peace to the poor inhabitants of the land in exchange for special abilities that derive their force straight from the moon.

“The beautiful artstyle and positive message of the narrative is fantastic.” – @biomatrix1-15

Humans decided that the ego that came with greed and treasure was too much to bear, and thus sent their treasured belongings to space. Unknowingly, they sent it straight towards a world of small, innocent white bears—imposing on them a great, otherworldly force that they are unused to …

“Excellent work for a game jam. The story was compelling and moody, and the art and audio work were fantastic.” – @plasmastarfish 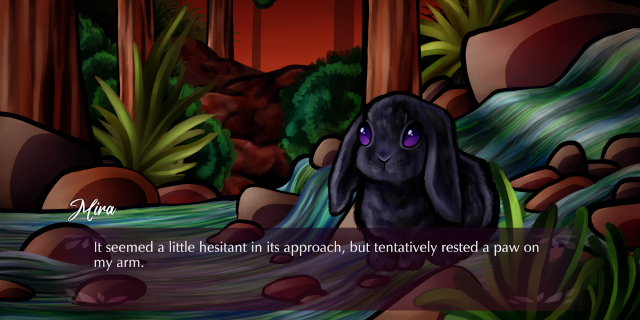 When Mira arrives back at the cabin now abandoned, searching for clues among memories and manuscripts, she finds an unexpected friend in the form of a bunny with a fuzzy black coat. After speaking to it about her troubles, she realizes that it isn’t just the bunny who has been listening…

You are a small self-conscious vacuum cleaner and wake up in the middle of a big scrapyard. If you want to get out of it alive, you will have to face many challenges and think about the time to risk or play safely.

“I loved the soothing music that was integral to the gameplay, watching the notes create stars in its path upward.” – @biomatrix1-15 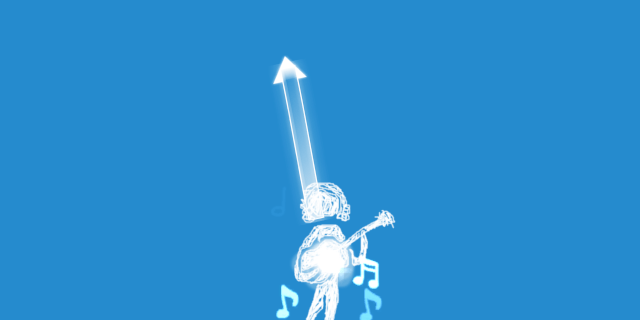 This game is about our own personal moonshots; those small steps that ultimately lead to success, as long as we dare take them.

“Wow, this was a blast! Really polished, loved the voice acting and character models.” – @smokecastles

“Wow, amazing gem, really loved the music and sound design, the mechanics of trading are simple but interesting, and the hand painted cats are totally <3” – @xPheRe 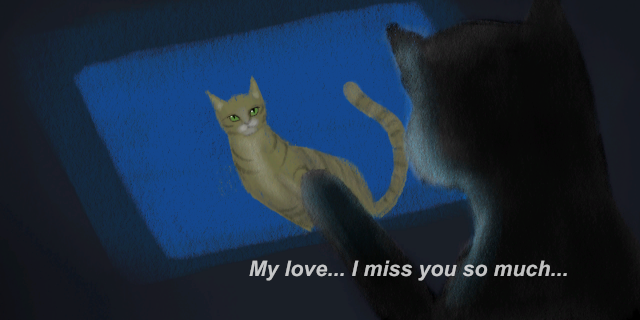 Saturn is a long way from Earth and you could only afford a ticket for one. The love of your life stayed behind. The distance is unbearable so you must buy a ticket for them to join you!

“Polished, clever, difficult, and with a surprisingly compelling story. (It’s certainly kept me going “one more level!” longer than the puzzle alone would have.) Nicely done!” – @perey

You landed a job as a destruction sequence manager. Your job: find the proper sequence to fire the Moonerator laser to destroy the moons. Find the perfect sequence for each moon!

“Super clever mechanic, took me a few goes to get even basic mastery 🙂” – @thomasmichaelwallace

Shoot mini-moons at other planets to push them to their doom and be the last celestial body in orbit!

“The mechanic and technicality you shown just blew me away.  I love the instruction panel, tutorial check-boxes and the concept behind it.” – @rumbledot 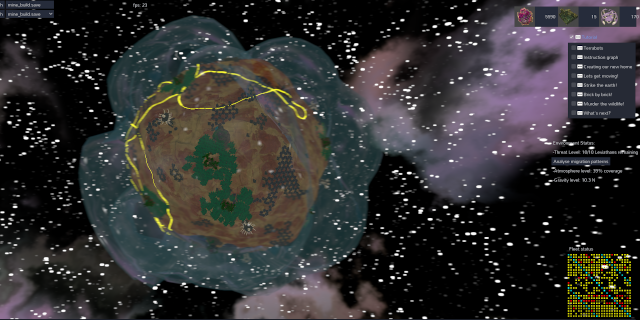 The old world is dead. But the Terrabot fleet is awaiting your orders. Let them mine, build and fight such that they may settle in their new home.

Stairway to the Moon

The only way to go is up, and to the right in this fun little roguelike.

“Wow, what an incredibly well polished game. To have made this in one month is a moonshot achievement 😉” – @ColorPallete 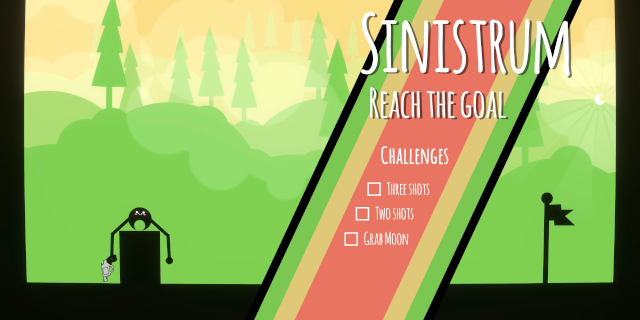 “I love the spell mechanic, definitely unique. You have made a great foundation for a mix of mmorpg and a “smash tv” game like. Very interesting!” – @jvalen 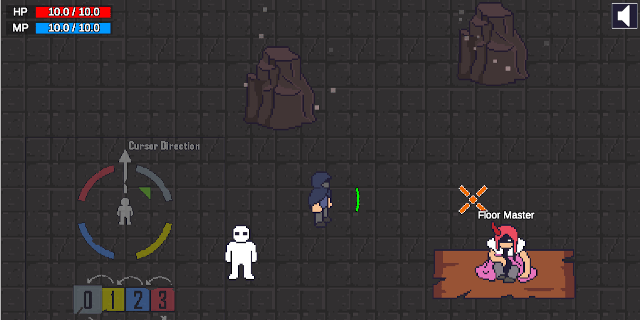 A magical game about structuring and casting spells.

That’s just a sampling of the games. You can view all of the submissions on itch.io—filter by operating system, or view all the games that you can play in the browser or on mobile.

In addition to playing these games, you can also view the source and experiment with them. Based on a hunch, I have a feeling you can search for gravity in the source in almost all of these games and have fun with halving or inverting that value. 🤣

Thank you to everyone who took part: for playing, rating, and leaving feedback on all of the entries. Also, a  special shout-out for those who helped in the forums and Discord. That’s what makes this annual game jam so special. <3

What game(s) did you most enjoy? Let us know on Twitter with the hashtag #GitHubGameOff. Screenshots, GIF, and videos of your gameplay are encouraged!

13 ghoulish games to play, hack and slash this weekend 👻

WARNING: This post contains zombies, werewolves, extra dimensional beings, mummies, and more! Proceed at your own risk. Trick or treat yourself to some fangtastic Halloween-themed games this weekend. These were…