Since releasing the ability to suggest changes to code in a pull request, we've received lots of positive feedback—see what we've learned!

Two weeks ago we released suggested changes, a feature that allows you to suggest changes to code in a pull request. Once changes are suggested, the author or assignees can accept (and commit) suggestions with the click of a button. 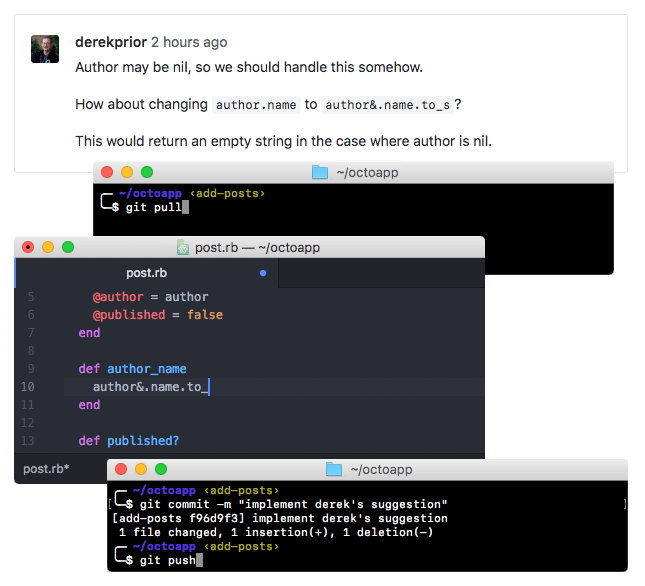 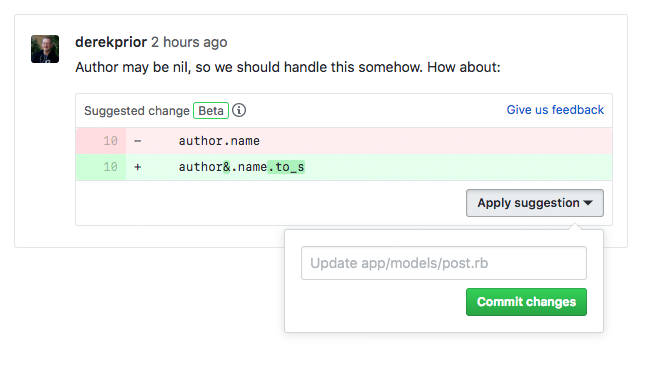 Between the number of suggestions created and the feedback we received from over 2,500 people who have used the feature, you’ve helped us understand what we can improve moving forward.

By far the most frequent requests were:

We want to make suggested changes the best feature it can possibly be. Your feedback is valuable and will inform our next steps. Until then, we encourage you to try out suggested changes and tell us what you think.