After our GitHub Issues public beta announcement at GitHub Universe, we’ve seen teams start to engage with and adopt project tables, boards and all of our recently released features. Now that we’re in the public beta, we’re going to continue to ship on the same cadence we did during private beta (every 2-3 weeks), engage with your feedback, […] Since changing the behavior of the assignee control to speed up assigning users, we’ve made a few updates based on your feedback. Now when there are less than 30 possible assignees, the assignees control will list all potential users rather than a limited set of suggestions to make it easier for people in small organizations […] 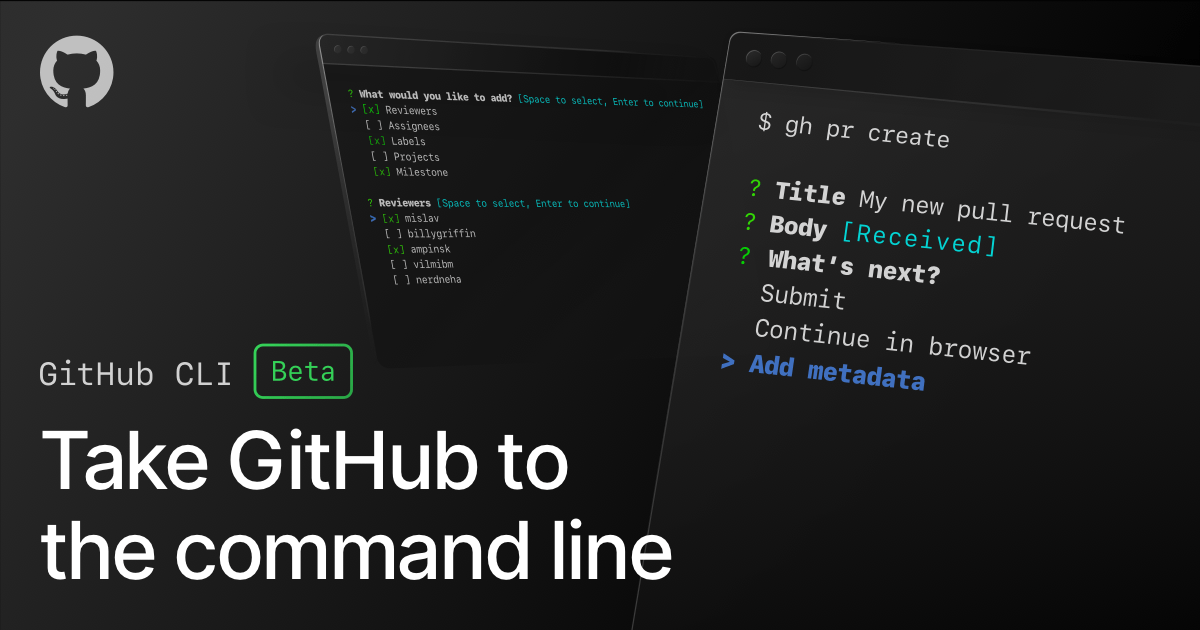 GitHub CLI allows you to close, reopen, and add metadata to issues and pull requests

GitHub CLI 0.8 makes working with pull requests and issues from your terminal even simpler. This release includes two primary features: You no longer need to open your issue or pull request in the browser immediately after creating it just to add metadata. Now you can add reviewers, labels, assignees, projects, and milestones (as applicable) […]