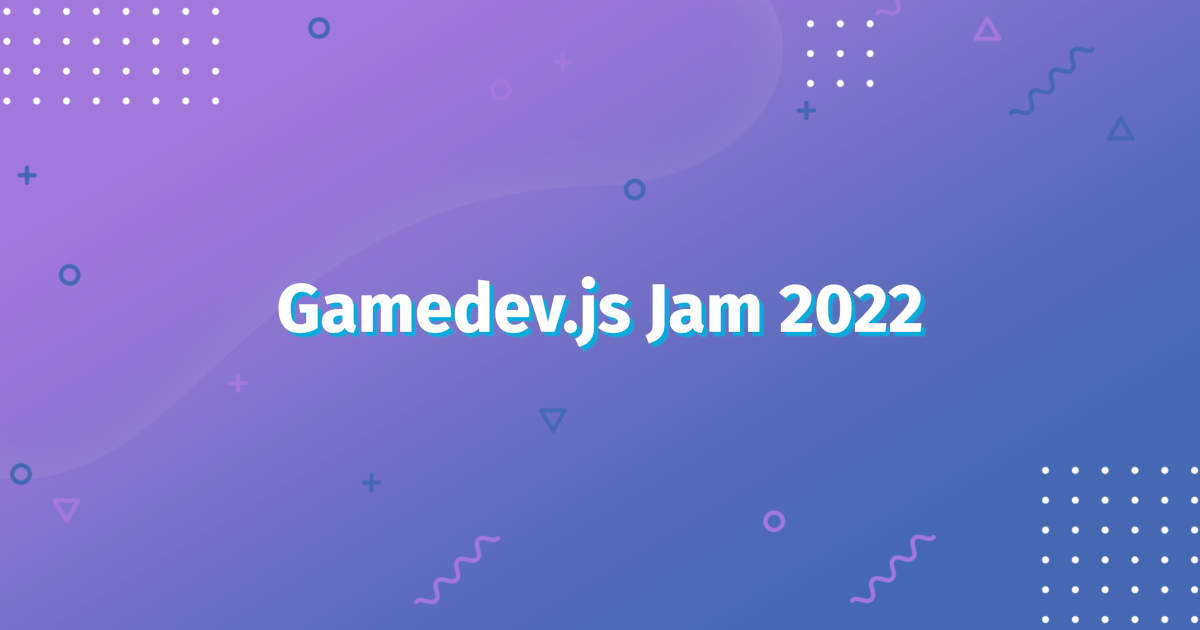 This is a guest post by GitHub Star, @end3r, a.k.a., Andrzej Mazur. Andrzej is a web game developer and technical evangelist, founder of Enclave Games indie studio, creator of the js13kGames competition, and Gamedev.js community firestarter—amongst other things!

The recently-ended Gamedev.js Jam 2022 encouraged game developers to create web games and share their sources on GitHub. Let’s look at the best 13 entries and see what experts and other participants think of them.

You might’ve already heard about the js13kGames competition, which has been running since 2012. Besides the fun challenge of squeezing your game’s assets into a 13 kilobyte zip package, another requirement is to provide the source code in a readable form on GitHub. The Gamedev.js community started around that time as well, but focused on local meetups and hackathons over the years, with the Gamedev.js Weekly newsletter being published regularly since 2014. Fast forward to 2020, when the first online Gamedev.js Jam was held, and the third edition in 2022 was the first to ask the developers to (optionally) provide the sources of their games.

That call was answered. Out of 95 submitted games this year, 27 provided their source code on GitHub. As some scientists would say, not bad, not terrible. Below, you will find the best 13 entries out of that 27, based on the overall results (this year’s theme was RAW), along with the feedback about them:

1. Aaron’s Quest IV: While Moses Was Away

Ratings: second place overall, #2 in Gameplay, #2 in Innovation, and #7 in Audio.

Joep van Duinen: The game feels really rewarding to play. You can add lots onto the game, like new upgrades, maps/modes (for example, time trials to get certain objects), maybe there are different workers, or upgrades to workers that make them more efficient as the game gets longer/harder. You made a really simple game, but it works so well, congrats! I’m excited for the future of the game.

Raptor9999: Fun gameplay loop! Everything is quite balanced, and the controls work very well. I surprised myself how well I was able to slice what I was looking for, even when the belt was moving that quickly!

Ratings: 12th place overall, #1 in Theme, #2 in Decentralized, and #3 in Web Monetization.

Omhet: This game made me laugh! Very innovative take on a casual genre. I think Gordon would’ve liked it.

Johnonym: This game has interesting and unique mechanics, which is definitely something you can explore further. Being able to swap any bit made the game easy.

Ratings: 17th place overall, #3 in Decentralized and #9 in Gameplay.

Photonstorm: Really quite fun! Although, I wish the pick-ax worked a lot faster, as it took ages to get going. Once you did, it was compelling to carry on collecting gems.

J.C. Games: I love the idea of features of the game getting added as you play!

Makritzaa: I love it! You made a great game!

Melky Pop: What a cute game! I wasn’t sure how to serve the plates until I read instructions, so I think it would help to have those instructions in the game. The game starts off chaotic and hard, and those customers just do not wait.

Caiofov: Nice game! The fact that you have covered the song makes it even better. I found it pretty hard. I need to keep playing it. I hope we can see some updates in the future!

Heru: I loved the art and the animation in the start screen. Nice job there.

BuyMyBeard: I love the visuals of this game, the intro, and the theme.

Dashing Strike: That’s a really solid game! I played quite a few times, managed to get 4,600 points. And… then I saw someone’s comment about beating the game, so I had to go play again until I did. I really like the ASCII graphics, though definitely not feeling like a terminal emulator. They still do really set the mood. Audio’s good too!

That’s it! Make sure to check the entire collection on itch.io if you want to see what was built and offered to their sources. We do hope to see even more open source games with their code on GitHub next time for Gamedev.js Jam 2023. Make sure to join on itch.io already if you don’t want to miss it! Want to be part of the community? Follow @Gamedevjs on Twitter and join our Discord server.