With Linux celebrating it’s 30 year anniversary, I thought I’d use that as an excuse to highlight 30 of my favorite free and open source Linux games, their communities, and… 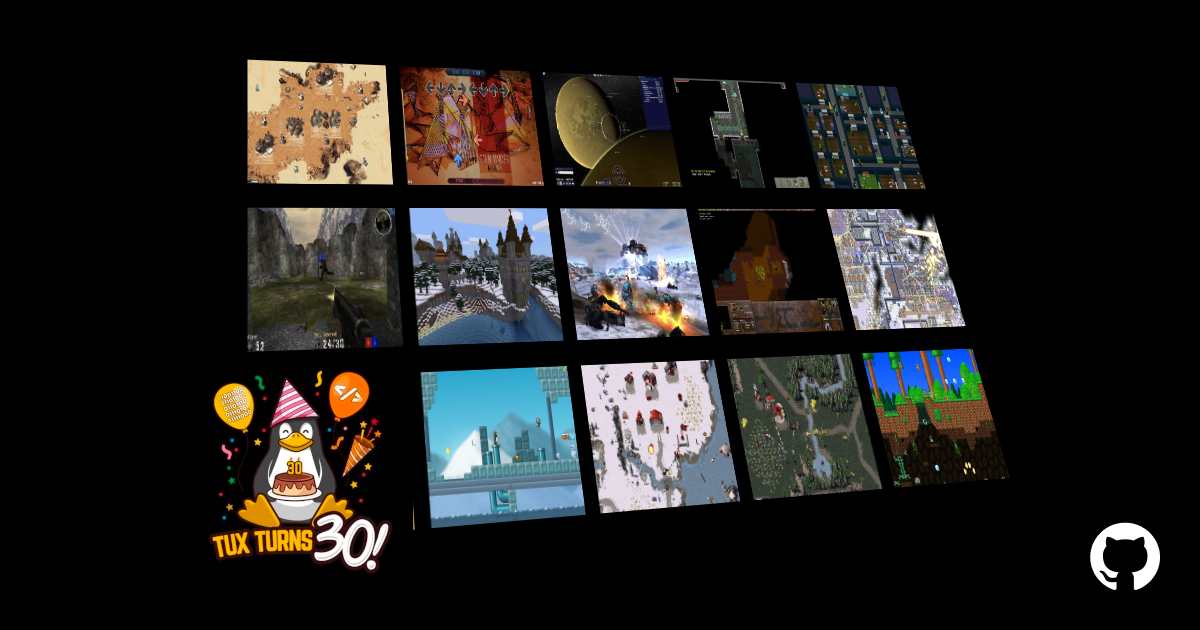 With Linux celebrating it’s 30 year anniversary, I thought I’d use that as an excuse to highlight 30 of my favorite free and open source Linux games, their communities, and their stories.

If you’ve haven’t been following along, here’s part 1 and part 2 in the series. Here are the final 10 in no particular order. 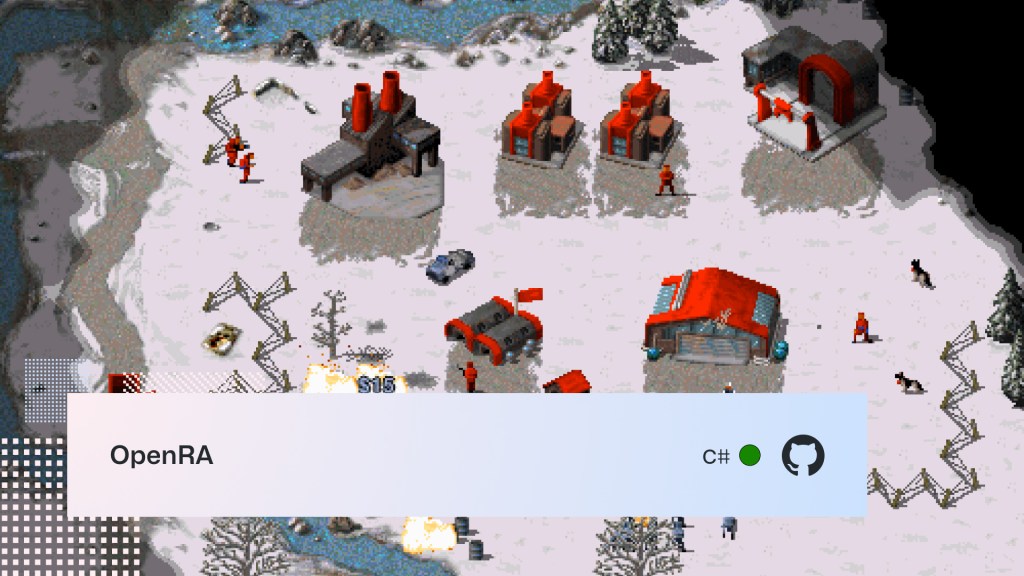 If you ever played Dune 2000, Command and Conquer, or Red Alert then OpenRA is for you. It’s basically those games remade for modern computers with updated gameplay, new campaigns, user-created and curated maps, and online play.

ProTip: Play a practice game or two ten before you play online. This will save you some embarrassment and/or friendships, as longtime players tend to have high expectations of their teammates. 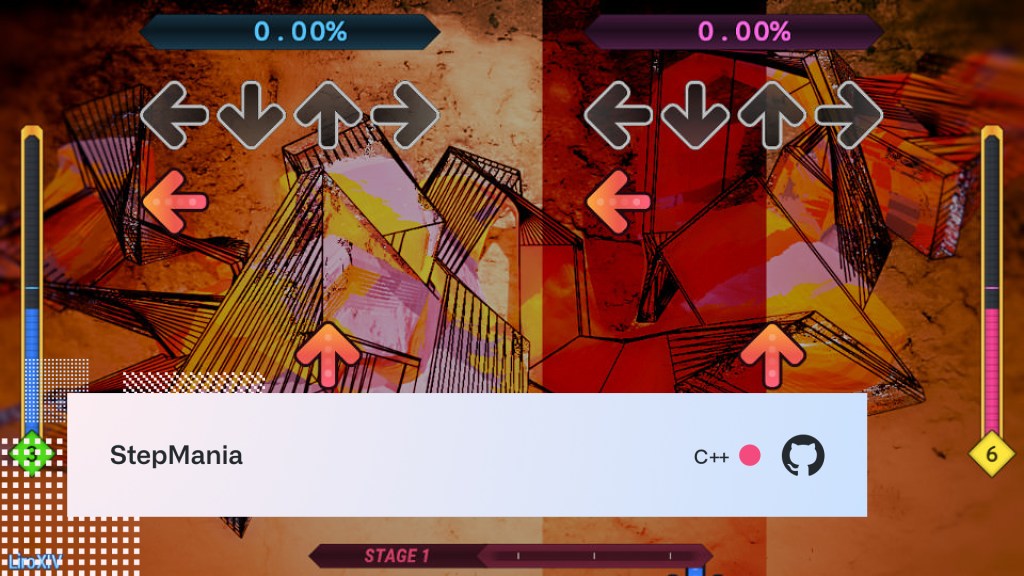 StepMania is a free dance and rhythm game featuring support for dance pads and an editor for creating your own steps. It was originally created as a clone of Konami’s DDR, but has since evolved into something much more that can be used for both home and arcade use.

This is the perfect weekend hack project to turn your garage into a dance studio and work on your cardio. Yes, this is experience talking. 🕺🏻

Did you know: There’s a fork of Stepmania called Project OutFox that aims to “modernize its codebase to improve performance and graphical fidelity, refurbishing aspects of the engine that have been neglected, and to improve and expand its support for other game types and styles.” The latest OutFox Alpha 4.9.9 release is packed with new features and bug fixes 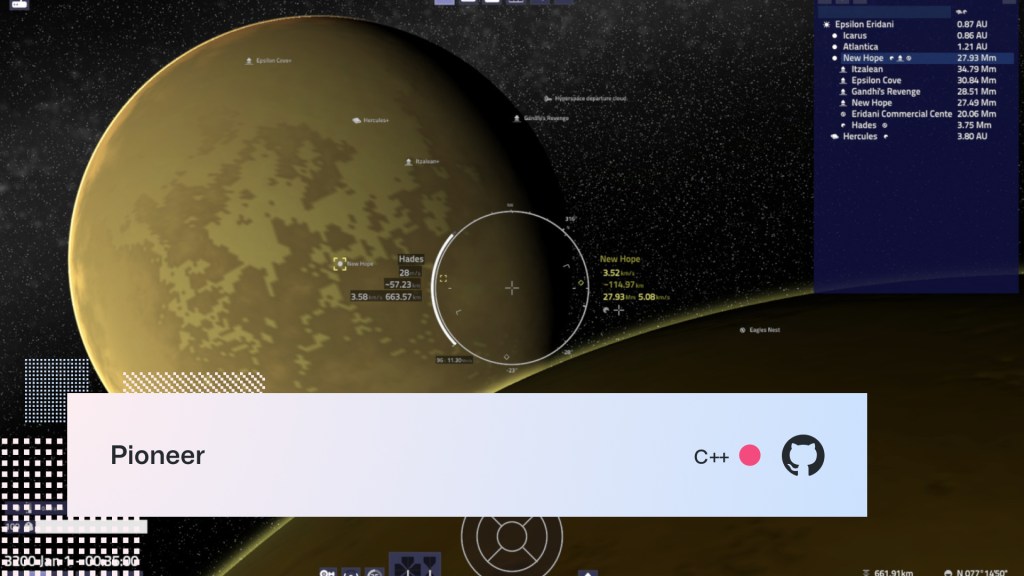 Pioneer is a space trading and combat simulator video game inspired by Frontier: Elite 2. Players can explore millions of star systems, trade, or turn to a life of crime, piracy, smuggling, and more.

Pioneer had a steady stream of new releases last month, introducing improved music selection and new tracks, as well as a remodel of a classic ship, amongst other things. View the model on SketchFab—she’s a beaut! 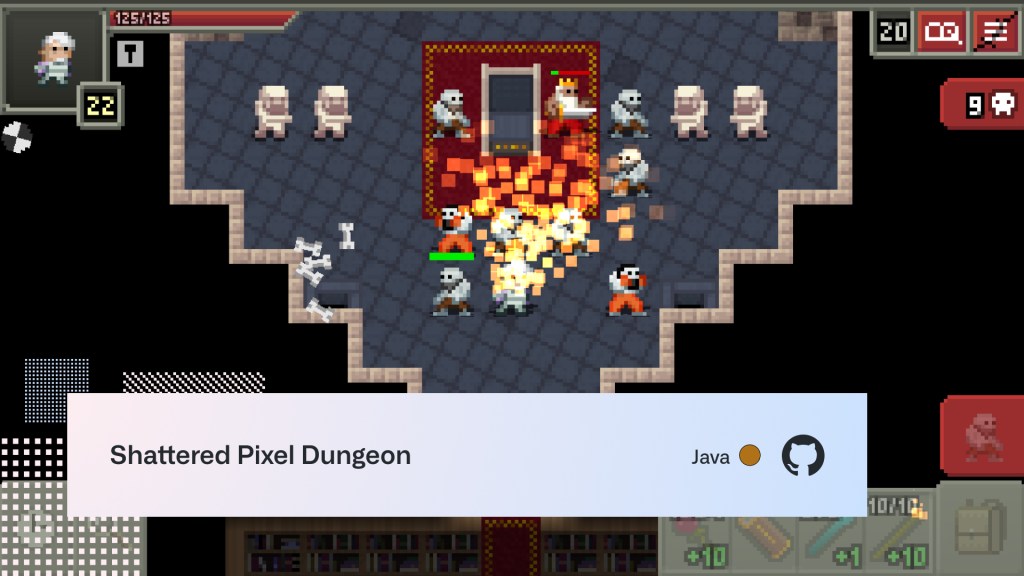 The game actually started life as mod for Pixel Dungeon and was only supposed to be a project lasting a few months back in 2014. Thanks to the overwhelmingly positive reaction from the community, it has since evolved into its own game but still shares some code and other assets with its predecessor.

This game offers lots of variety, lots of playability (and difficulty!), and will keep you coming back for just more game.

Fun fact: I installed this on my iPhone last week and have sunk so many hours into it, I haven’t had time to complete this third blog post in this series. Don’t tell my editor! 🤫 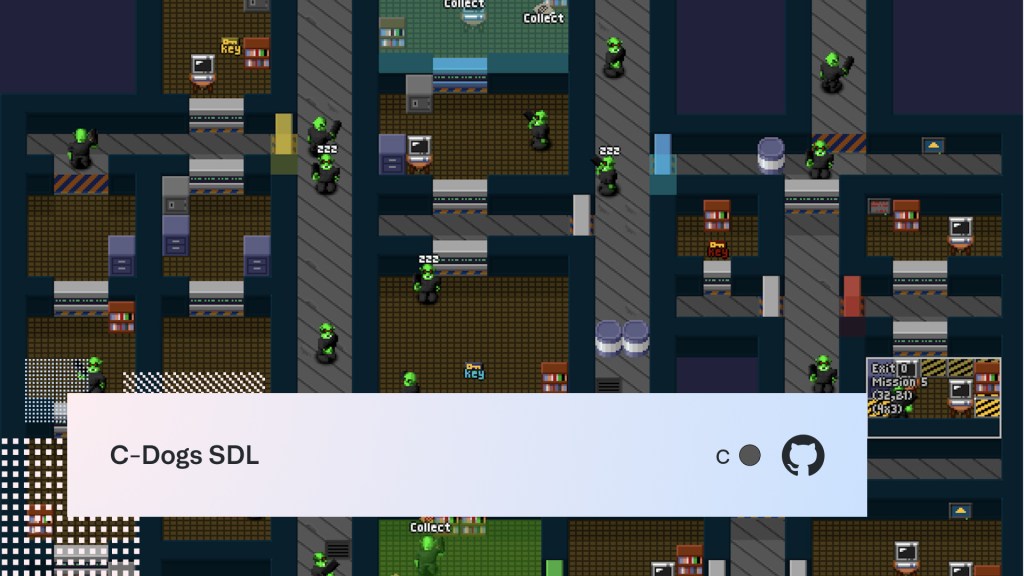 C-Dogs SDL is a 4-player run and gun game where you …well, run and gun with or against the other players. The release notes are always chock full of pixely goodness. The latest update shipped with AI updates, and weapon sprites to see what your enemies are holding.

Did you know: C-Dogs was a freeware DOS game made in the nineties by Ronny Wester. In 2002, the game was open sourced and then ported to SDL by Jeremy Chin and Lucas Martin-King. Today, the project is maintained by @cxong, who with the help of the community, has introduced amazing new features like 4-player multiplayer, co-op AI, moddability plus new campaigns/maps. 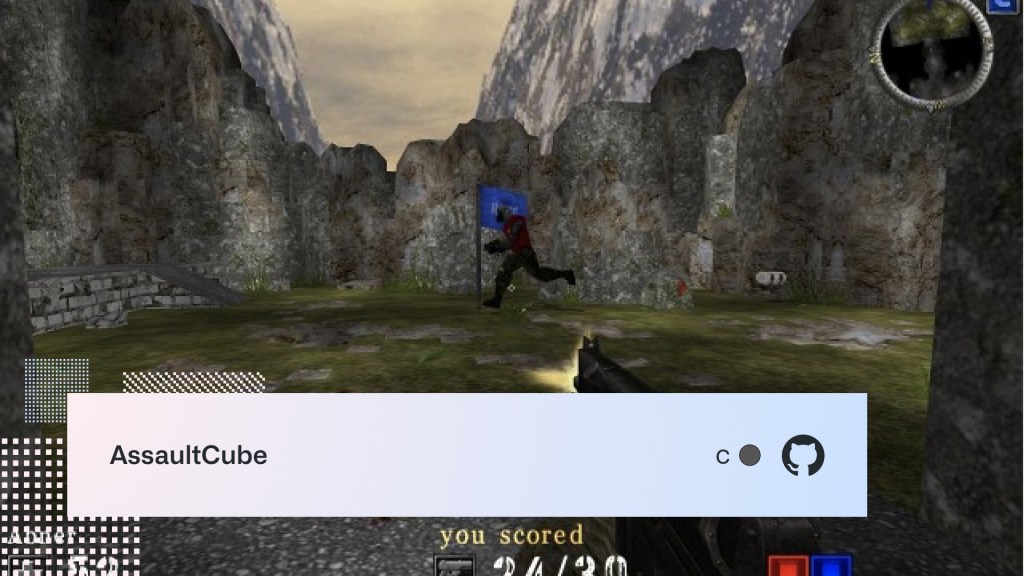 AssaultCube is a multiplayer first-person shooter game that packs a punch in a lightweight 50MB package. Play some Deathmatch, Survivor, Capture the Flag, Hunt the Flag, Keep the Flag, Pistol Frenzy, Last Swiss Standing, and One-Shot One-Kill with your office mates or friends.

Did you know: The game has a built-in map editor and enables co-operative editing in real time with others. No more back and forths over your favorite version control system! 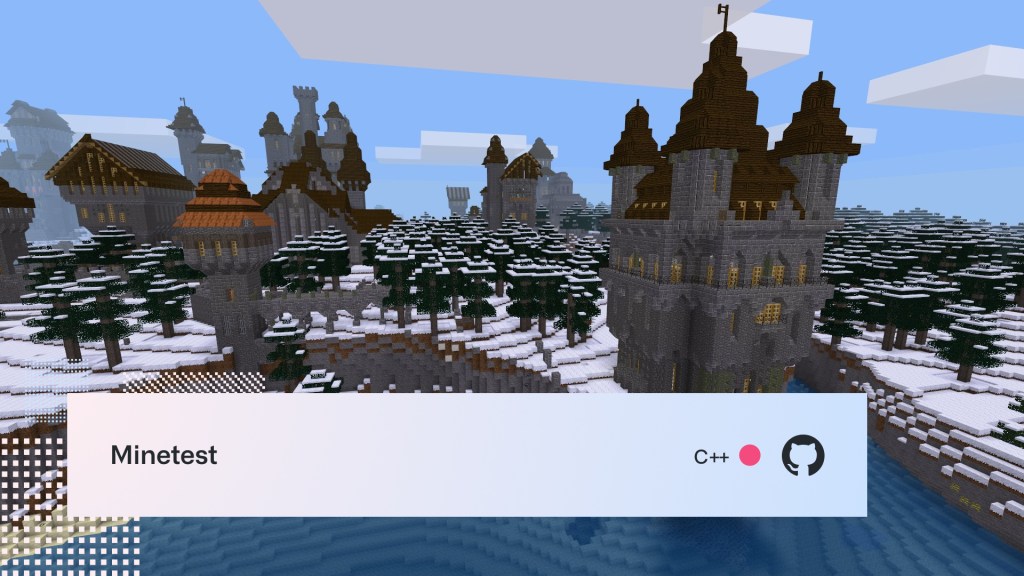 Minetest‘s may be a bit blocky, but the gameplay that this open source voxel game engine provides is fantastic. Choose from one of many games, or create your own games and mods. Play by yourself, locally with friends, or online in worlds that measure 62,000 x 62,000, 62,0000 blocks. That’s right, you dig a mine 31,000 blocks down.

If you’d like to get involved, this guide will tell you how you can join the community and report issues, review code, work on code, etc. 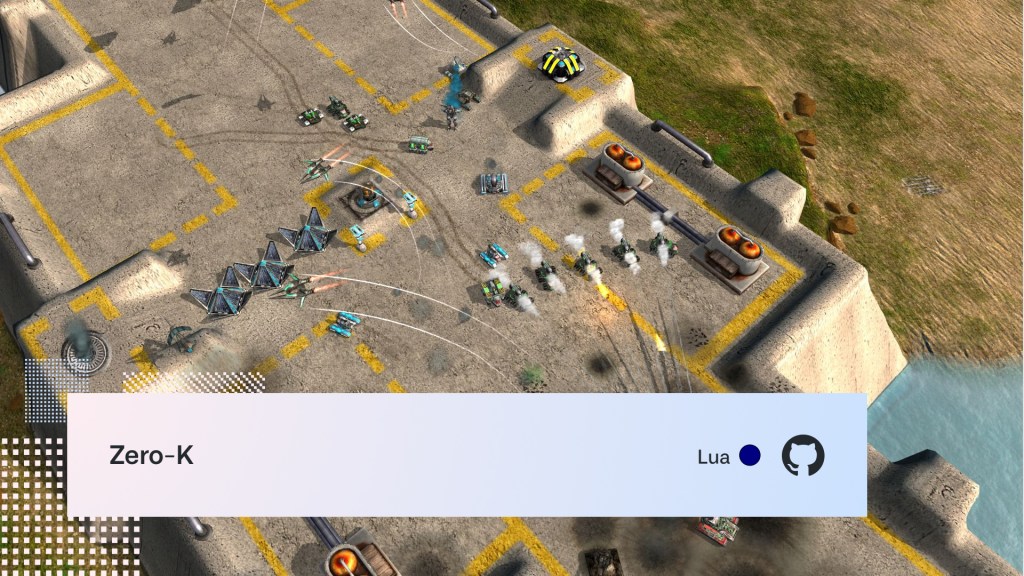 Zero-K  is an RTS game fought over land, air, and sea with hundreds of maps and units at your disposal. Play in single-player campaign mode, multiplayer with friends, or powerful AI.

It’s built on top of the open source Spring game engine, and the team welcomes new contributors. Check out the guide to getting started. 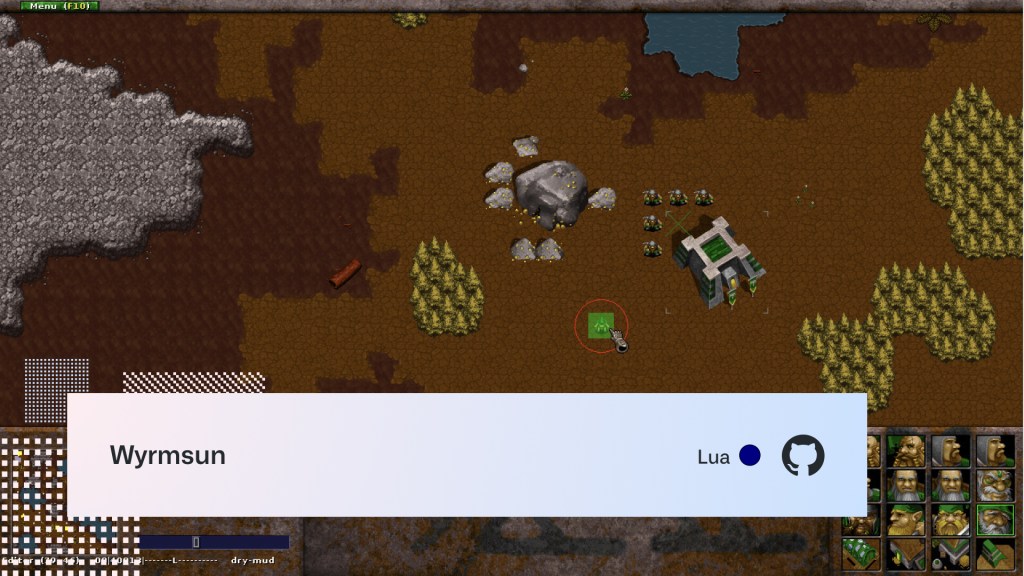 Wyrmsun is a real-time strategy game based on history, mythology, and the lore of other open source games, like Battle for Wesnoth (featured in the first blog post in this series). There’s even an in-game encyclopedia, describing the units, buildings, as well as their historical and mythological sources of inspiration.

If you liked Warcraft II, you’ll love this. 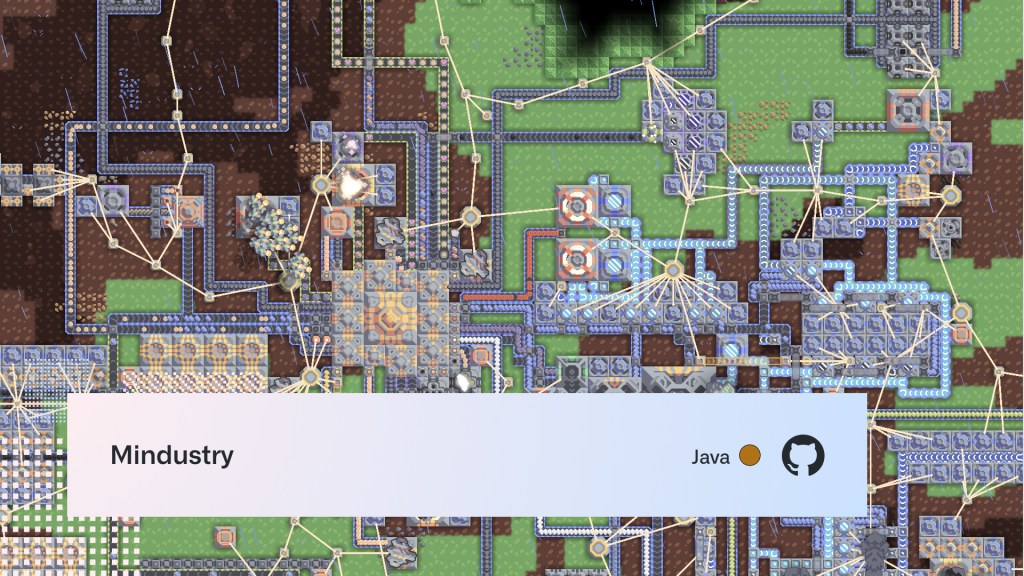 What happens when you cross a tower defense game with a factory game? You get Mindustry—a beautiful hybrid of both created by game developer @Anuken. Create elaborate supply chains of conveyor belts, feed ammo into your turrets, and produce materials to use for building to help stop wave upon wave upon wave upon wave of enemies.

Words and pixels don’t do this justice. You’ll definitely want to check this out for yourself. 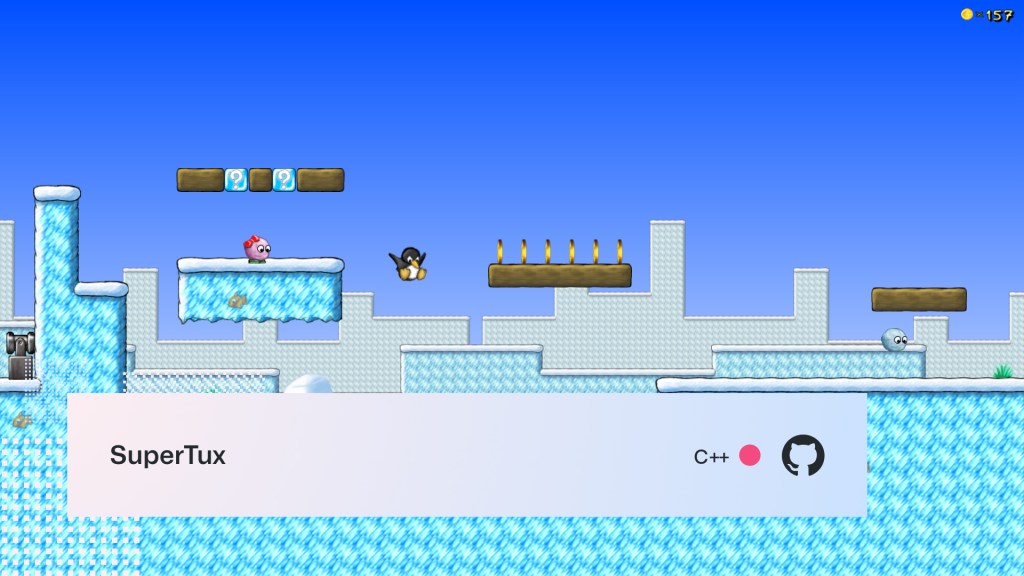 We started this series with a penguin. We’ll end it with one. Tux makes another appearance in SuperTux—a classic platformer similar in style to that game with the Italian plumber brothers—I forget the name. In addition to the story mode, you’ll find a large number of community-created levels available as add-ons.

Would you like to contribute? See the open issues and of course CONTRIBUTING.md.

Well, that’s a wrap. That’s just my take on the best free and open source Linux games. There are definitely more out there and it was hard deciding which ones to cut.

Editors note: That makes 31 games by my count. This wouldn’t be the first time Lee’s been involved in an off-by-one error 🤭 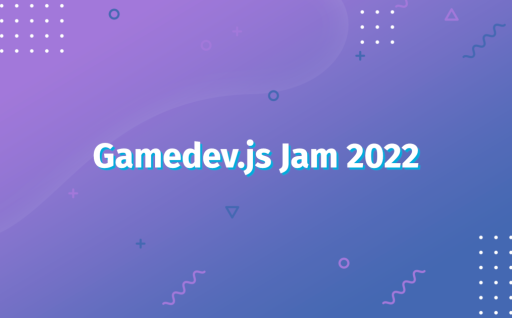 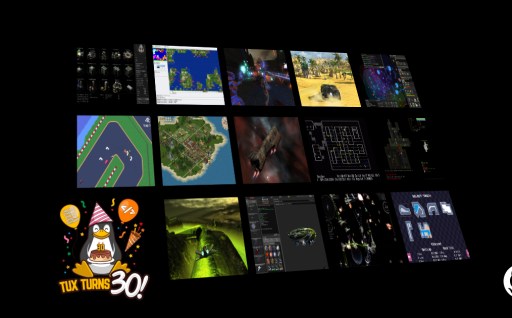 Linux is celebrating its 30-year anniversary, so I’m taking the opportunity to highlight 30 of my favorite free and open source Linux games, their communities, and their stories.   I…

Linux is celebrating its 30-year anniversary today, so I’m taking the opportunity to highlight 30 of my favorite free and open source Linux games, their communities, and their stories! If…