The impact of that first repository: Winners of the #myfirstrepo contest

We’re sharing the #myfirstrepo contest winners along with how you can easily find your first repository. 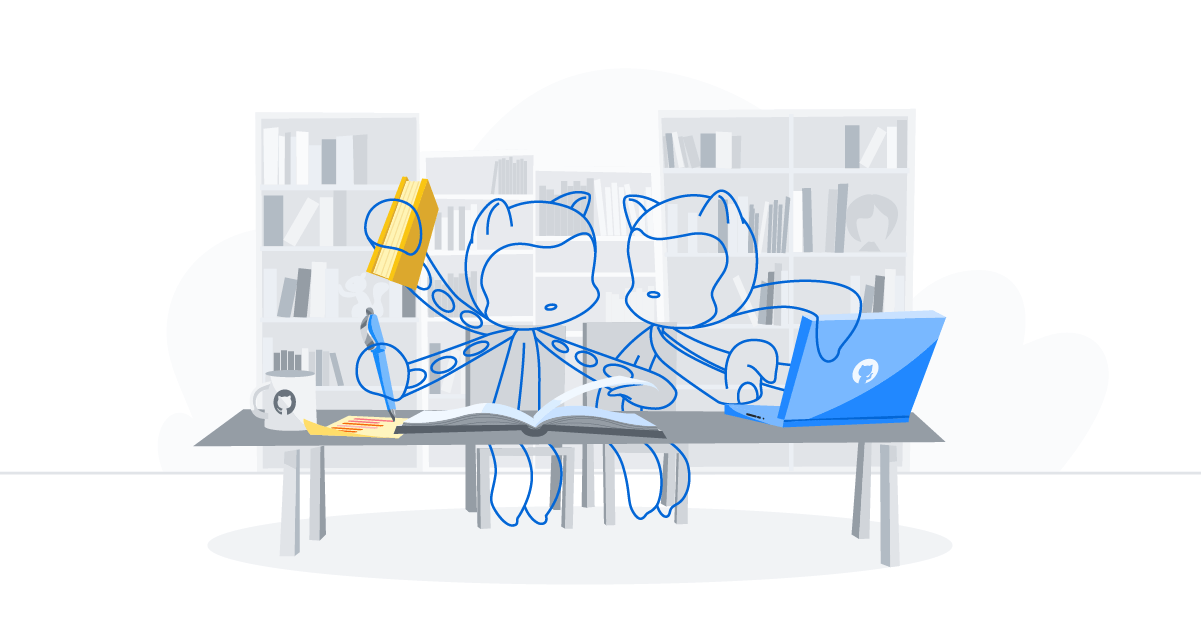 As developers, there’s one experience that binds us together—making our first repository on GitHub. Whether you’re a new developer, or a seasoned pro trying a workflow for the first time, that moment where you have your own place to put your code can feel magical, novel, and just a bit scary.

This fall we asked you to share the story of your first repository in our #myfirstrepo contest. With over 500 entries, your stories ranged from the inspirational—finding a gig at NASA through pull requests—to distant memories of getting started in the early days of GitHub.

This holiday season, we bring you two stories of GitHub Education students and what they’ve learned since their first repository. Let’s start with a quick overview of our process for finding your first repository.

How do I find my first repository?

Originally, we internally sifted through pages of repositories in our own profiles to find the answer. But of course, there are better and more efficient ways. Out of this contest, we learned that the GraphQL explorer accepts a query parameter, so you can easily look up your first repository.

Try it yourself using this code snippet in the GraphQL explorer to discover your first repository:

Alternatively, use an app that our very own @bdougie wrote in CodeSandbox:

All you have to do is sign in with your GitHub credentials, and your first repository will appear!

And finally, the winners are…

Let’s see how far these winners have come since their first repository.

.@GitHubEducation #MyFirstRepo was a fork of @astropy's photutils back in January 7th, 2016. I eventually went on to be a @gsoc student for the project in that same year. https://t.co/Npd9opNoVW

Back in 2016, Zé was in his home town in Brazil when he found an open source astronomy project on GitHub, photutils. While examining the code, he found a few areas where he could make improvements and opened his first pull request to the project.

About 3 months later, Zé used these contributions to apply for the competitive Google Summer of Code fellowship. And by the end of that summer, Zé says, a “whole new world opened up in front of me.”

From there, in 2017 Zé was “discovered” on GitHub—through his pull requests—by a scientist from NASA who offered him a role in Silicon Valley. The code he wrote there, as a contributor to lightkurve, helped scientists all over the world get the most out of data from the second phase of NASA’s first planet hunter mission, K2.

So much of science happens now on GitHub. Numerous research groups and agencies have organization accounts on GitHub that’s used to share code and scientific discoveries. GitHub has been key for modern scientific reproducibility.

Zé now studies machine learning in his PhD program at the Hong Kong University of Science and Technology. He continues to contribute to open source as one of the organization administrators for OpenAstronomy. 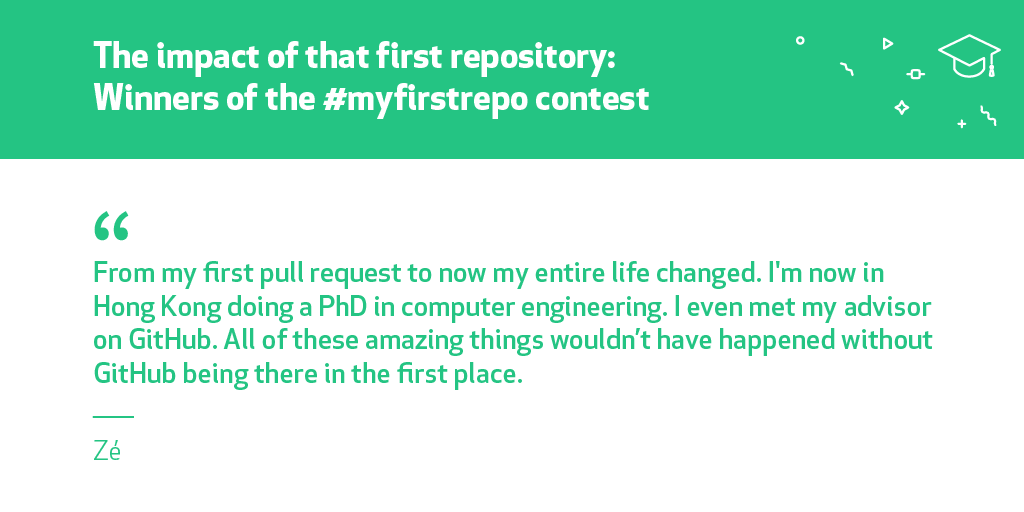 #MyFirstRepo on @github was a backend for a game my friend and I made. It was a writer app where friends write stories together. But it was incredibly simplistic and didn't take into account any kind of UX 🤷🏻‍♀️😅

I struggled so hard with git commands, but now I love my aliases. ♥️ https://t.co/TgBPrii9qO

After graduating from CalTech, Rea’s first challenge as an entrepreneur was to write a game in Go. Her team soon realized they would need a place to work on the project together, which led her to GitHub. She thought carefully about her all-important username, and settled on the name of the powerful female protagonist from a story she penned as a young girl, eventually the name everyone knows her by—Rea.

She describes her first repository as a place of her own, with a freedom that’s like moving into your own room and setting it up perfectly to your liking. 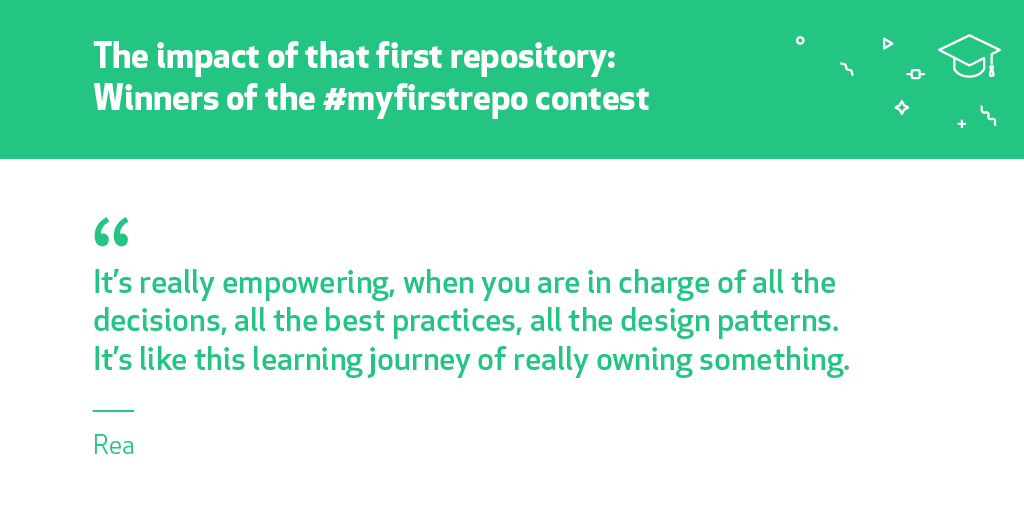 As her career progressed, she noticed that individual contributors on technical teams have to juggle a lot—they intently focus on their own work, while also being a good teammate and providing thoughtful code reviews in a timely fashion.

And her perspective on the stack also changed as her career progressed. Initially she cared about communicating clearly, and being a dutiful teammate who didn’t ship features that would bother her fellow developers when they were on call.

Now she, “looks at code at a high level[.] I care about its maintainability as well as shaping each feature to teach the team something they can learn from later. If it doesn’t work the first time, can we build tracking and tools around it so we can build a better next version? The level that you are at changes what you want to see from the project.”

I built Toast so developers can go heads down, and then come up and figure out what they have to do next, without mental overhead.

Thank you for participating in the #myfirstrepo challenge and congratulations to our winners!

If you’re a student making a repository for the first time, check out the GitHub Student Developer Pack. 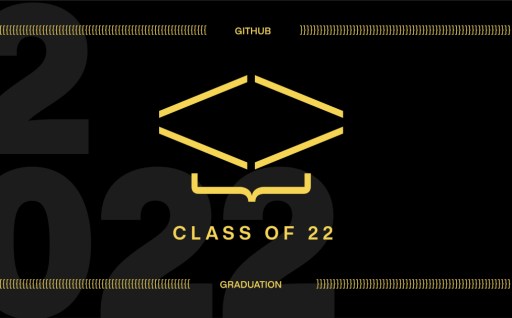