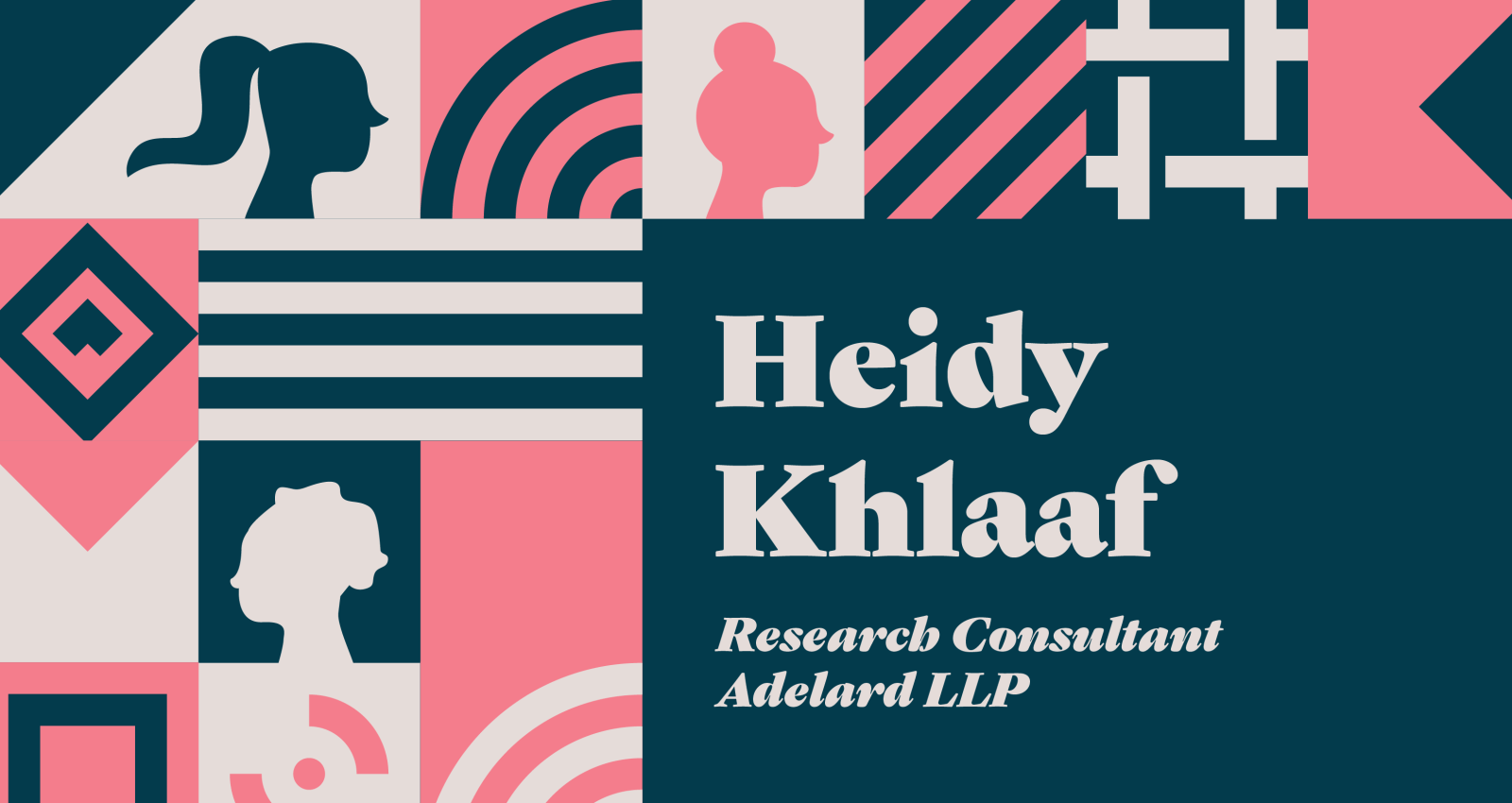 Every March we recognize the women who have shaped history—and now, we’re taking a look forward. From driving software development in large companies to maintaining thriving open source communities, we’re spending Women’s History Month with women leaders who are making history every day in the tech community. Heidy Khlaaf is a Research Consultant at Adelard LLP where she evaluates, specifies, and verifies the implementations of safety-critical systems (autonomous systems, nuclear power plants, avionics, medical devices, etc.), and also contributes to the production of standards and guidelines for safety and security related applications and their development. Previously, she received her PhD from University College London where she developed novel research methodologies, in part with Microsoft Research, to fully automate the verification and model-checking of temporal properties over software systems in the tool T2. When not analyzing safety-critical systems, you will most likely find her bouldering at the local gym or crag.

How has mentorship and/or community contributed to your career growth? Any favorite resources you’d like to share?

I entered the field of computer science in 2006, much earlier before the opportunities existing today were available. Back then, computer science was mostly afforded to those who were very privileged, and representation within the field was even more abysmal than it was today.

“As a woman of color and first-generation American coming from a financially disadvantaged background, it was often the case that my ambitions were dismissed as whimsical, even by the best known universities and tech companies. I unfortunately did not have the necessary mentorship entering the field, and survived off of pure grit.”

However, as I discovered my knack for research entering university, I realized that the academic community was “gate-kept” for those with more privilege than I ever had: time, finances, connections, support, etc.

Cue the Computing Research Association’s Committee on the Status of Women in Computing Research (CRA-W), the only organization at the time that awarded me (after dozens of rejections) an internship grant under the Distributed Research Experiences for Undergraduates (DREU) program. I was able to gain a funded research experience as part of this program, as well as finally obtain access to the academic community. DREU really helped me get my foot in the door as a contender for future research opportunities! I believe that if it wasn’t for their support, I would not have been able to embark on the research journey that I’ve had.

Although mentorship programs were not available to me, as an undergraduate, I did my best to support and mentor other minorities through a heavy involvement in the Association for Computing Machinery (ACM) and the Association for Computing Machinery’s Council on Women in Computing (ACM-W), which provide mentorship and support across all campus universities today. It’s accessible and can often provide mentorship and support to those who require it. It’s genuinely a great starting point for those who are seeking support, but unsure where to look.

What’s your favorite project you’ve worked on this year, either personal or work-related?

It would certainly be our project TIGARS (Towards Identifying and closing Gaps in Assurance of autonomous Road vehicleS), a project within the Assuring Autonomy International Programme (AAIP) at the University of York. The project aims to improve the assurance of the first-generation autonomous vehicles currently being deployed, and how existing approaches for assurance need to change to address current and future autonomous systems. It’s been a very exciting and challenging project, as not only have we been carrying out research regarding specific technical solutions (such as, formal verification and testing), but also regarding the political implications of these systems in order to provide recommendations to regulatory and policy organizations and standards developers.

“There are more unknowns than there are knowns, and it’s exciting to be on the forefront of a novel field, pushing the envelope.”

Although this is a taboo topic—one that’s certainly frowned upon in the academic community—it would be leaving my advisor in the midst of my PhD to ultimately work and graduate with the assistance of my secondary advisor. Leaving my current advisor guaranteed that not only would I be ostracized, but that I would lose all prospective job opportunities.

It was traumatizing, but it came to a point in which my depression and anxiety stemming from the situation were leading to suicidal ideation. I then took the risk of losing the career I worked years to establish, as the alternative may have been detrimental to my well-being. With the support of my secondary advisor, my partner, and a lot of therapy, I successfully defended my PhD with top-tier publications (despite numerous persons attempting to obstruct this process), and found my calling as a research consultant in the industry. I feel incredibly lucky to be able to continue working on formal verification in a healthy environment, and apply it in a purposeful way beyond publication count.

I ultimately learned to recognize abusive environments, and that one’s mental health should be prioritized above else. Career success, growth, and prestige are ultimately worthless if your mental health is put at stake in return. This heavily contrasted my attitude prior to this event, in which I was a workaholic who put work above all else. Maybe it was financial stability and fear of falling back into poverty that drove my work ethic, but with the privilege of having a computer science degree, and an incredibly supportive partner, career and finances can always be rebuilt; my mental and physical health cannot.

What are you looking forward to next?

The truth? My six-week climbing trip to South Africa, coming up in June of this year! Something that I didn’t mention earlier is that climbing is a significant part of my life. Since the beginning of my PhD, it has grounded me and allowed me to maintain better physical and mental health throughout my struggles. 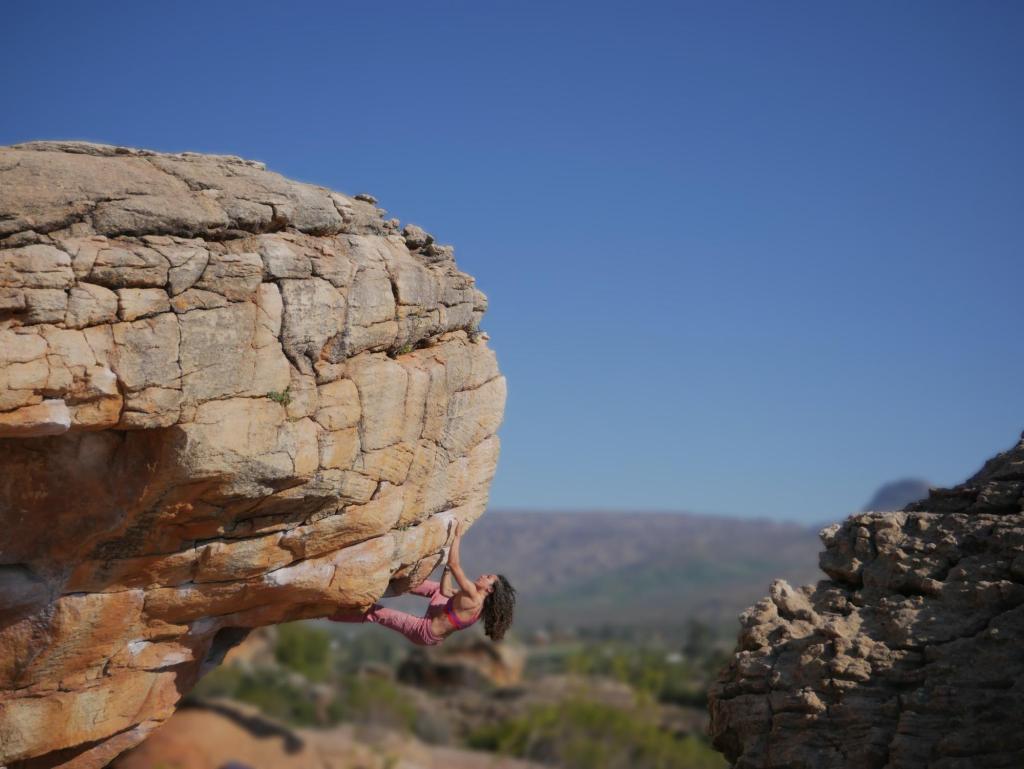 I went to South Africa last year for four weeks and it simply wasn’t enough! The landscape is breathtaking and the rock quality is supreme (unpolished sandstone with varied and unique incuts on every rock face). Not to mention that being isolated from society and technology for weeks at a time is simply serene.

I feel incredibly lucky that the partners at Adelard approved this ridiculously long holiday, and their understanding of my work-life balance and what climbing brings to my personal development. Not many have the privilege of saying the same about their employers!