This year, Git Merge went to Brussels to host two days of all things Git. The event brought together hundreds of business leaders, source control teams, and developers—people who have a vested interest in Git and companies that hire Git contributors. This year, Git Merge went to Brussels to host two days of all things Git. The event brought together hundreds of business leaders, source control teams, and developers, promoting goodwill and dialogue between people who have a vested interest in the progression of Git and companies that hire Git contributors.

As always, we donated all proceeds from Git Merge tickets to the Software Freedom Conservancy to support their work in improving and defending free and open source software—and we’re proud to have raised a record amount for them. 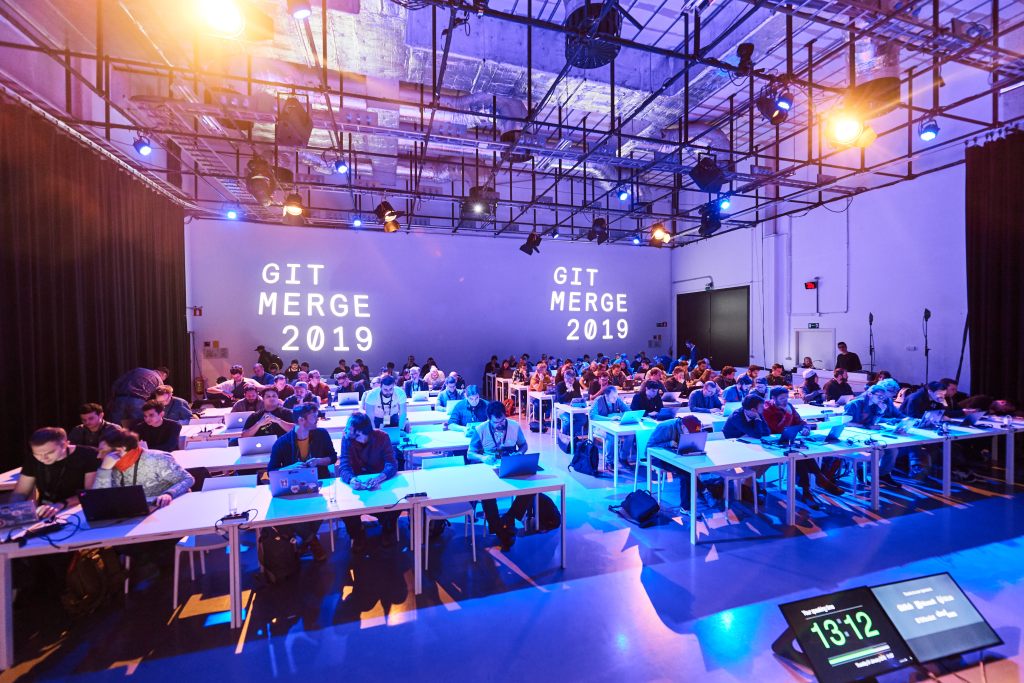 We had a strong lineup of sessions including scaling, troubleshooting, and teaching Git. We started with a talk about the future of free software and how we can empower the next generation of free software developers and users. Then, a few more standout presentations kicked off, including a talk on scalability by Google, Microsoft, and Praqma, a highly technical walkthrough of GitHub’s ongoing work to transition to SHA-256, a session on native Git and partial cloning by Google, and a variety of lightning talks on everything from version control for law to Git for games.

This was also the first time we brought together team members from GitHub, GitLab, and Atlassian in a historic panel to discuss how enterprise teams are using Git, hosted by Bloomberg’s CB Bailey.

Our Workshop Day brought 125 attendees to get a more hands-on experience with Git topics, hosted by facilitators from GitHub, Atlassian, Praqma, and Werkspot.

And we’re proud to have had almost 40 Git leaders from around the world participate in our Contributors Summit, aligning on goals and priorities for the upcoming year of Git maintenance and development. 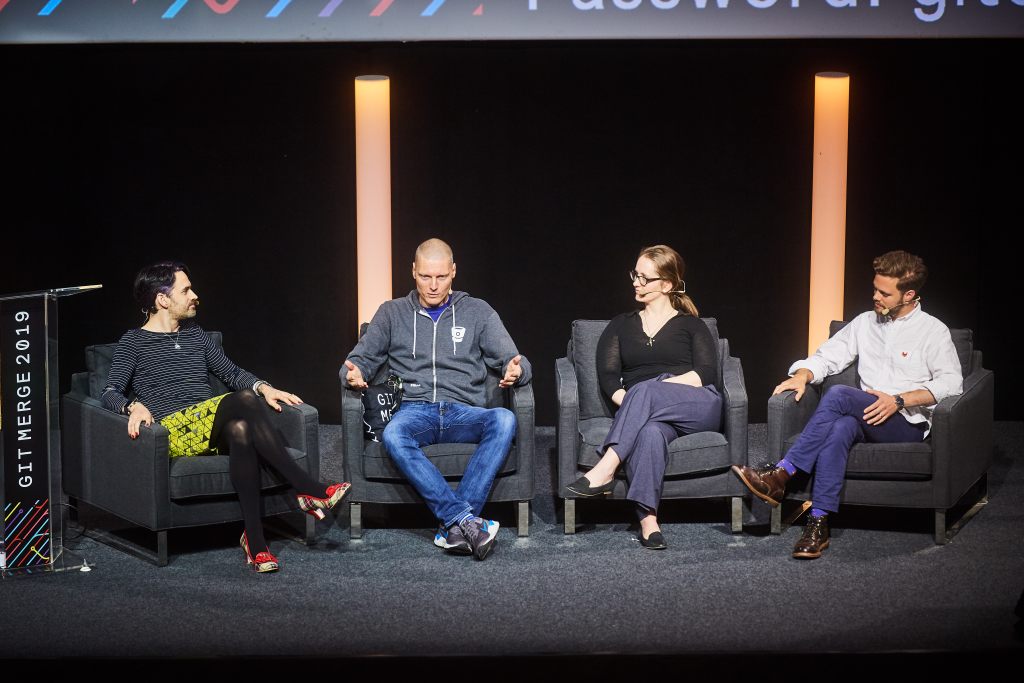 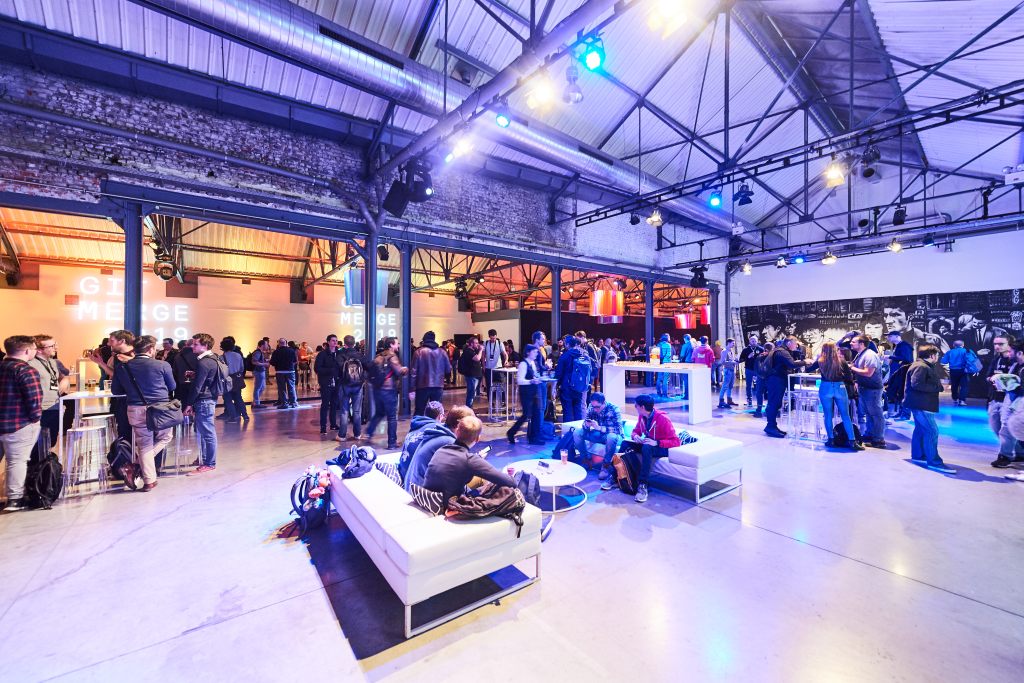 Thanks to everyone who participated in Git Merge! We had some of the most enthusiastic attendees we’ve met, a wealth of inspiring content, and great meetups outside of the main event.

We couldn’t have done it without our sponsors who came together to support the Software Freedom Conservancy and open source software at this important event.

Stay tuned for recordings of the sessions—they’ll be available on the Git Merge site soon.

Sign up to receive updates about next year’s Git Merge 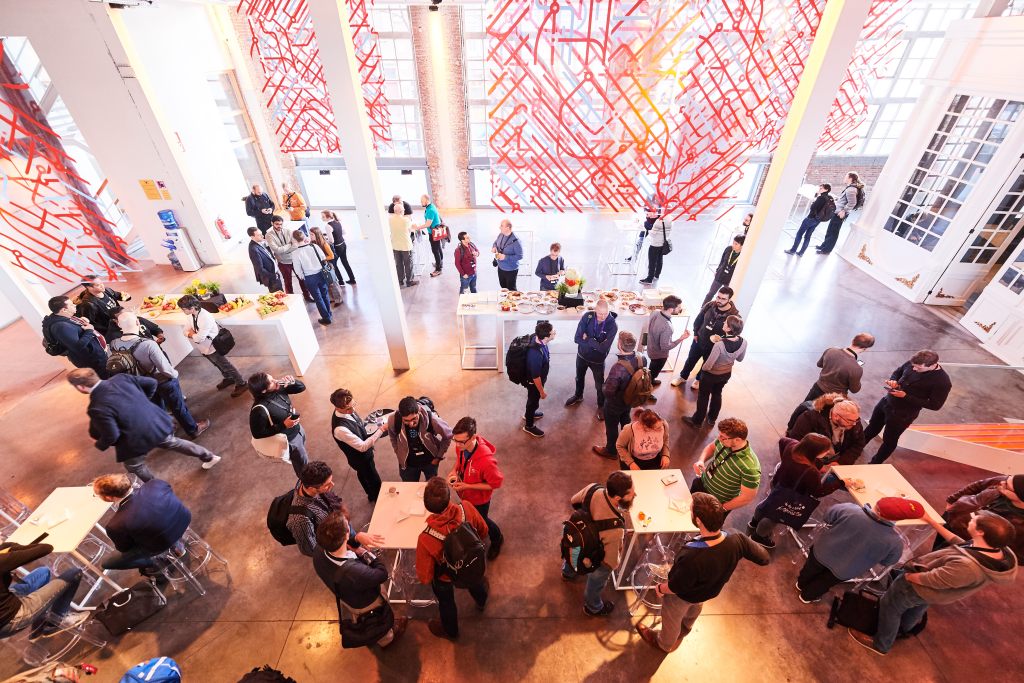