The complete agenda for Git Merge 2017 is now live. Check it out. Learn how companies like Facebook, Microsoft, GitHub, Autodesk, Yubico, MIT, Atlassian, and the Software Freedom Conservancy are… 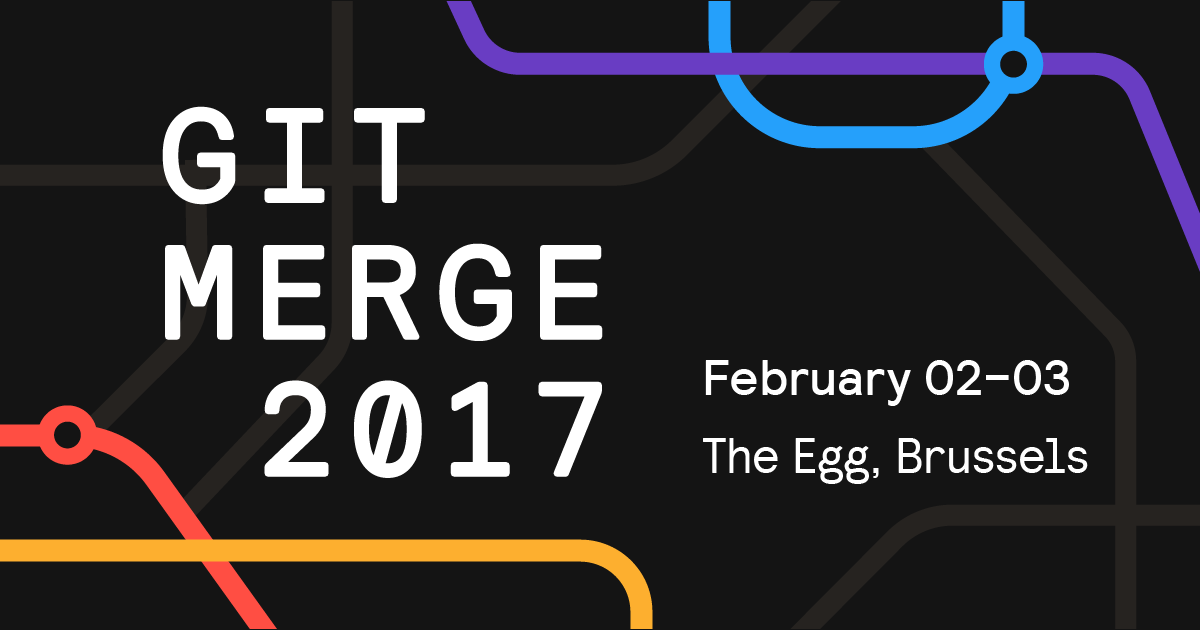 The complete agenda for Git Merge 2017 is now live. Check it out.

Learn how companies like Facebook, Microsoft, GitHub, Autodesk, Yubico, MIT, Atlassian, and the Software Freedom Conservancy are using Git and how you can apply their process within your team. You’ll also meet other developers and join hands-on training courses.

Scaling Mercurial at Facebook: Insights from the Other Side
Facebook uses Mercurial to host some of the largest, fastest growing distributed version control repositories in the world. In this session they’ll talk about the specific technical and user experience improvements they’ve open sourced to handle our growing scale, with an emphasis on lessons relevant to Git and the Git community.

Git LFS at Light Speed
Git and its extensions are becoming more popular than ever. However, certain use cases may still be suboptimal. We identified a way to dramatically improve performance in a popular Git extension—LFS (Large File Storage)—that required changes to both Git Core and the extension itself. We’ll walk you through the process of a successful contribution to each project with the help of mailing lists and pull requests. If you already have a bit of Git command line knowledge then this talk will prepare you for your first contribution to Git, an extension, or both.

Top Ten Worst Repositories to Host on GitHub
In this talk we’ll see what technologies GitHub has developed to handle the more challenging repositories and use-cases, from heuristics to replication and quotas, as well as what it takes to backup this data.

Karen Sandler – Executive Director at Software Freedom Conservancy
Karen M. Sandler is the executive director of the Software Freedom Conservancy. Karen is known for her advocacy for free software, particularly as a cyborg in relation to the software on medical devices. Prior to joining the Conservancy, she was executive director of the GNOME Foundation. Before that, she was general counsel of the Software Freedom Law Center. Karen co-organizes Outreachy, the award-winning outreach program for women. She is also pro bono lawyer to the FSF and GNOME. Karen is a recipient of the O’Reilly Open Source Award and cohost of the oggcast Free as in Freedom.

Durham Goode – Tech Lead, Source Control Team at Facebook
Durham is the tech lead on the Source Control team at Facebook. He has spent the past four years making distributed version control scale to some of the largest repositories in the world. He has helped teach thousands of engineers to use source control and has a keen interest in making it more approachable to everyone.

Git and the Terrible, Horrible, No Good, Very Bad Day
We searched the world over for the gnarliest, most terrifying Git scenarios we could find. In this caffeine-fueled session, you will learn how to use some of the more advanced porcelain commands to detangle all the things.

The Battle for Sub-premacy
Submodules or Subtrees? Both are proposed as solutions for handling dependencies. In this session the gloves are coming off. Which one will win it all?

Repo 911
Is your repository out of control? Is it so unwieldy and awkward you are embarrassed to be seen with it? It’s time to take control. Learn how to clean up your repository with filter-branch and BFG, then use git-lfs for a healthier tomorrow.

Git Simple: Writing Primary Git Functionalities in Ruby
Git can seem unapproachable to new users. Even more seasoned users can forget the simplicity that underpins Git. In this session, we will write the remedial functionalities of Git in Ruby. Because of Ruby’s approachable syntax, no previous Ruby experience is needed to follow this talk.

See you in Brussels!