New to InnerSource? A panel of experts talk through the corporate version of open source

Most developers are already familiar with the concept of InnerSourcing, although many have never called it that. InnerSource is simply using best practices and methodologies from open source development in… 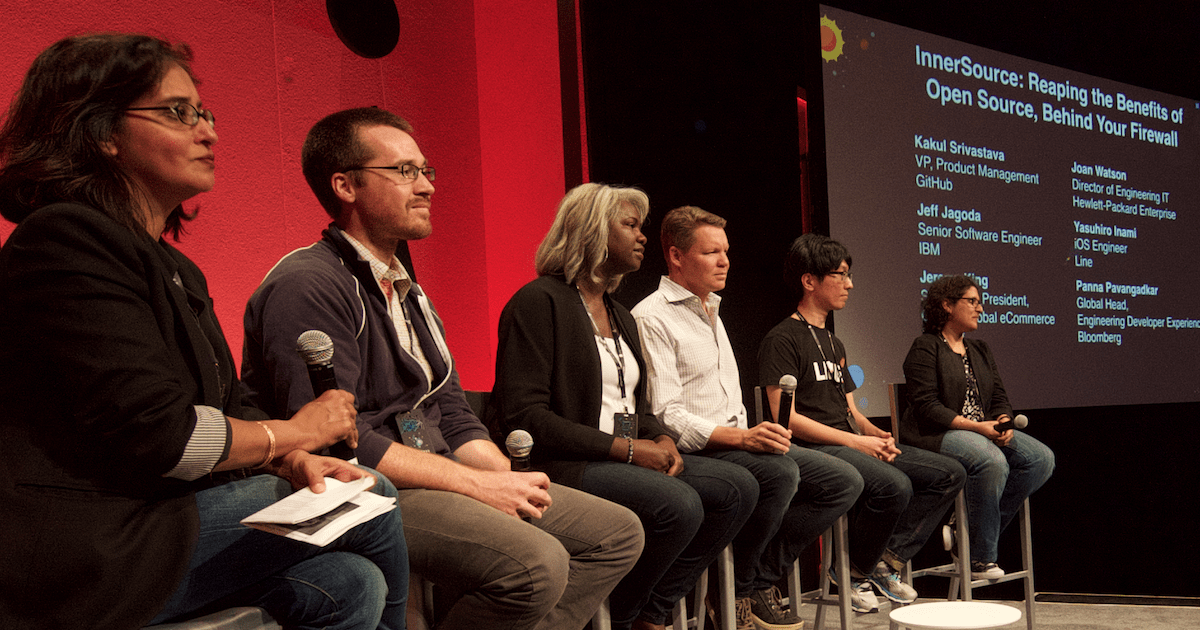 Most developers are already familiar with the concept of InnerSourcing, although many have never called it that. InnerSource is simply using best practices and methodologies from open source development in a confined corporate environment. Several large organizations have already embraced these processes to great advantage, and a few of them came together at GitHub Universe to discuss how their teams are benefitting.

During the course of the 45-minute discussion, panelists offered anecdotes and examples of the many positive ways InnerSource practices have impacted their teams — not a small feat when it comes to enacting change in highly structured, highly distributed companies with thousands of developers all over the world. Across the board, panelists reported seeing not only increased collaboration between previously siloed teams, but also a reduction in bottlenecks, as well as increased communication on projects.

“Once you embrace it [InnerSource] and see new teams come on, you show examples of places where not only can people contribute, you unlock bottlenecks,” said Walmart’s Jeremy King. “When you’re working with large software companies, on lots of different projects, you end up having inherent bottlenecks in some team or another — and it’s awesome to have another team come in and say, ‘I can fix this bug’ or ‘I can add this feature’, without impacting the overall roadmap of that important group.”

From shorter shipping times to community development to designing innovative products, InnerSource has evolved the workflow of teams operating on an enormous scale — however, the advantages of the InnerSource process can benefit teams of all sizes by introducing the collaborative and creative principles of open source development.

Learn more about how InnerSource practices can impact your teams by watching the full video below: