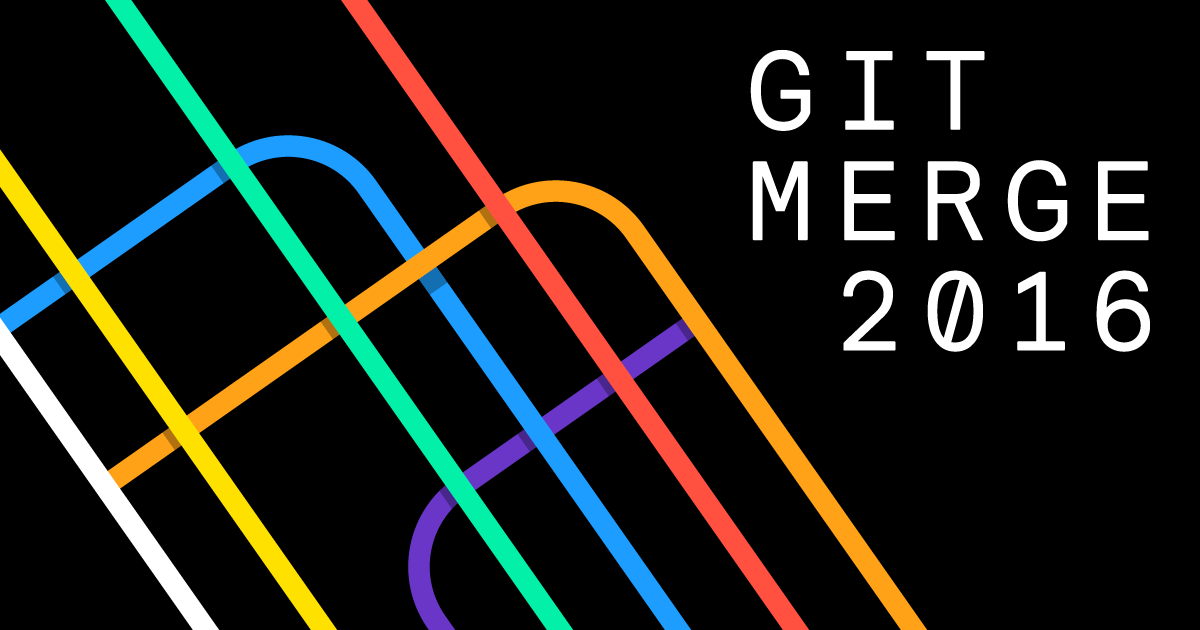 We are excited to announce our confirmed speakers for Git Merge 2016! On April 5th, 2016 at New York City’s New World Stages (350 West 50th Street, New York City) we’ll converge around a system that has become an integral part of all of our development workflows. This year’s Git Merge speakers will explore everything from scaling Git to Git optimizations. In addition to four training workshops by some of the best Git trainers in the world, you won’t want to miss these sessions:

Ryan Hodson is a marketer, writer, and web developer at CloudFlare and has consulted for technology companies including Atlassian and Syncfusion. Ryan’s session on Git for Static Websites will explore the benefits of “going static” for everything from simple Jekyll blogs hosted on GitHub Pages to prime-time commercial marketing websites.

Emma Jane Hogbin Westby is a member of the field information services development team at United Nations Office for the Coordination of Humanitarian Affairs (UN-OCHA) and the author of the O’Reilly titles Git for Teams and Collaborating with Git. Her session on Teaching Git at last year’s conference was a huge hit, and we’re excited to welcome her back again in 2016.

Patrick Reynolds is a Git core contributor and a member of the GitHub systems team. If you’re curious about how we scale Git at GitHub, you won’t want to miss this session.

We have plans for additional sessions, workshops, and an Afterparty at SpinNYC, so stay tuned as we roll out more information on git-merge.com and Twitter in the coming weeks. If you haven’t already, grab yourself a ticket before they sell out. We look forward to seeing you there!