The United Nations General Assembly (UNGA) is one of the main bodies of the UN system. Its 77th session kicked off on Tuesday, September 13, 2022, with the theme, of “A watershed moment: transformative solutions to interlocking challenges.” This was the first in-person session of UNGA since the start of the COVID-19 pandemic. GitHub works with and supports several UN specialized agencies and the UN Secretariat. With the support of Microsoft, GitHub was pleased to host and participate in three UNGA 77 side-events.

Open Source Programme Offices in the UN System: a spotlight on WHO

GitHub staff, Mala Kumar (Director, Tech for Social Good) and Bassem Dghaidi (Senior Solution Architect), joined panelists Ayman Badr, Dušan Milovanovīc, and Samual Mbuthia from WHO, and Yu Ping Chan from the UN Envoy on Technology. Samuel recently joined WHO as the new OSPO lead and this side‐event was his first public appearance in the role. 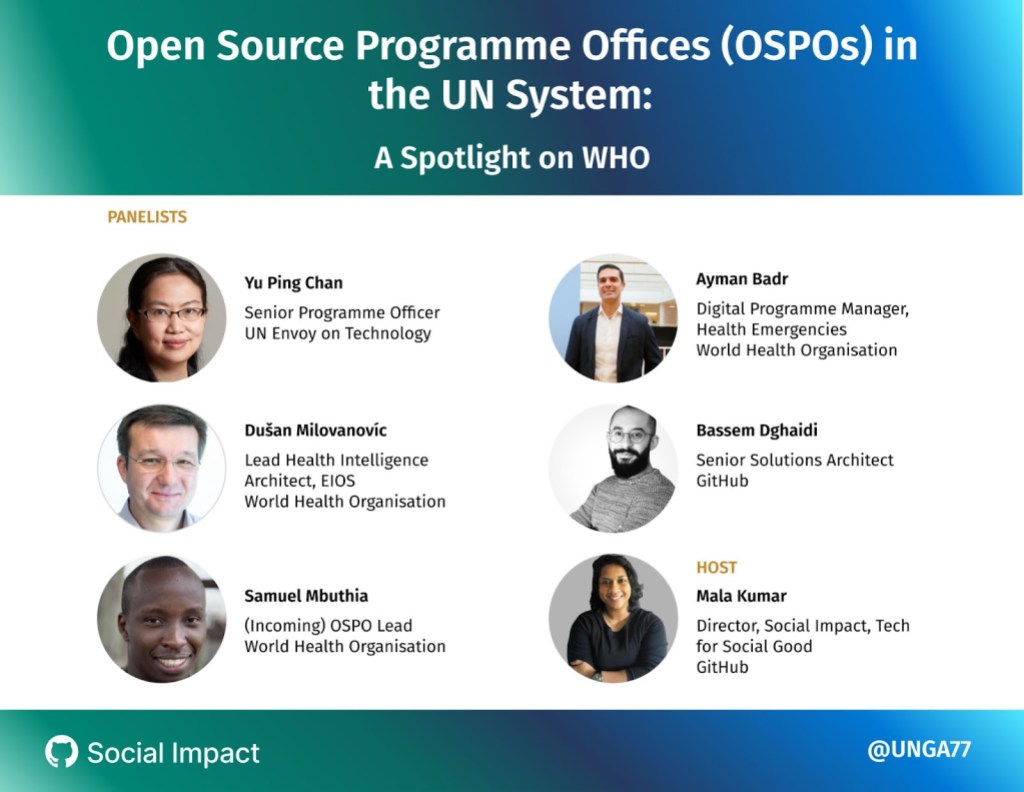 During the event, WHO spoke about its long history with open source software. This is the first time an OSPO had been created in the UN system, and its importance was a common theme throughout the session. As Ayman Badr, the Digital Programme Manager, Health Emergencies at WHO explained:

“We hope to demonstrate that this [OSPO] is a needed resource to other UN agencies.”

Bassem and Dušan focused their discussion on the technical aspects leading up the OSPO creation, such as the need to build strong innersource processes within WHO. Samuel and Ayman spoke about the vision and priorities of the WHO OSPO. On the topic of how the culture change of an OSPO in the UN can contribute to more equitable technology and inclusive economic growth, Yu Ping noted:

“An OSPO within the UN system actually makes for a much more practical approach to technology. This will be really important in creating the culture shifts of the UN…and bring it to the communities we serve.”

Mala echoed this idea, pointing out that UN specialized agencies are able to hire citizens of more countries in more countries than most private sector technology companies. OSPOs in the UN system can therefore create new open source software employment opportunities for citizens of low- and middle-income countries. 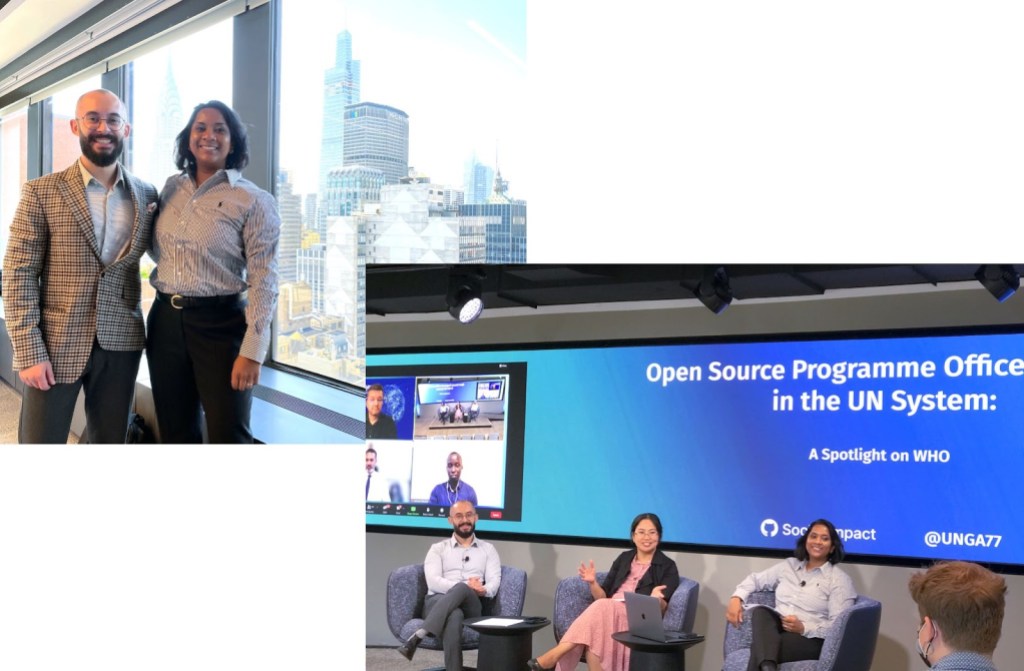 The panel discussion was met with great enthusiasm. Audience members spoke about open source efforts in other parts of the UN, as well as the importance of engaging UN monitoring and evaluation practitioners, as they are likely to already be using open source solutions. 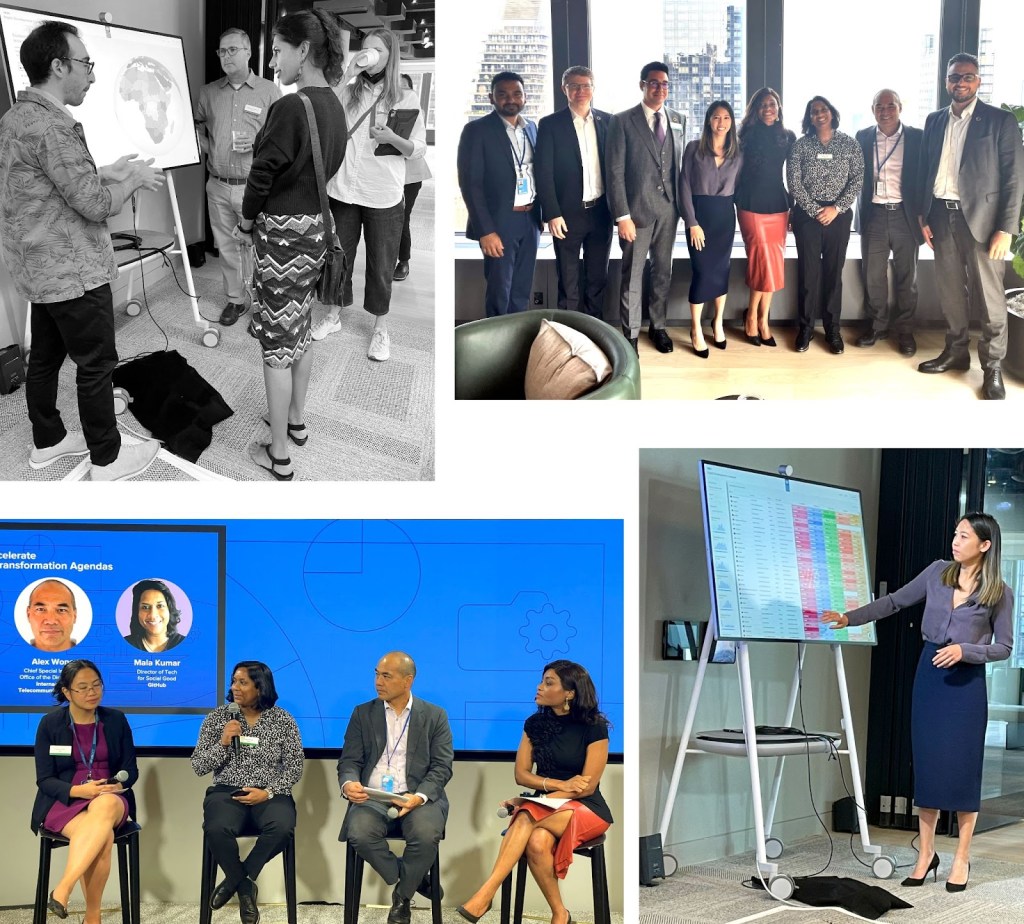 “Today, digitalization is on the agenda of every country. Each of us wants our citizens to benefit fully from the advantages of modern technologies.”

The keynote panelist was Robert Opp, Chief Development Officer at UNDP, who raised important points on how national progress on digital transformation can now be done easier and faster than ever. UNDP staff also spoke about the tool’s use cases and delivered the closing remarks. Tolu Olubumni, Founder and Chief Executive Officer of Lion’s Write, hosted the event and moderated the panel.

Audience members from tech, international development, and policy were particularly interested in the data sources used and the potential use cases. One audience member raised a good question that UNDP and GitHub hope to address:

“Does this inclusive digital transformation and digital compass also include the environmental damage?”

We would also like to give a special thanks to Vivian Peng, Lead Data Scientist at the Rockefeller Foundation, for creating these detailed notes of the event! Mike Linksvayer, Head of Policy at GitHub, was a panelist in the Tech for Democracy – Problems, Progress and the Copenhagen Pledge high-level side-event. The event was cohosted by the Danish Ministry of Foreign Affairs and Access Now. 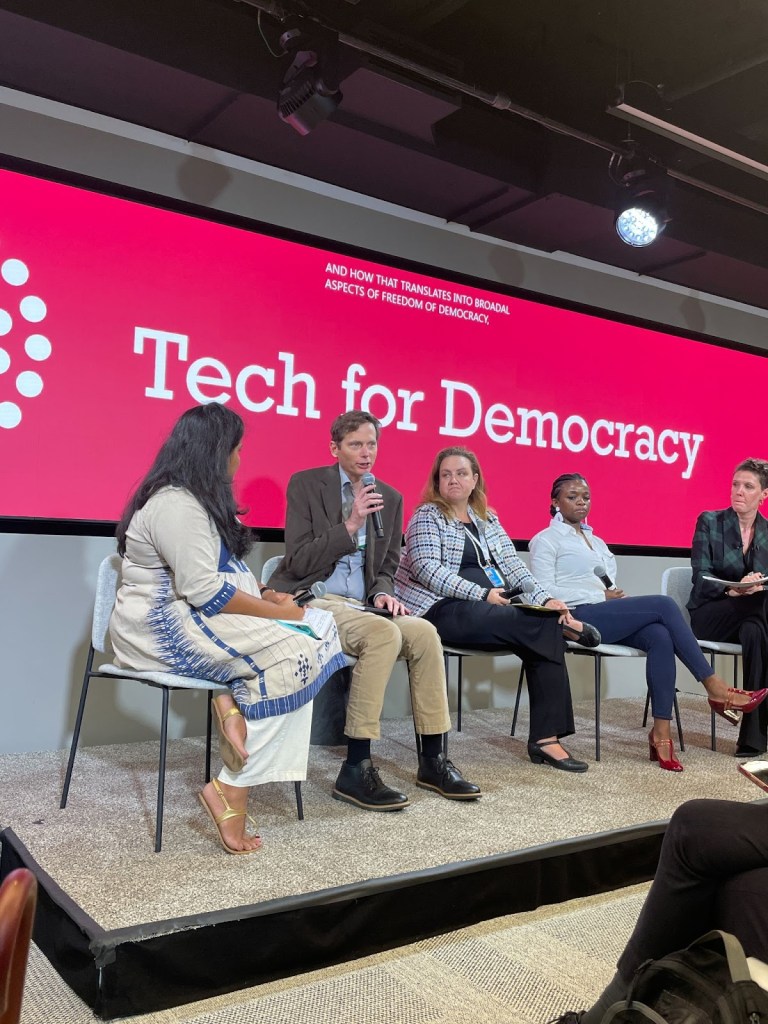 During the second event panel, Mike spoke about why GitHub signed the Copenhagen Pledge on Tech for Democracy and the importance of engaging with the global developer community to build secure software that improves service delivery in order to improve the robustness and legitimacy of civil society and democratic institutions. Microsoft President and Vice Chair, Brad Smith, delivered the event’s opening speech. The Danish Minister for Foreign Affairs, Jeppe Kofod, and Shirley Ayorkor Botchwey, Ghanian Minister for Foreign Affairs and Regional Integration, delivered remarks preceding each panel. Danish Tech Ambassador, Anne Marie Engtoft Larsen, moderated the event. The event closed with a screening of a new AI art exhibit that illustrated global sentiment around technology and democracy.

GitHub would like to thank the Microsoft UNIO office for their support and for providing the venue to host our events. We’d also like to thank the many panelists and planners who came together. This was the first UNGA in which GitHub hosted side-events and we hope to see you again next year! 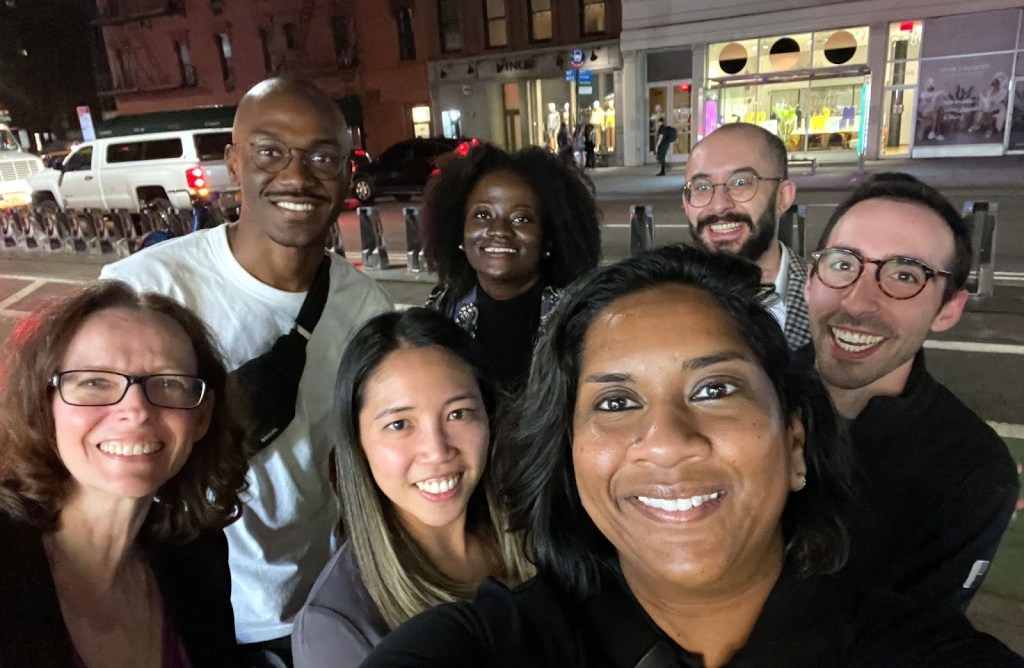 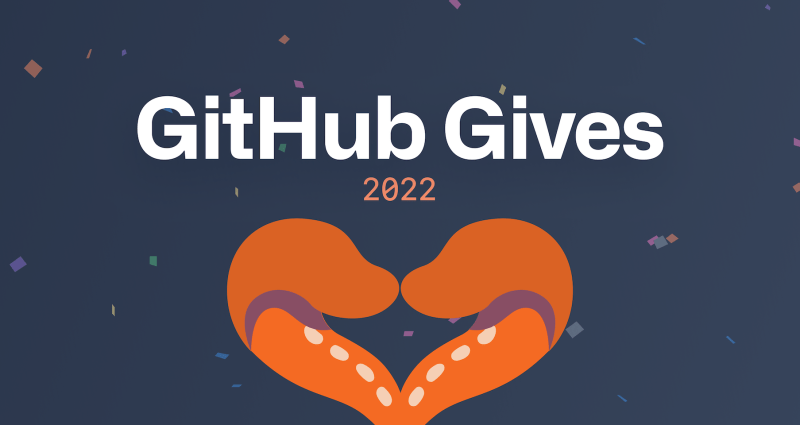 This year, we took GitHub Gives, our company-wide giving campaign, to new heights and wanted to share our learnings to provide best practices in programming a successful hybrid giving campaign for employees.

All In for Students: expanding the next generation of open source leaders

We are pleased to announce the expansion of All In for Students! All In for Students introduces college students to open source and provides them with the education, technical training and career development to prepare them for a summer internship in tech.