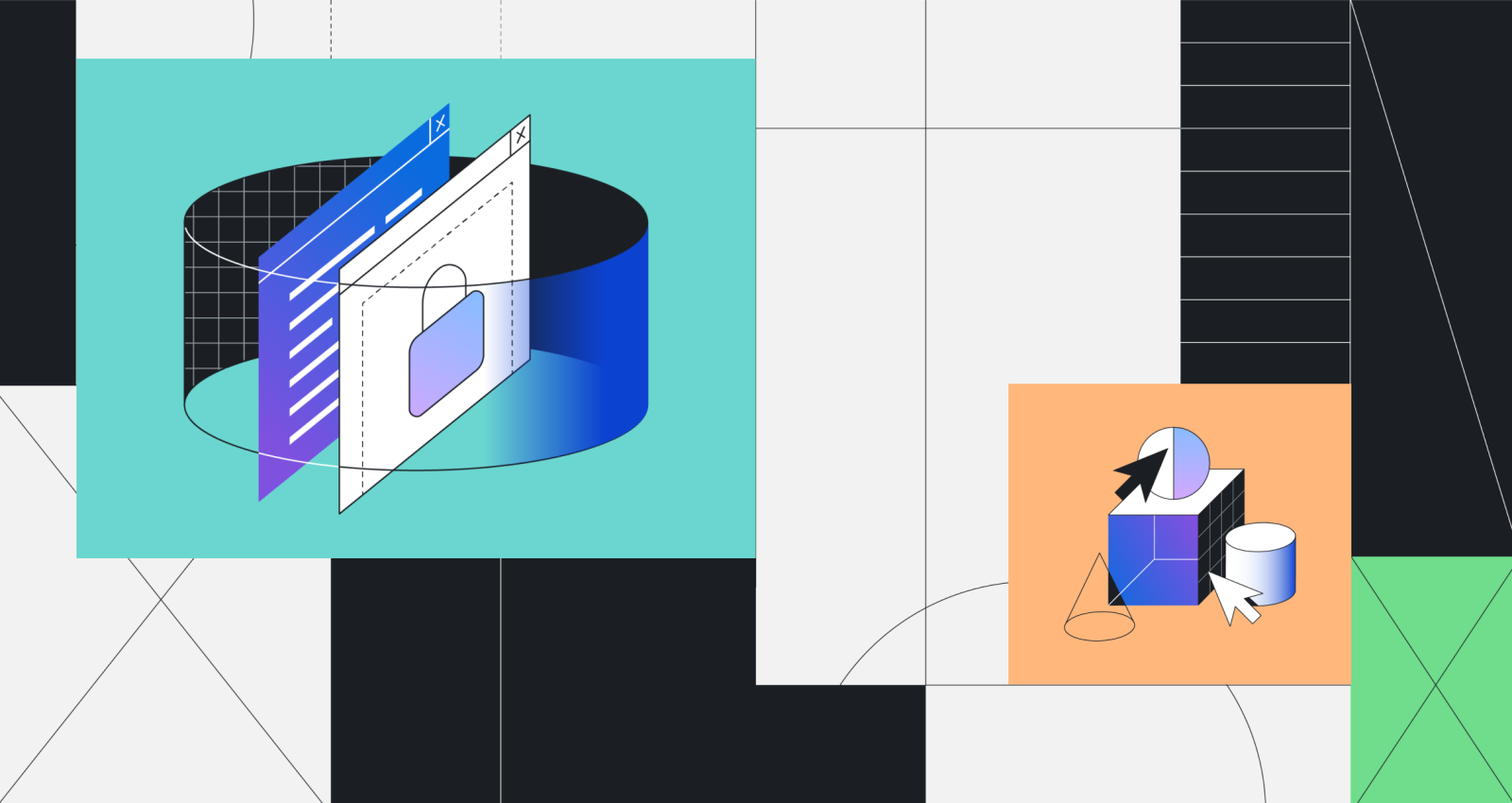 GitHub’s supply chain security features help you understand what dependencies you use, be aware of vulnerabilities in those dependencies, and then patch them so you can get back to work. This helps keep your code secure. As the home for all developers, GitHub is enabling more projects to benefit from this functionality, and we now support the fastest growing language on GitHub: Rust. With the latest addition of Rust support in GitHub’s dependency graph, the entire suite of supply chain security features are available for Cargo files. Here’s an overview of what that looks like and what it means for you.

If you’re a Rust package maintainer, you can use GitHub Security Advisories to collaborate with vulnerability reporters to privately discuss and fix vulnerabilities before announcing them publicly. Additionally, if you’re aware of a Rust vulnerability with a CVE that isn’t in the GitHub Advisory Database you can report it through a community contribution. 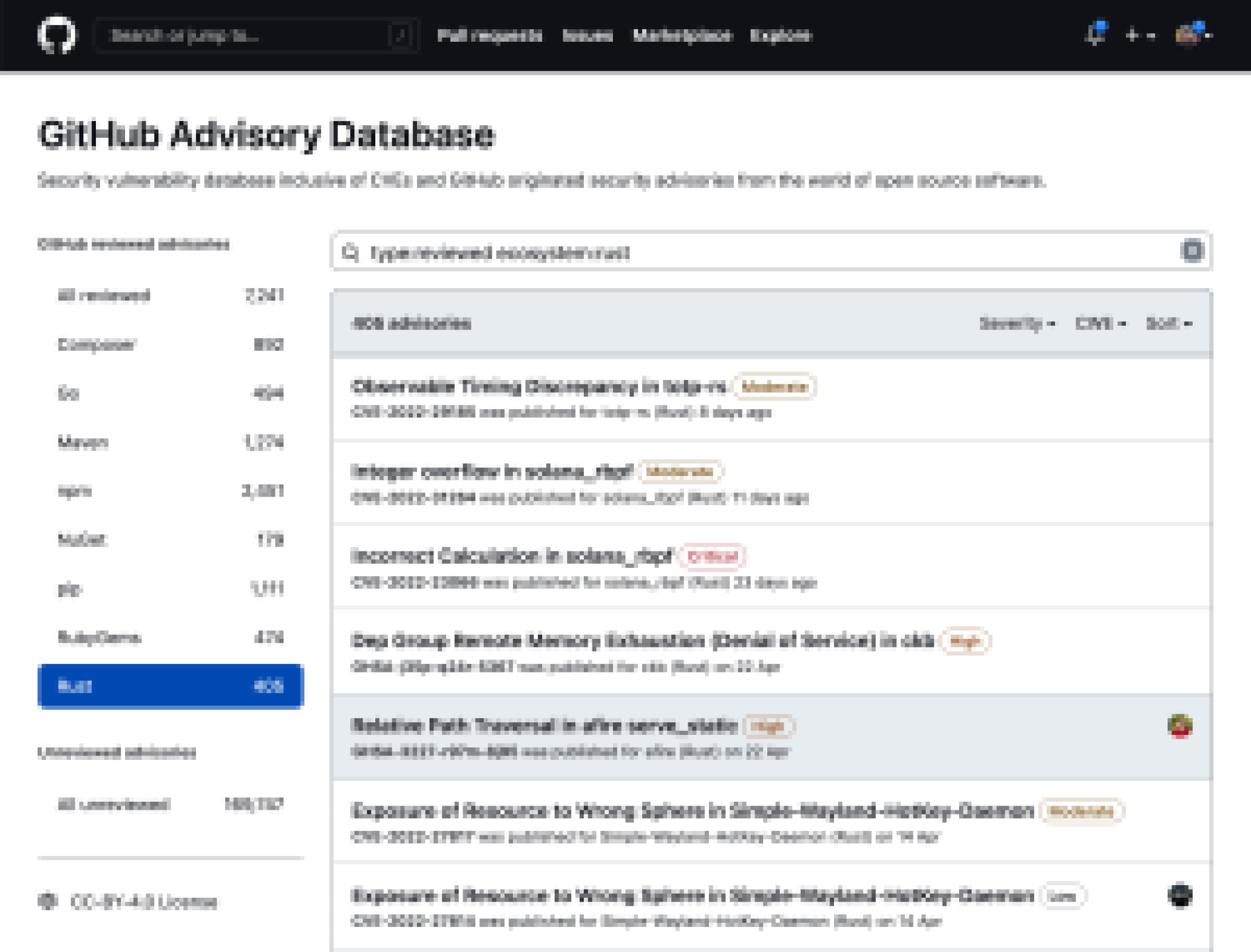 You can prevent Rust vulnerabilities from being introduced in the first place with the dependency review GitHub Action. This action scans pull requests for changes in your Rust dependencies and identifies if any new ones have known vulnerabilities. You can then block them from being merged into your code. 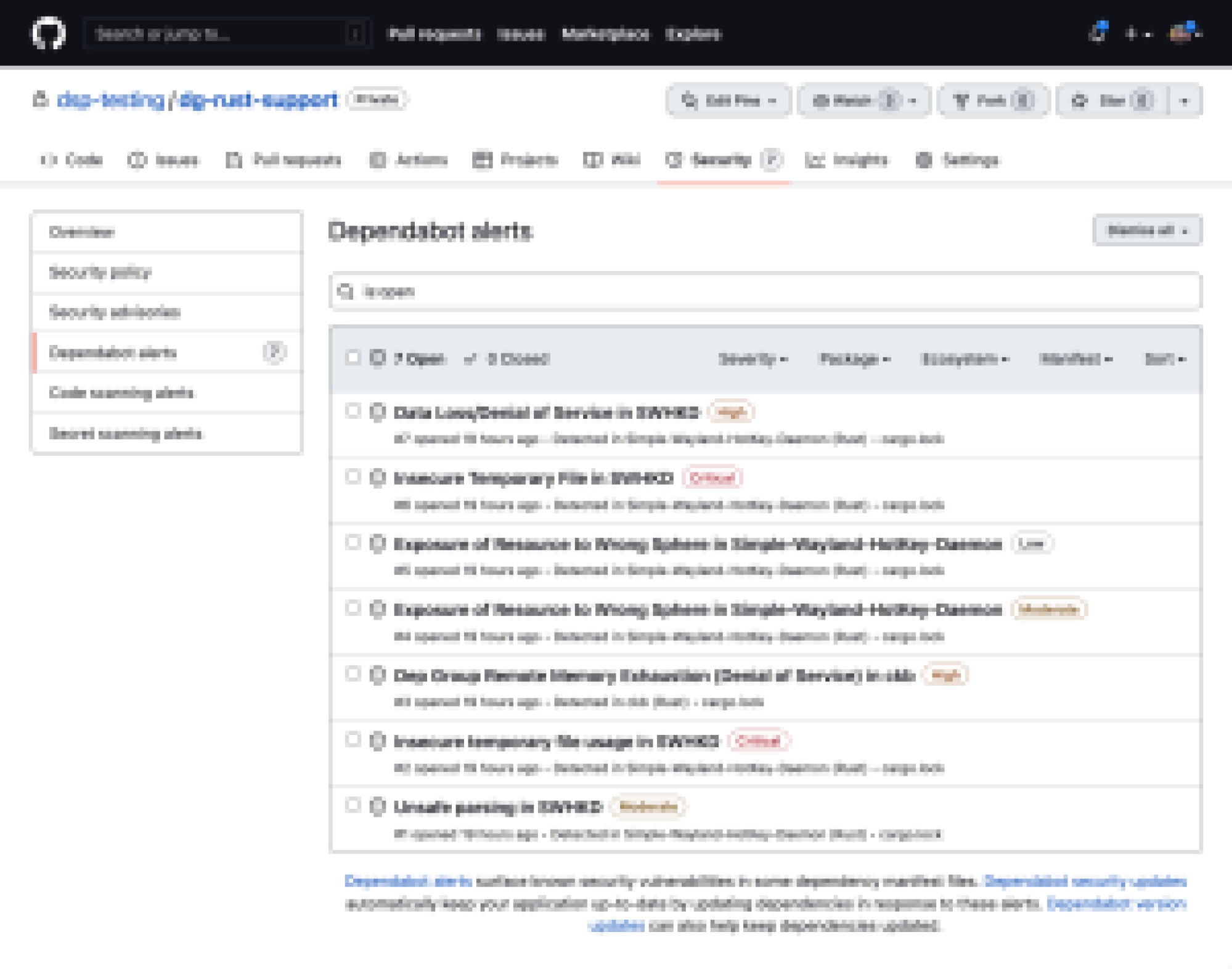 There’s a lot of different functionality here! You can get started by securing your Rust repository, or learn more about each of GitHub’s supply chain security features: