GitHub Sponsors is now available to all developers in India – no more waitlist, you can sign up right away! 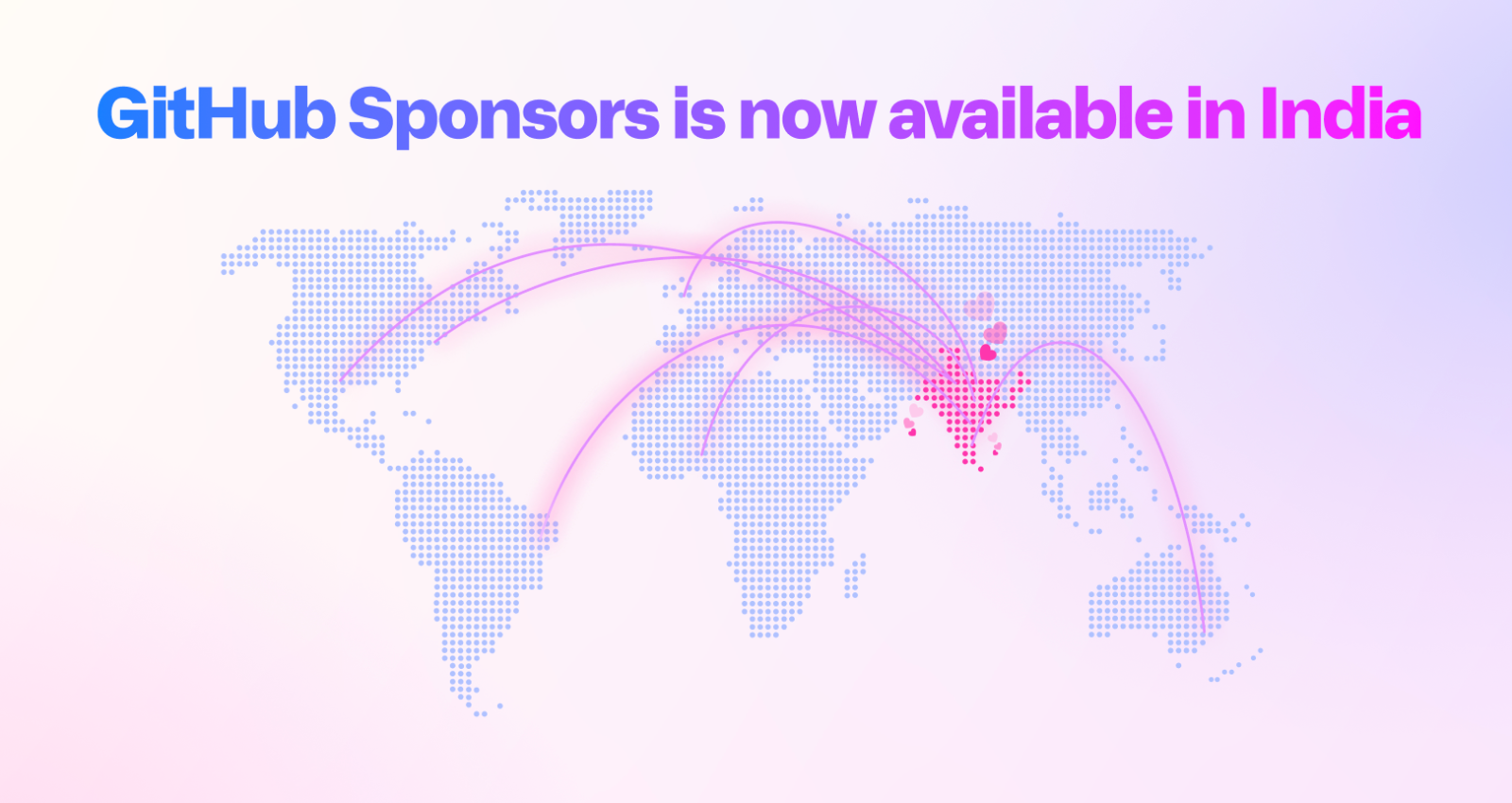 Today’s world runs on open source, and open source developers build software that so many people and organizations rely on. Financially supporting the people who build and maintain open source is key to ensuring a healthy and sustainable open source ecosystem. That’s why we’re excited to announce that GitHub Sponsors is now available to all developers in India. No more waitlisting. You can sign up right away if you have a bank account in India! Developers who were already on the waitlist are now in the program.

India has a thriving community of open source creators. In fact, the number of developers on GitHub in India now totals more than eight million and growing, making it the second-largest developer community on GitHub. India’s developers have made over 200 million contributions to open source software projects in the last year, and more than 10 million software projects from around the world depend on packages created in India. These contributions show how powerful and invested India’s developers have become.

Anyone around the world can now support India’s talented community and the open source projects they maintain. Through to the GitHub Sponsors explore tool, we’ve made it easier to discover projects and maintainers. Our goal is to make it easier for our global community to explore dependencies and decide who to support.

This is just one exciting step on the path to helping all developers make a career out of their open source work. Keep an eye out here for more announcements from the GitHub Sponsors Team as we continue to bring the program to more regions this summer.