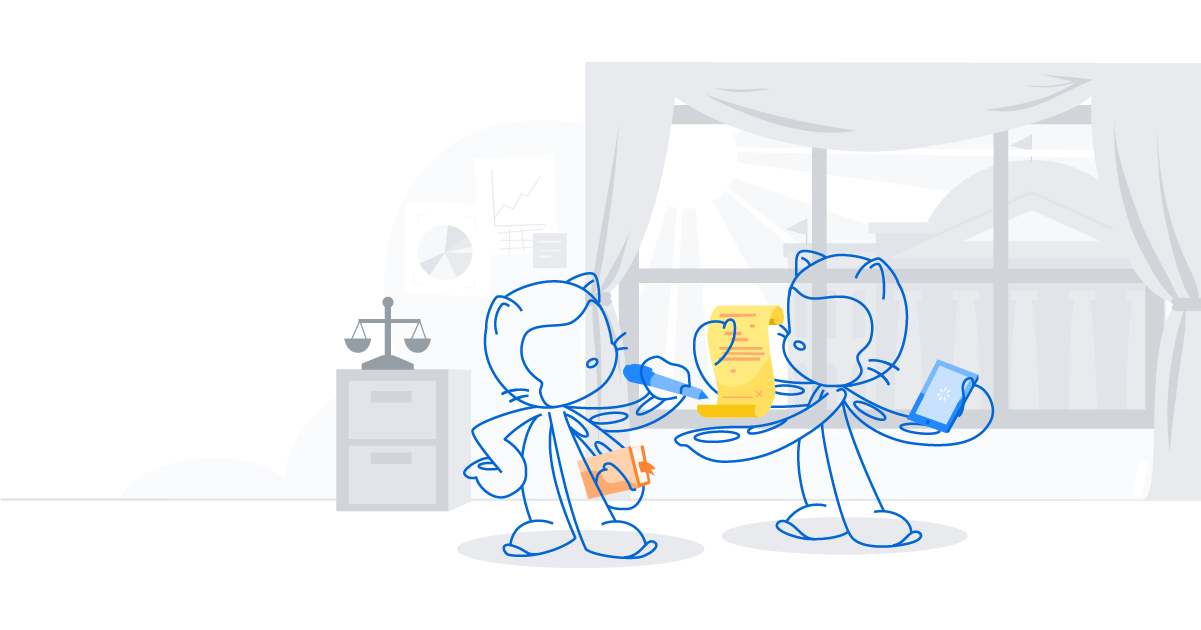 Today we reinstated youtube-dl, a popular project on GitHub, after we received additional information about the project that enabled us to reverse a Digital Millennium Copyright Act (DMCA) takedown.

At GitHub, our priority is supporting open source and the developer community. And so we share developers’ frustration with this takedown—especially since this project has many legitimate purposes. Our actions were driven by processes required to comply with laws like the DMCA that put platforms like GitHub and developers in a difficult spot. And our reinstatement, based on new information that showed the project was not circumventing a technical protection measure (TPM), was inline with our values of putting developers first. We know developers want to understand what happened here, and want to know how GitHub will stand up for developers and refine our processes on these issues.

In this post, we provide answers to common questions about the DMCA and why GitHub handled this case the way we did, describe why circumvention claims deserve special treatment, and share how we’re updating our policies and fighting to improve the law.

Why did GitHub process this takedown in the first place?

As a platform, we must comply with laws—even ones that we don’t think are fair for developers. As we’ve seen, this can lead to situations where GitHub is required to remove code—even if it has a multitude of non-infringing uses—if it is in fact designed to circumvent a TPM. But this is exceedingly rare.

Less than two percent of the DMCA takedowns we process are based on circumvention claims, and of those two percent, this was a particularly unusual case.

DMCA takedown claims based on circumvention are a growing, industry-wide issue for developers with far-reaching implications. We’ll get into this in more detail, but first, here’s some quick background.

Circumvention claims under the DMCA

Most takedown notices we receive allege copyright infringement—that someone used their copyrighted work (often software code) in a way that infringes their rights. But as many people noticed, the youtube-dl takedown notice fell into a more unusual category: anticircumvention—an allegation that the code was designed to circumvent technical measures that control access or copying of copyrighted material, in violation of Section 1201 of the DMCA.

Section 1201 dates back to the late 1990s and did not anticipate the various implications it has for software use today. As a result, Section 1201 makes it illegal to use or distribute technology (including source code) that bypasses technical measures that control access or copying of copyrighted works, even if that technology can be used in a way that would not be copyright infringement. Circumvention was the core claim in the youtube-dl takedown.

GitHub’s developer-focused approach to the DMCA

GitHub handles DMCA claims to maximize protections for developers, and we designed our DMCA Takedown Policy with developers in mind. Nearly every platform with user-generated content accepts and processes DMCA takedown notices to comply with the law. For GitHub, many of those notices come from developers wanting us to enforce the terms of their open source licenses, for example, when someone is using their code without the proper attribution required by the open source license they adopted. Here are ways our approach protects developers:

These are all steps we currently take to help developers, which go beyond our legal obligations and typical industry practice while still meeting the requirements of the DMCA.

As we explained, the key claim in the youtube-dl takedown is circumvention. Although we did initially take the project down, we understand that just because code can be used to access copyrighted works doesn’t mean it can’t also be used to access works in non-infringing ways. We also understood that this project’s code has many legitimate purposes, including changing playback speeds for accessibility, preserving evidence in the fight for human rights, aiding journalists in fact-checking, and downloading Creative Commons-licensed or public domain videos. When we see it is possible to modify a project to remove allegedly infringing content, we give the owners a chance to fix problems before we take content down. If not, they can always respond to the notification disabling the repository and offer to make changes, or file a counter notice.

That’s what happened in this case. First, we were able to reinstate a fork of youtube-dl after one of the fork owners applied a patch with changes in response to the notice.

Then, after we received new information that showed the youtube-dl project does not in fact violate the DMCA‘s anticircumvention prohibitions, we concluded that the allegations did not establish a violation of the law. In addition, the maintainer submitted a patch to the project addressing the allegations of infringement based on unit tests referencing copyrighted videos. Based on all of this, we reinstated the youtube-dl project and will be providing options for reinstatement to all of its forks.

Going forward, we are overhauling our 1201 claim review process to ensure that the following steps are completed before any takedown claim is processed:

All of this will be done at our own cost and at no cost to the developers who use GitHub. We believe this represents the gold standard in developer-first 1201 claims handling. Like we do with all of our site policies, we will document and open source this process so that other companies that host code or packages can build on it as well. And we will continue to refine and improve this process as our experience with these types of cases inevitably grows.

Developers who are personally affected by a takedown notice or other legal claim rely on non-profits like the Software Freedom Law center and the Electronic Frontier Foundation (EFF) to provide them with legal advice and support in the event that they face an IP claim, under the DMCA or otherwise. These organizations provide critical legal support to developers who would otherwise be on their own, facing off against giant corporations or consortia.

Nonetheless, developers who want to push back against unwarranted takedowns may face the risk of taking on personal liability and legal defense costs. To help them, GitHub will establish and donate $1M to a developer defense fund to help protect open source developers on GitHub from unwarranted DMCA Section 1201 takedown claims. We will immediately begin working with other members of the community to set up this fund and take other measures to collectively protect developers and safeguard developer collaboration.

If you want to support developers facing legal challenges, you can consider supporting SFLC and EFF yourself as well.

How we’re working to improve the law

No matter what we do to protect developer rights, we still must work within the boundaries of the law. And the DMCA’s current boundaries are hurting developers. One way to address the problems with the DMCA is to work to improve the law itself—and to prevent even worse laws from being enacted around the world. We were successful in a multi-year effort to stop the EU copyright directive from mandating upload filters for software development, and we’re taking lessons from that fight to the US as broader DMCA reform begins to be discussed.

We will have more to say about how you can join the fight to make copyright law more developer-friendly soon–stay tuned.

Updates to our policies regarding exploits, malware, and vulnerability research

One month ago, we started a discussion with the community about proposed revisions to clarify GitHub’s policies on security research, malware, and exploits with the goal to enable, welcome, and encourage dual-use security research and

The modern internet was built on a legal framework of safe harbors for user-generated content. These safe harbors are widely credited with having enabled global internet innovation by protecting online platforms from liability for user