It's back! We're here to bring you the latest and greatest releases for September 2020. These are exciting new releases from some of the coolest projects around. There's everything from… 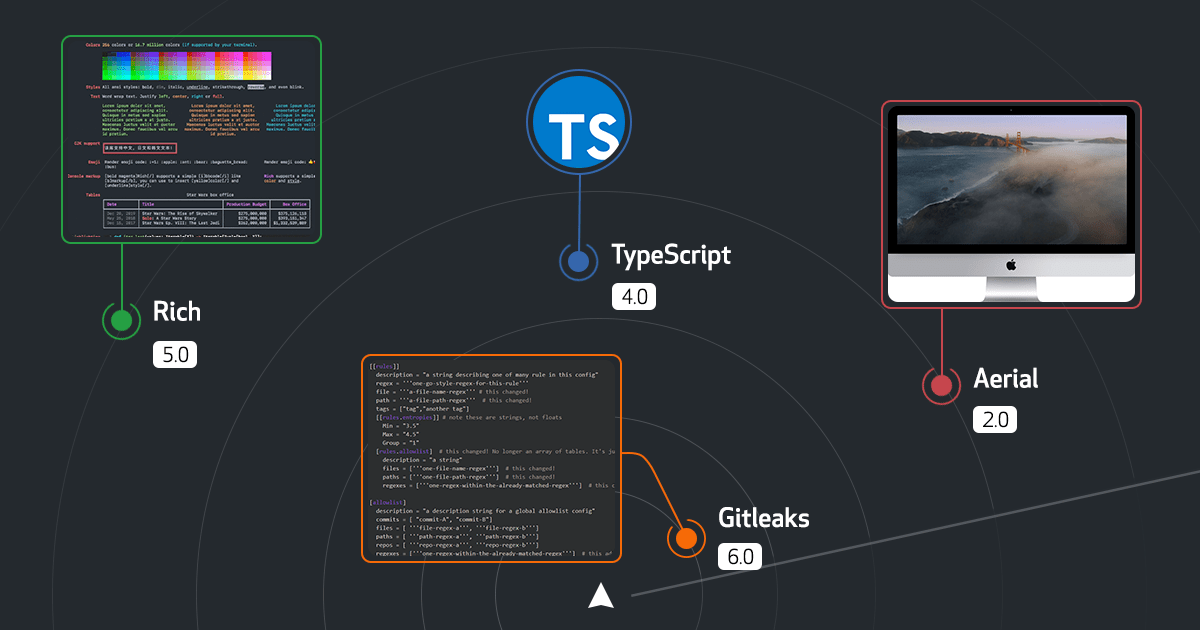 It’s back! We’re here to bring you the latest and greatest releases for September 2020. These are exciting new releases from some of the coolest projects around. There’s everything from world-changing tech, to weekend hobbies. The best part about these releases, is they are all you. These are projects shipped by amazing developers from the open source community. Whilst there’s lots of projects shipped every month, we don’t have enough blog space for them all. So we selected a handful of awesome ones. Grab a cuppa, maybe some popcorn, and read up on our top ten picks.

Get ready for the Python library for rich text. Rich provides beautiful formatting in the terminal and it looks really pretty. With version 5.0, there’s some cool changes made to the markup. Syntax now markups up correctly for strings and tags, and color numbers syntax are understood a lot better. There’s also new support for double brackets. Rich works with Linux, OSX, and Windows. It’s emoji and true color works with the new Windows Terminal. All you need to get Rich working is Python 3.6.1 or later. What are you waiting for? Make your code pretty today.

The popular, cross-platform interactive process viewer now has a version 3. htop is a command line application and this new release includes some neat additions. There’s now pressure stall information for Linux. Version 3.0 also comes with ZFS ARC stats, lots of features and a few pesky bug fixes. The CI has some improvements and there’s new display options. If you’re keen to read up on every detail, check out the htop ChangeLog.

You know about Gitleaks right? It’s a SAST tool for detecting hardcoded secrets like passwords, API keys, and tokens in your Git repo. And it now has an update. Version 6.0 brings with it Oasis SARIF support. You can now use regular expressions in a global list. This is really useful to developers who have a lot of credentials and secrets within their code. It is also super timely with all the recent talk about cyber security. What does it take to really secure your code? Well, Gitleaks can help you out here. You might also want to check out our latest tips on keeping your code secure at every step.

This is one for the Mac users out there. Aerial is a Mac screensaver based on Apple TV. It shows aerial movies to make you feel like you’re flying over your favourite cities. Especially useful for those times when you’re stuck at home unable to travel. With the new version 2.0, Aerial includes videos from third party contributors who donated to the project.

TypeScript is built on top of JavaScript and adds syntax for static types. With version 4.0 there’s a wealth of new features, oh and a new website to boot. There’s lots of changes to the elements itself, and then there’s speed improvements too. The list is so extensive. Click the link in the tweet below to read up on every new change. There’s even a story about how TypeScript got to version 4.0. Perfect end of the week reading!

Read up on what's new and get it today!https://t.co/gVDik8g7Pb pic.twitter.com/6dtY83mZyu

Want a snappy web interface for controlling your 3D printer? Well this is it! OctoPrint is your fully remote controlled program for handling any consumer-based 3D printer. You can access the webcam to watch your print live, as well as lots of other information about what’s happening with your print job. 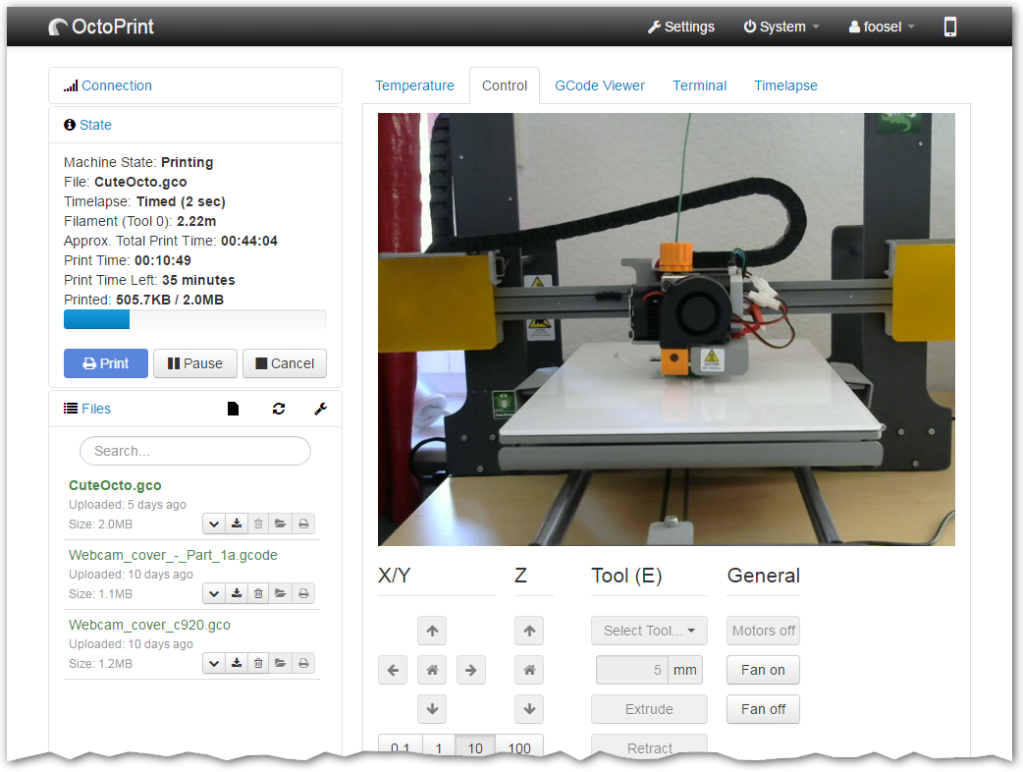 Version 1.4.2 is the stable release with a few neat bug fixes and security dependencies. If you’re into 3D printing, OctoPrint is a must. Whilst this isn’t a full new version release, 1.4.2 is the stable version and lots of users are on it. We wanted to include it so you didn’t miss out.

This is a HTTP/1.1 bench-marking tool. It’s written in Node.js and supports HTTP pipelining and HTTPS. Version 6.0 adds a correct coordinated omission feature and you can also benchmark with multiple URLs (multiple nodes). Both Histogram and form-data receive updates in the Autocannon version.

This micro, lightweight JavaScript gaming library just got a big update. It’s literally one of the smallest game engines in the world. And it was originally created for use in the annual JS13K games competition. Version 7.0 was released two days before the 2020 competition. This gave users plenty of chance to get up to speed on the new changes and features. There’s TypeScript support, new features in the sprite component, lots of new components, and even smaller file sizes. Read the full list of changes in the Kontra release notes.

This is another JS13K Games project that just hit version 1.0. It’s a custom HTML5 framework for lightweight browser games. Since the JS13K games comp is on right now, you might want to take a look at this engine. It can be easily implemented with other game engines too.

With each Release Radar, we like to include something super nerdy too. This is our September staff pick. You know that Chrome Dino game everyone is playing when their internet is down? Well, someone built a controller so you can move Dino just by blinking. Now you can waste hours playing Chrome Dino and you don’t have to do anything but blink! I know what I’ll be doing this weekend…

I made the Chrome Dino game Eye-Blink Controlled for no apparent reason… but how cool is it? 🤯

Well that’s all for this month’s top release picks. Congratulations to everyone who shipped a new release, whether it was version 1.0 or version 7.0. Keep them coming people. If you’ve got a new release coming we’d love to see. Next time you share your release on socials, add #GHReleaseRadar and we’ll be sure to keep an eye out. Happy coding. 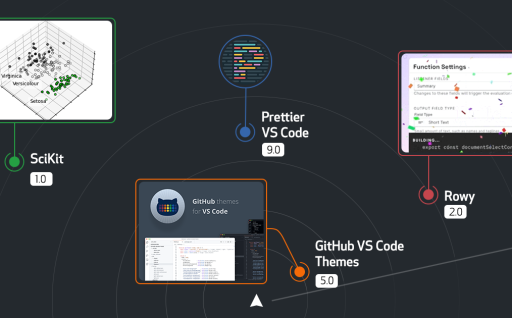 The Northern Hemisphere has hit fall, and the southern is starting to warm into summer. September has been a busy time for our community. Maintainers have been getting their repositories…

Our community has shipped lots of open source project updates in the last month. Here's a few of our staff picks.