A look at some of the new features in the latest Git release. 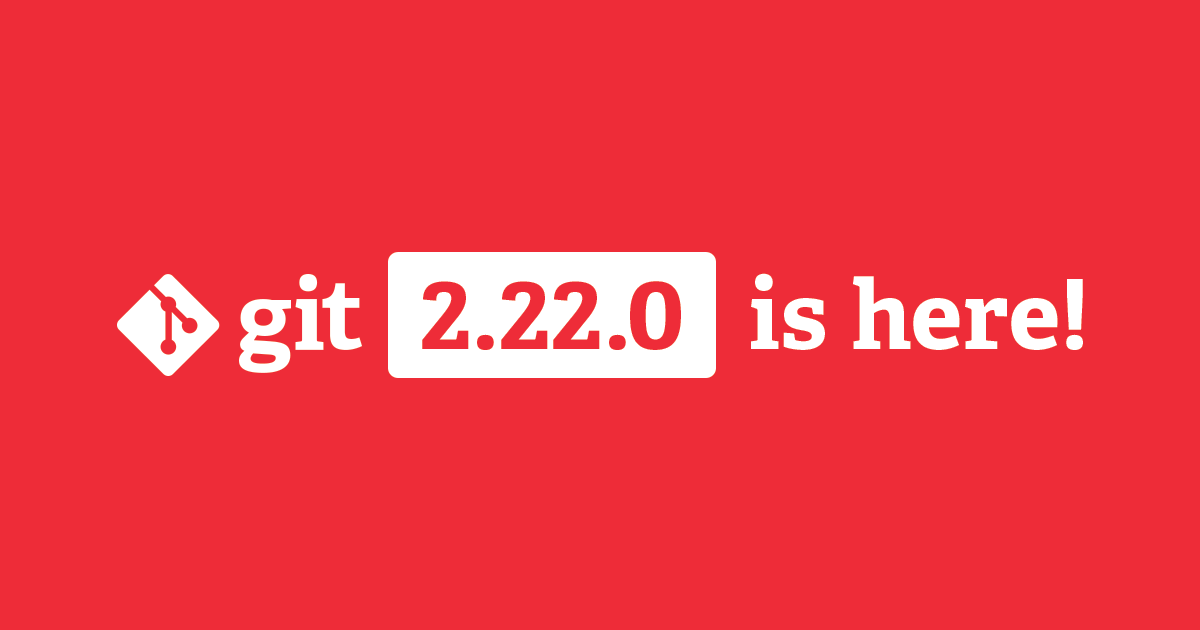 The open source Git project just released Git 2.22 with features and bug fixes brought to you from over 74 contributors, 18 of them new. Here’s our look at some of the most exciting features and changes introduced since Git 2.21.

Let’s say that while you were working on my-feature, the branch you started from (master) changed, so now your repository looks like:

How do you make sure that your branch my-feature merges into master cleanly? You could just merge it, but the end result might be hard for others to understand if you have to resolve conflicts. If you haven’t yet shared the branch with reviewers, they might prefer to see your commits as if they had been written directly on top of the current master.

So, you might rebase it. Remember: rebasing is an operation that takes a series of commits and applies them on top of a new base. So, after rebasing my-feature on the latest from master, you’ll instead get:

All that git rebase did was take the first “new” commit in (my-feature), applied it on top of the new tip of master, and then so on through all of the remaining commits on my-feature in order, until there were none left.

Now, what if your example is more complicated? Let’s say that my-feature has its own branching structure that you want to preserve while replaying the commits. To further complicate things, let’s also assume that you want to use some of rebase‘s interactive features, like dropping, reordering, and renaming commits.

Git has a new option --rebase-merges, since 2.18, but in 2.22 the old option is officially deprecated in favor of --rebase-merges. Using --rebase-merges allows you to preserve the structure of your changes, while also giving you the full power of interactivity.

Here’s an example. Let’s say that you have a branching structure based on master, but upstream (say, origin/master) has changed since you created your branch. You want to replay your commits on the latest from upstream, preserve the branching structure, and make a few modifications to a commit message along the way (we’ll simulate this by fixing a typo).

Given some set of two or more branches, how can you tell what history they have in common? As it turns out, Git has a precise way to answer this question. Git calls this a merge base: the most recent common ancestor among a set of commits.

When might you want to compute a merge base in practice? The obvious answer is: when you’re merging! Git computes this common ancestor as the base for a three-way merge of the content (hence the name “merge base”). But you might also want to use this common ancestor as a cutoff point for listing commits. Running git log A...B will show all of the commits in A and B down to their common ancestor; in other words, what happened since the two diverged (you can also use --left-right to see which commit is on which side).

This “triple-dot” notation is associated with merge bases in other contexts, too. Running git diff A...B will show the differences between B and the merge base of A and B. That’s another way of showing what has happened on B.

How do you create such a thing? Well, you could manually inspect the git log, but this might be cumbersome if your history is particularly large. You could invoke:

to compute the SHA-1 of the merge base between master and my-feature, copy the SHA-1 you got back, and then paste it into:

Now in Git 2.22, git branch and git checkout -b have both learned the triple-dot merge base syntax. To specify that you’d like to create a branch from the merge base of two other branches (say, A and B), you can now run: