We’re sharing new and exciting releases from world-changing technologies to weekend side projects in the April 2019 edition of Release Radar. 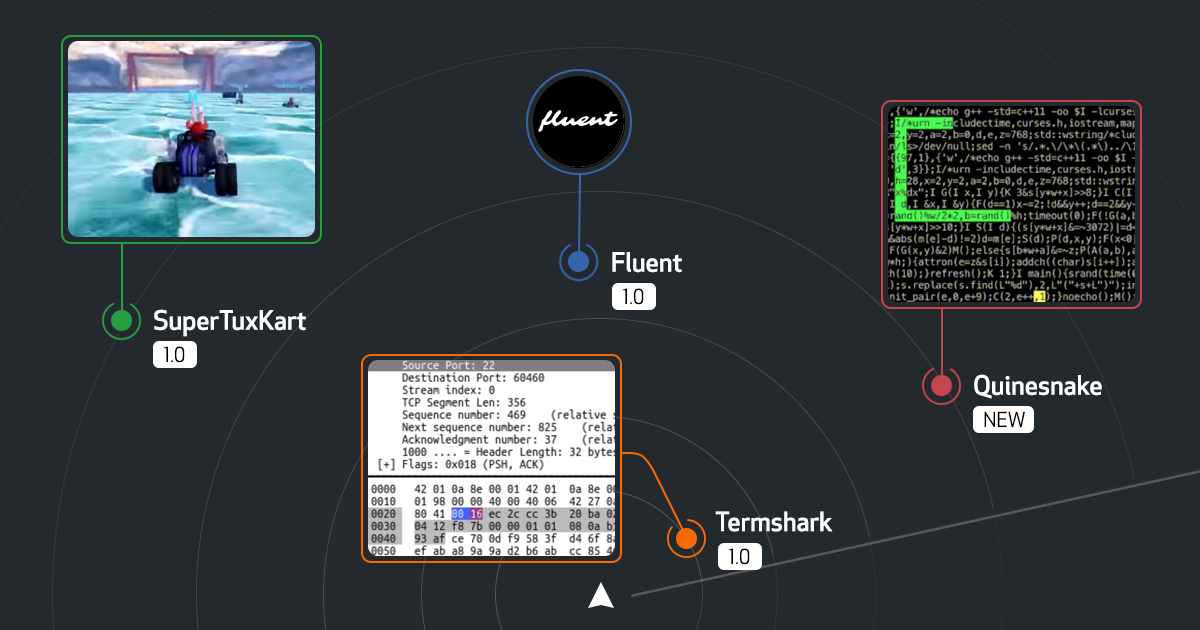 Welcome to the April 2019 edition of Release Radar, where we share new and exciting releases—from world-changing technologies to weekend side projects. Most importantly, they’re all projects shipped by you.

SuperTuxKart is a 3D arcade racing game featuring traditional races, time trials, a battle mode, and more. Version 1.0 marks the introduction of network multiplayer, so SuperTuxKart drivers can now play against each other regardless of location, in addition to split screen. The 1.0 release also adds a new capture-the-flag mode along with new courses to test your skills. It’s completely free and playable on Windows, macOS, and Linux.

Termshark is a visual terminal user interface for tshark, the command-line part of Wireshark. Though Termshark 1.0 is the project’s initial release, it’s already a capable network traffic analyzer that helps you inspect packets and sniff traffic from your terminal.

The United States Web Design System (USWDS) is a collection of code, tools, and documentation that helps federal agencies create web services for the public. USWDS 2.0 is the result of two years’ effort to make the government’s design system more modular, accessible, and consistent.

Did you know? Hundreds of government sites use USWDS, from registering to vote to blasting off to outer space.

Docz is a project to help you quickly get started on documentation with zero configuration—just start writing Markdown (with the aforementioned MDX) and build your docs. With version 1.0, Docz boasts features such as a pluggable architecture and integration with Gatsby, the popular React-based site generator.

Ever feel like you have to choose between JSX and Markdown? Now you don’t have to choose—with MDX you can write Markdown with JSX to embed components directly into your content. MDX works with other libraries that support JSX, such as React, Vue, or Gatsby. MDX has also made it to the 1.0 club—check it out and celebrate their first milestone.

GB Studio is a tool that helps you create top-down, 2D adventure games—something you might remember playing on a Nintendo Game Boy. GB Studio can help you make a game without any prior coding experience thanks to a visual scripting system. And when you’re ready to play, not only will GB Studio make your game playable in a web browser, but it also generates ROMs that you can run in emulators or play on real consoles (with the right flash cartridge).

Did you know? Game Boy was first released in Japan on April 21, 1989—it’s been around long enough to celebrate its 30th birthday.

Uppy is a JavaScript file uploader that provides a sharp interface for uploading files and photos. It can even accept files from services like Instagram and Dropbox, with the help of a server-side module. Version 1.0 marks three years of effort with features like localization, a design facelift, and more.

Fluent is a project to create a localization system that helps translators be more expressive than with one-to-one translation of strings. It can handle translations that follow a language’s rules for noun, gender, or number agreement. Version 1.0 marks the beginning of stability for the project’s syntax and grammar.

Did you know? Mozilla’s community localization platform, Pontoon, supports Fluent to translate Firefox (and other projects).

Caddy is a web server with an emphasis on security, with features like HTTPS by default and the ability to pull  Let’s Encrypt certificates automatically. Caddy is joining the 1.0 club with its latest release, and it’s making a commitment to ensure backwards compatibility. This release also adds new command-line options, simplifies builds with plugins, fixes bugs, and more.

If two dimensions just aren’t enough, then Babylon.js might be the WebGL graphics library for you. Version 4.0 introduces smaller download sizes, performance improvements, and a powerful scene inspector to help developers and artists alike debug their graphics.

Other blips on the radar

Quinesnake caught our attention, too. It’s not just an example of the classic Snake game genre, it’s also quite the quine: a program that reproduces its own source code as its output. The quinesnake source, when executed, invokes its own compilation, runs itself, prints its source on screen, and plays Snake on top of it.

Tinkersynth is a generative art project where you can create a work of art by experimenting with a handful of parameters that bend, twist, and fragment deceptively simple lines. The art piece produces vector graphics that you can download, and you can draw the black-and-white outputs with a pen plotting machine.