On August 15th GitHub celebrated a major milestone: our main application is now running on the latest version of Rails: 5.2.1! 🎉 In total the project took a year and…

On August 15th GitHub celebrated a major milestone: our main application is now running on the latest version of Rails: 5.2.1! 🎉

In total the project took a year and a half to upgrade from Rails 3.2 to Rails 5.2. Along the way we took time to clean up technical debt and improve the overall codebase while doing the upgrade. Below we’ll talk about how we upgraded Rails, lessons we learned and whether we’d do it again.

How did we do it?

Upgrading Rails on an application as large and as trafficked as GitHub is no small task. It takes careful planning, good organization, and patience. The upgrade started out as kind of a hobby; engineers would work on it when they had free time. There was no dedicated team. As we made progress and gained traction it became not only something we hoped we could do, but a priority.

Since GitHub is so important to our community, we can’t stop feature development or bug fixes in order to upgrade Rails.

Instead of using a long-running branch to upgrade Rails we added the ability to dual boot the application in multiple versions of Rails. We created two Gemfile.lock’s: one for the current version Gemfile.lock and one for the future version Gemfile_next.lock. The dual booting allows us to regularly deploy changes for the next version to GitHub without requiring long running branches or altering how production works. We do this by conditionally loading the code.

Each time we got a minor version of Rails green we’d make the CI job required for all pushes to the GitHub application and start work on the next version. While we worked on Rails 4.1 a CI job would run on every push for 3.2 and 4.0. When 4.1 was green we’d swap out 4.1 for 4.0 and get to work on 4.2. This allowed us to prevent regressions once a version of Rails was green, and time for engineers to get used to writing code that worked in multiple versions of Rails.

The two versions that we deployed were 4.2 and 5.2. We deployed 4.2 because it was a huge milestone and was the first version of Rails that hadn’t been EOL’d yet (as an aside: we’d been backporting security fixes to 3.2 but not to 4.0+ so we couldn’t deploy 4.0 or 4.1. Rest assured your security is our top priority).

To roll out the Rails upgrade we created a careful and iterative process. We’d first deploy to our testing environment and requested volunteers from each team to click test their area of the codebase to find any regressions the test suite missed.

After fixing those regressions, we deployed in off-hours to a percentage of production servers. During each deploy we’d collect data about exceptions and performance of the site. With that information we’d fix bugs that came up and repeat those steps until the error rate was low enough be considered equal to the previous version. We merged the upgrade once we could deploy to full production for 30 minutes at peak traffic with no visible impact.

This process allowed us to deploy 4.2 and 5.2 with minimal customer impact and no down time.

The Rails upgrade took a year and a half. This was for a few reasons. First, Rails upgrades weren’t always smooth and some versions had major breaking changes. Rails improved the upgrade process for the 5 series so this meant that while 3.2 to 4.2 took 1 year, 4.2 to 5.2 only took 5 months.

Another reason is the GitHub codebase is 10 years old. Over the years technical debt builds and there’s bound to be gremlins lurking in the codebase. If you’re on an old version of Rails, your engineers will need to add more monkey patches or implement features that exist upstream.

Lastly, when we started it wasn’t clear what resources were needed to support the upgrade and since most of us had never done a Rails upgrade before, we were learning as we went. The project originally began with 1 full-time engineer and a small army of volunteers. We grew that team to 4 full-time engineers plus the volunteers. Each version bump meant we learned more and the next version went even faster.

Through this work we learned some important lessons that we hope make your next upgrade easier:

Was it worth it?

Upgrading Rails has allowed us to address technical debt in our application. Our test suite is now closer to vanilla Rails, we were able to remove StateMachine in favor of Active Record enums, and start replacing our job runner with Active Job. And that’s just the beginning.

Rails upgrades are a lot of hard work and can be time-consuming, but they also open up a ton possibilities. We can push more of our tooling upstream to Rails, address areas of technical debt, and be one of the largest codebases running on the most recent version of Rails. Not only does this benefit us at GitHub, it benefits our customers and the open source community. 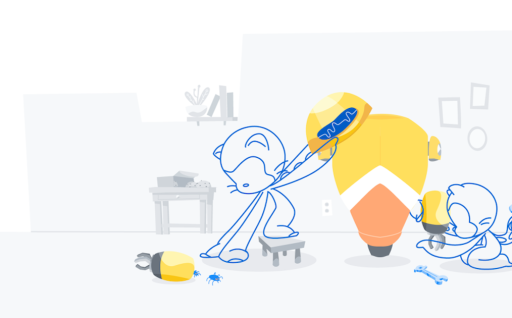