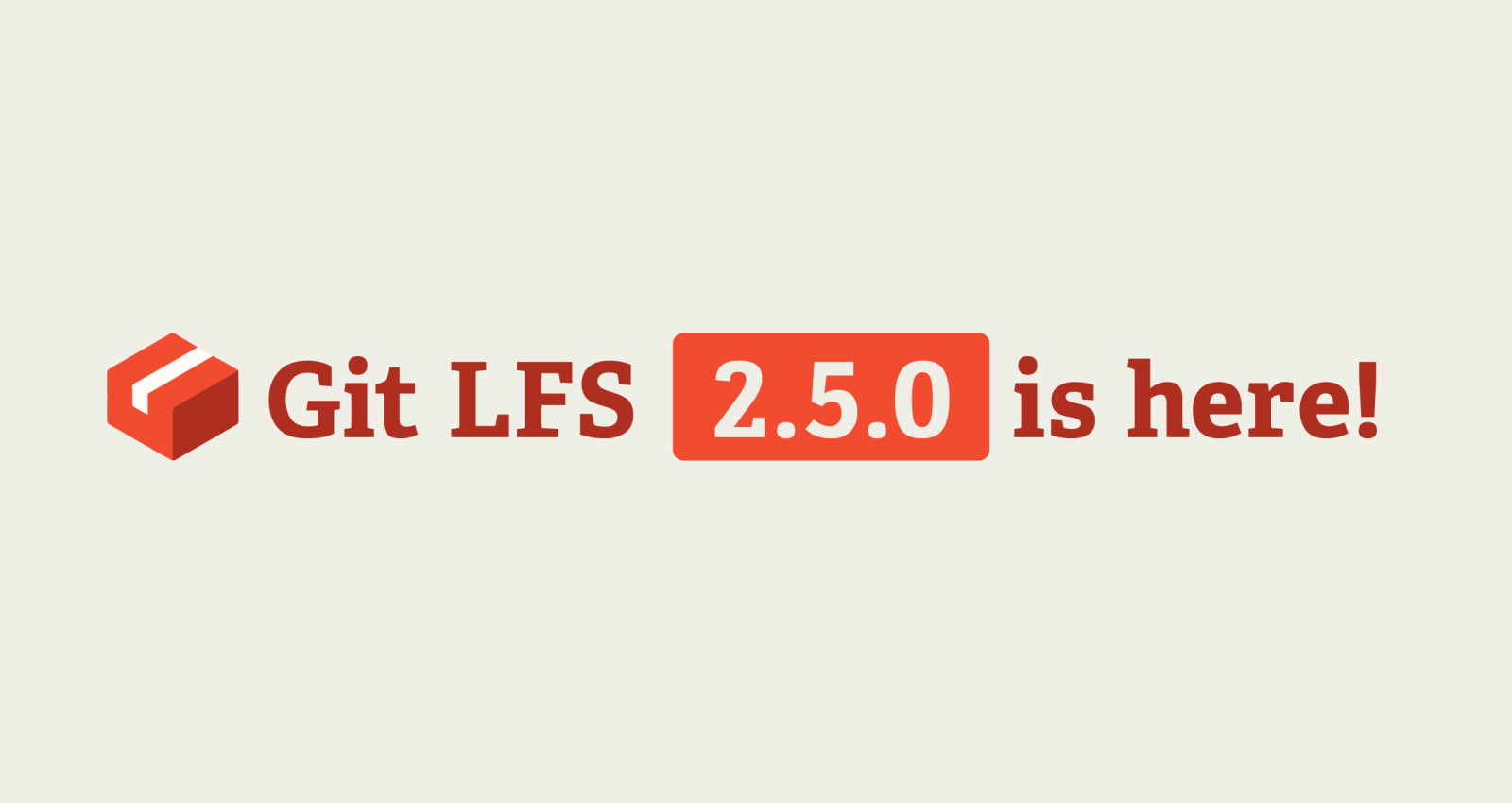 With v2.5.0, you can use the git lfs migrate command in a few new ways.

Sometimes repositories can get into a broken state when large files that should have been committed with Git LFS aren’t. If your file is over 100 MB, you won’t be able to push to GitHub, and your history will require rewriting with git lfs migrate import. If you have a file smaller than 100 MB, you can use git lfs migrate import --no-rewrite to create new commits that move the file to Git LFS, allowing you to repair the state of your repository more easily than ever.

If you have committed a handful of files that should have been stored with Git LFS, but aren’t, you can let Git LFS determine the affected files for you by running git lfs migrate import --fixup. The --fixup flag automatically reads .gitattributes file(s) in your repository, and converts Git objects that should be stored with Git LFS automatically:

In the following example, notice how our .gitattributes file says that *.png‘s should be tracked using Git LFS, but we added mona.png without Git LFS:

We can easily fix this without having to tell Git LFS which files to start tracking:

Lastly, if you want to stop using Git LFS and export your large objects, you can use git lfs migrate export. It accepts the same arguments as git lfs migrate import, and easily allows you to take files out of Git LFS.

We have updated several of the scripts and programs used to develop and hack on Git LFS to feel more familiar to open source contributors. The test suite now outputs results using the TAP format, enabling it to be run with prove. Similarly, the project can now be built using a Makefile, which should feel more familiar to developers comfortable working with Git.

You’ll see a handful of other new features and bug fixes in v2.5.0 like improved support for object alternates, correct git lfs status output from subdirectories, and more.

For instructions on configuring Git LFS, refer to this article.