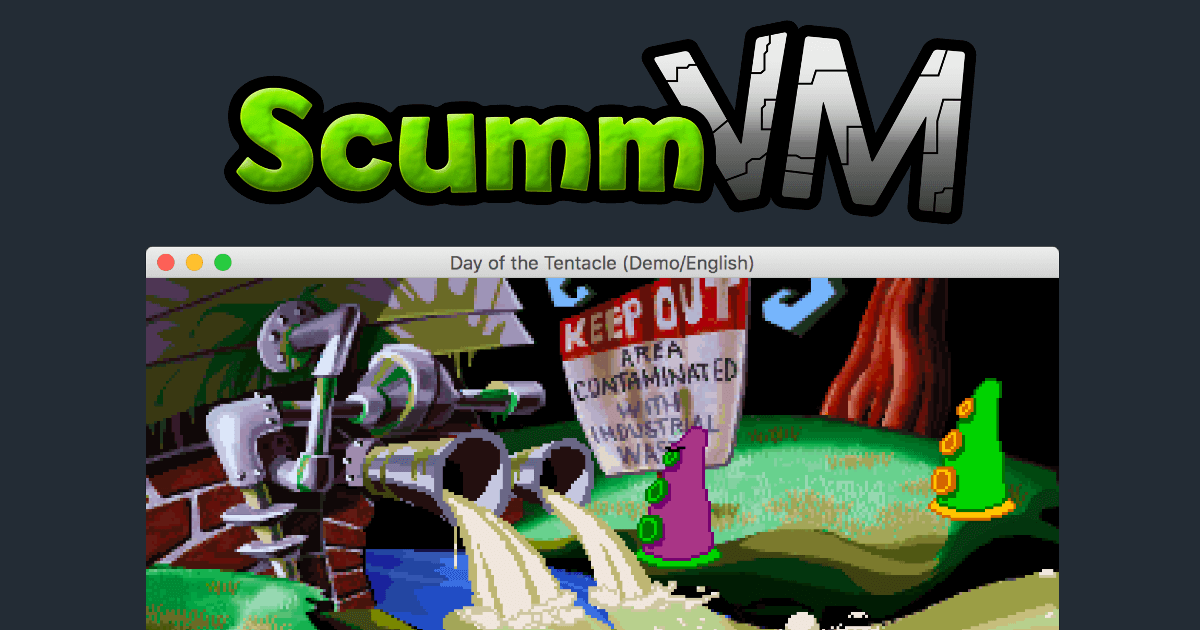 Welcome to Game Bytes: a monthly blog series about the game developer community on GitHub. This month, we take a look at a project that enables you to play classic point-and-click adventure games and catch up on a few new releases.

If you grew up playing video games in the 80s and 90s, you may have spent hours on end playing point-and-click adventure games that defined the genre, like Sam & Max Hit the Road, Full Throttle, and Day of the Tentacle (which was released 25 years ago today).

Those games were developed and published by LucasArts (formerly “Lucasfilm Games”) using a proprietary game engine called SCUMM, which stands for “Script Creation Utility for Maniac Mansion”. Those games weren’t designed to run on today’s hardware and playing them now would be a challenge. ScummVM, a collection of interpreter implementations for 2D adventure games, was created to enable gamers to discover and play these classic games. Originally developed for SCUMM-based games, ScummVM now supports many more engines. It is free and open source under the GPL (GNU General Public License). 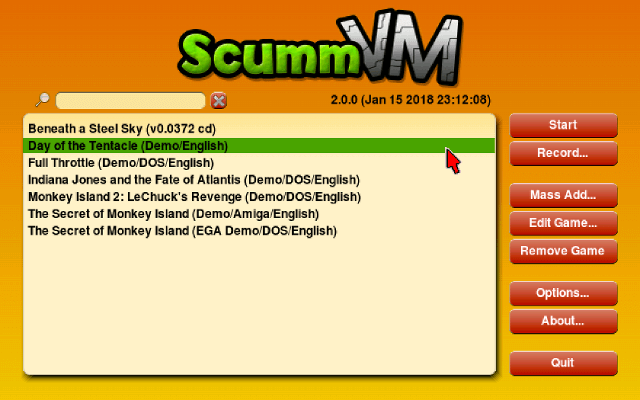 If you don’t have your old floppy disks still lying around (or a machine to read them), the ScummVM website is a great resource for demos of the classic games and freeware and commercial games that you can download or purchase.

For recommendations, check out the critically acclaimed cyberpunk/science-fiction game Beneath a Steel Sky, or one of the Secret of Monkey Island demos and try to become a pirate.

Did you know? The “Scumm Bar” featured in the first three Monkey Island games was named after the technology used to build the game. In a later edition of the game, the local pirates’ watering hole was renamed “Lua Bar”. Can you guess why?

It’s worthing noting that the ScummVM project has a zero tolerance policy for software piracy and a number of protections are built into the code to reject known cracked versions of classic games.

ScummVM is open source on GitHub and already has over 200 contributors. In addition to code contributions, the project is always looking for help on their user manual and with translations. Check out their developer documentation for information on how to get involved.

They are also mentoring students through Google’s Summer of Code program and you can follow along with their progress.

Did you know? GSoC student @drenn1 is adding support for the engine used in Star Trek: 25th Anniversary and Star Trek: Judgement Rites. They have also uncovered and fixed 25-year-old bugs, and explained scaling and animation optimizations in the transporter room–a place you definitely don’t want to encounter bugs or performance issues.

Here’s other news coming from the game developer community.

The latest version is the biggest Phaser 3 release to date and introduces multi-touch support, a brand new gamepad system, new input plugins, and more. The API documentation has also been updated, but is still conveniently formatted in Markdown for easy editing.

Play and rate the games