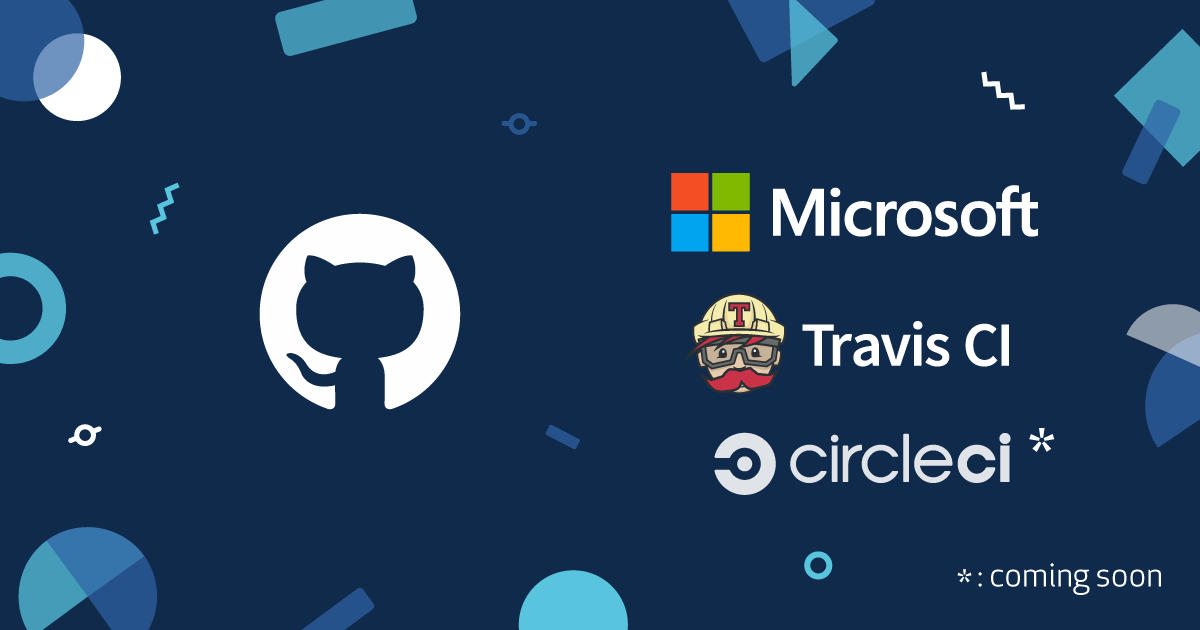 Over 600,000 repositories received statuses in January 2018 alone—more than a 50 percent increase from last year—and now statuses will provide you with more information than ever. Today we’re introducing the public beta release of the Checks API, a better way to get feedback from integrations on your code. The Checks API allows you to build sophisticated tools for continuous integration (CI), linting, and acceptance testing on GitHub. This new functionality currently works with the GitHub REST API, with GraphQL support coming soon.

Instead of pass/fail build statuses, your integrations can now report richer results, annotate code with detailed information, and kick off reruns—all within the GitHub user interface. 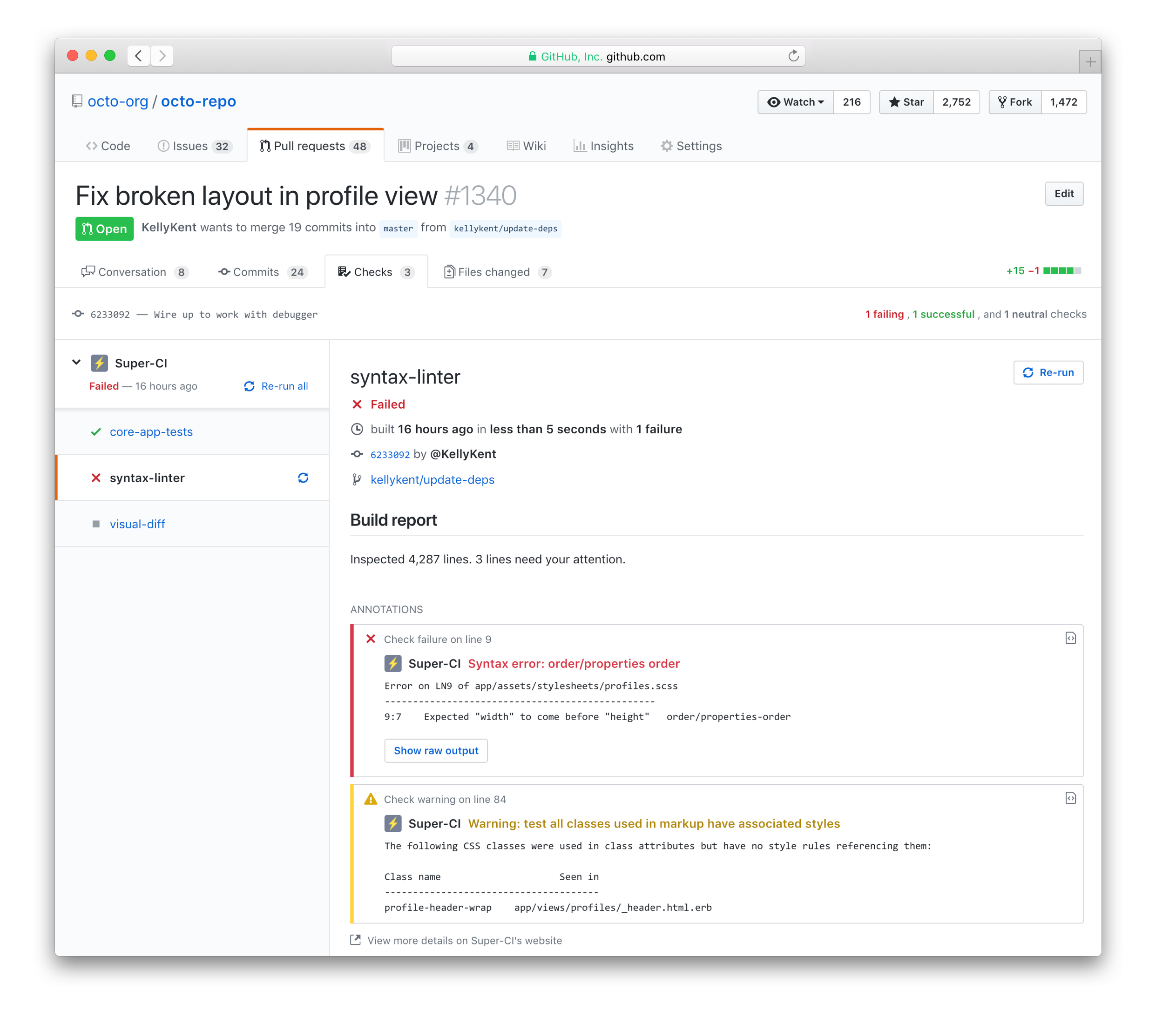 Build outputs are now accessible with the new “Checks” tab on pull requests. Inline annotations are simple to find, too. They’ll appear right alongside the relevant code in the pull request, so you can identify and address failing checks even faster.

Learn more about the Checks API

Microsoft maintains hundreds of open source projects on GitHub, including Visual Studio Code, which had the most community participants among any project last year, and TypeScript, one of the fastest growing languages in 2017. Now we’re partnering with Microsoft to integrate Azure’s DevOps services with GitHub, starting with Azure’s Mobile CI service. GitHub will detect mobile projects and suggest developers set up mobile CI using any one of our providers, including App Center.

With App Center installed, you can automate builds on every commit, test apps on real devices in the cloud, and monitor usage with crash and analytics data. And because the App Center integration uses the Checks API, mobile developers will be able to see the results directly within GitHub’s interface. 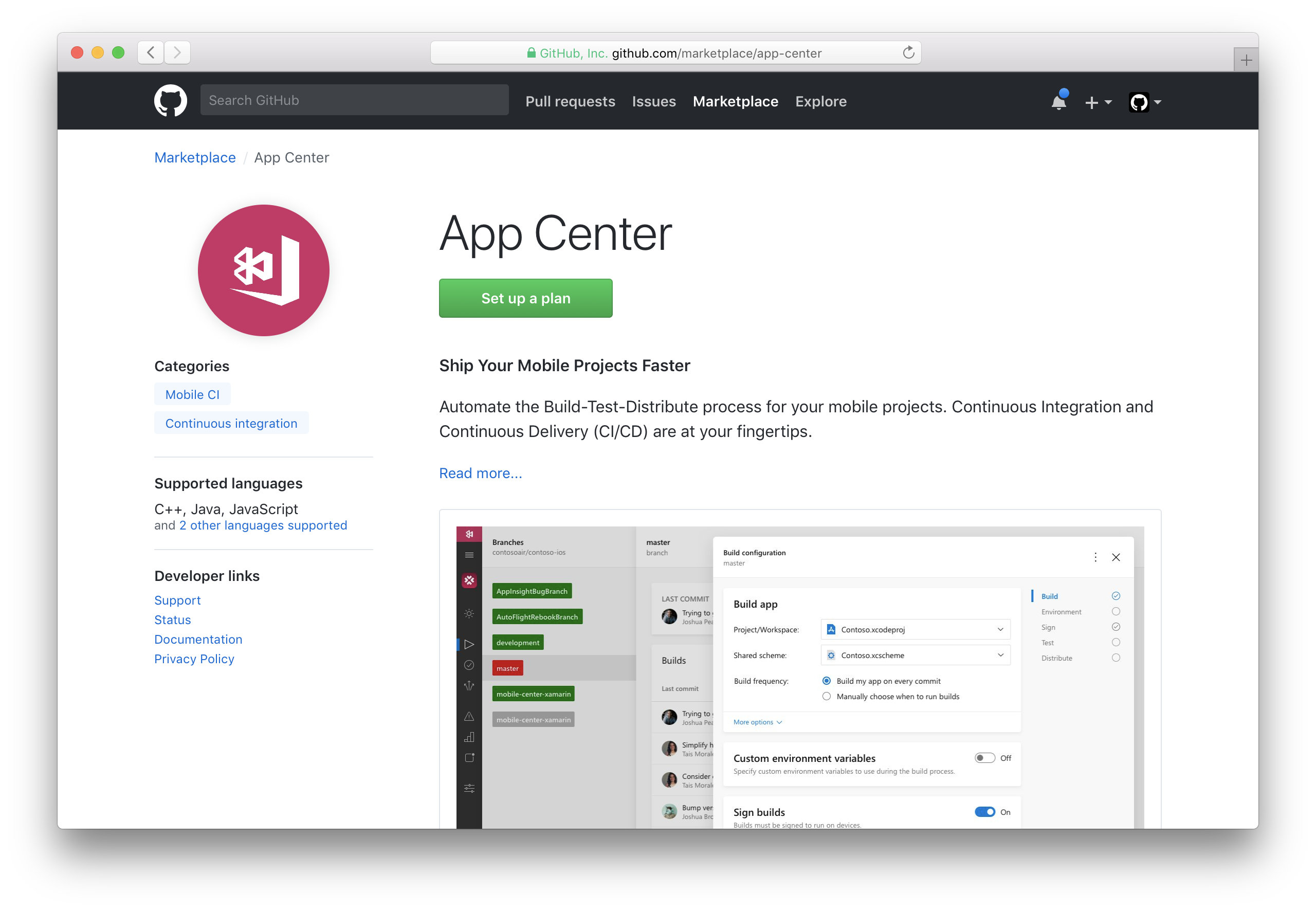 To provide you with simple, streamlined experiences for tools you already use, we’re also integrating GitHub with Microsoft Outlook using Adaptive Cards. Over the next several weeks, Outlook users will be able to comment on issues from their inbox—and soon after, be able to merge pull requests, too. 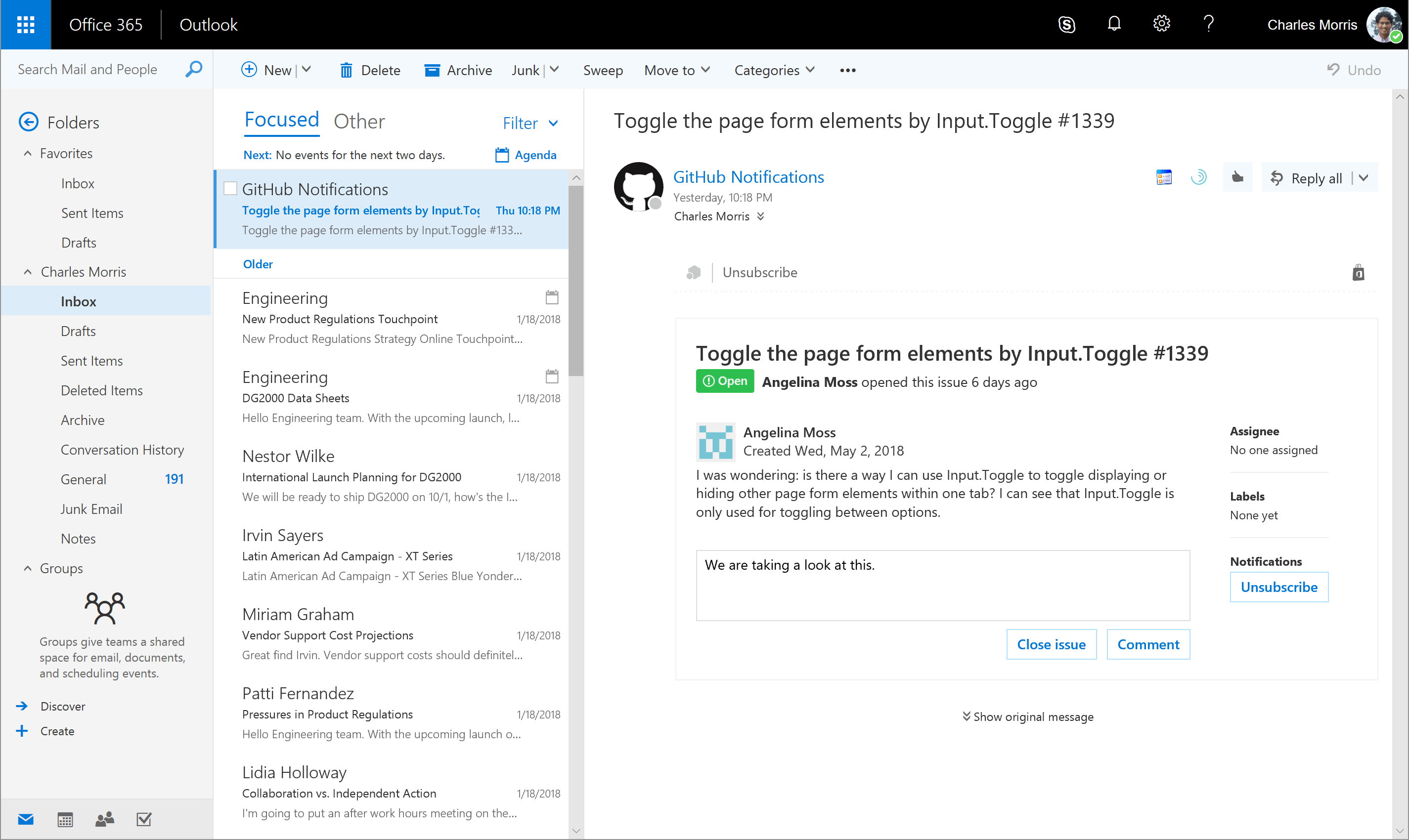 As a leading provider of hosted CI, Travis CI has been helping build and test open source and private projects for more than seven years. Travis CI recently adopted GitHub Apps and now includes Checks as a way for your team to share the results of your project’s branch and pull request builds. View your build’s stages, jobs, and results, including the config associated with them to get a complete picture of the health of your projects directly from GitHub. You can also rerun builds from within the GitHub Checks UI.

Learn more about Travis CI integration with the Checks API

Speed up your test and development cycle without extra maintenance. Follow your GitHub project from CircleCI, and set up your first build in no time thanks to CircleCI’s automatically generated build and test steps and simple extensibility. Checks API compatibility with CircleCI is on the way.

Today’s announcement is just the start. We’ll continue shipping new ways for you to make the most of GitHub and build useful, powerful tools that work seamlessly with our platform. With easy access to an open ecosystem of applications, you can create fast and flexible workflows that help you focus on what matters most.