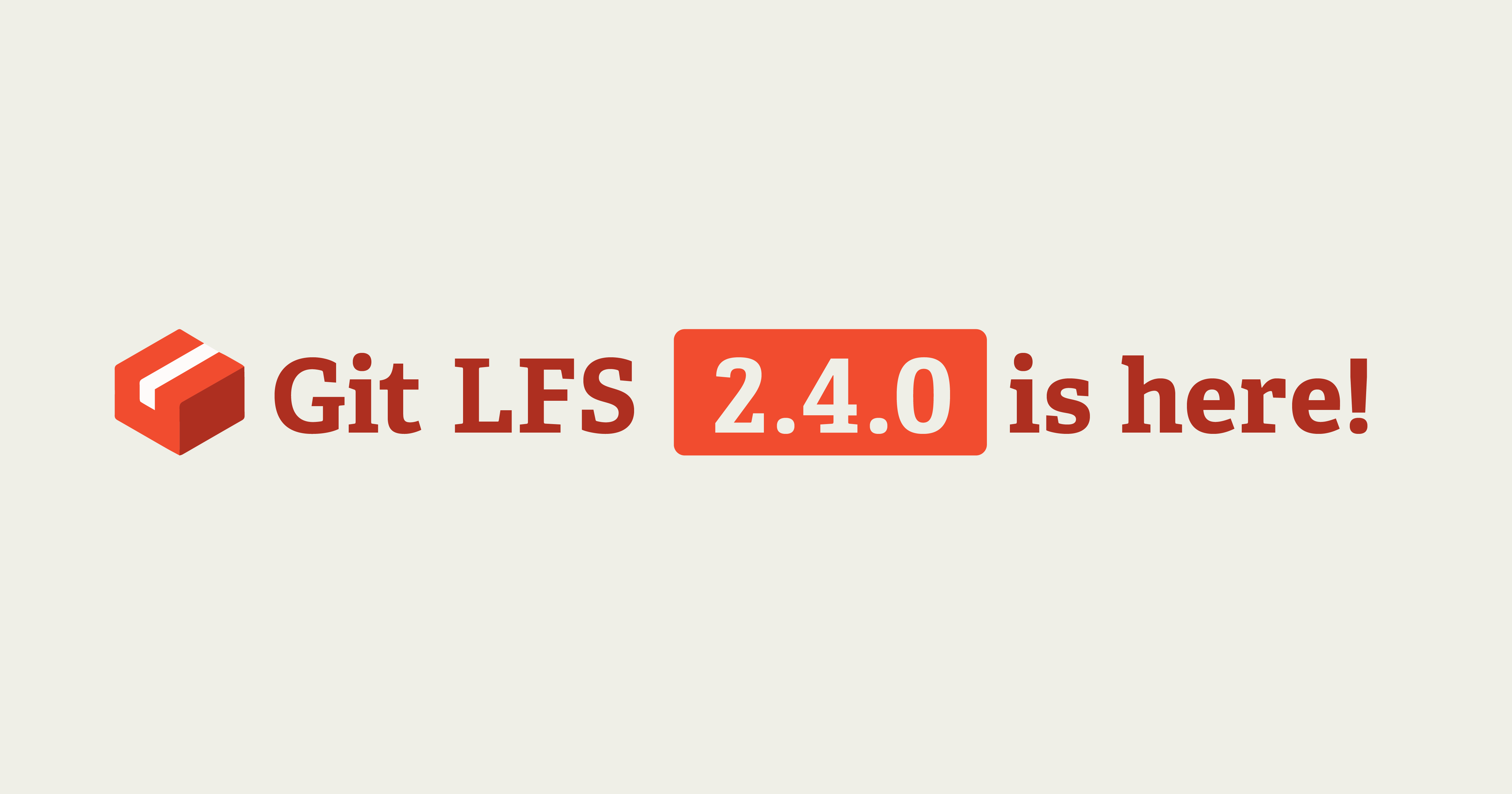 With v2.4.0, you’ll get a complete reimplementation of the engine that decides which files do and don’t match commands that accept --include and --exclude flags. That means Git LFS has gained support for character ranges and classes. It’s also a step toward standardizing the meaning of certain patterns—stay tuned for more advanced pattern matching in future LFS releases.

Many of the progress meters that have appeared throughout Git LFS are now unified into a single implementation, which matches Git’s style:

The progress meter you see when sending or receiving Git LFS objects is also clearer and more focused. You’ll now see a moving average rate for the transfer—and you’ll no longer see a count of “skipped” objects:

References in the API

And thanks to the great work of the Git LFS open source community, you’ll find support for NTLM SSPI authentication on Windows, fixes for memory alignment issues on 32-bit architectures, and more.

You can learn more about v2.4.0 in our release notes—and to see how Git LFS works with GitHub, check out our getting started guide.

Today GitHub Actions shipped a series of features designed to improve your workflows when working with PRs from repository forks. New settings for private repository forks Many GitHub customers choose to work in a forking

The public roadmap is designed to give your team more information about what features and functionality you can expect from GitHub over the coming quarters.

GitHub Actions makes it easy to automate all your software workflows, from continuous integration and delivery to issue triage and more. Whether you want to build a container, deploy a web service, or automate welcoming