Game Off—our fifth annual game jam celebrating open source is officially underway. The theme for this year’s jam is throwback. Let your imagination run wild and interpret that in any… 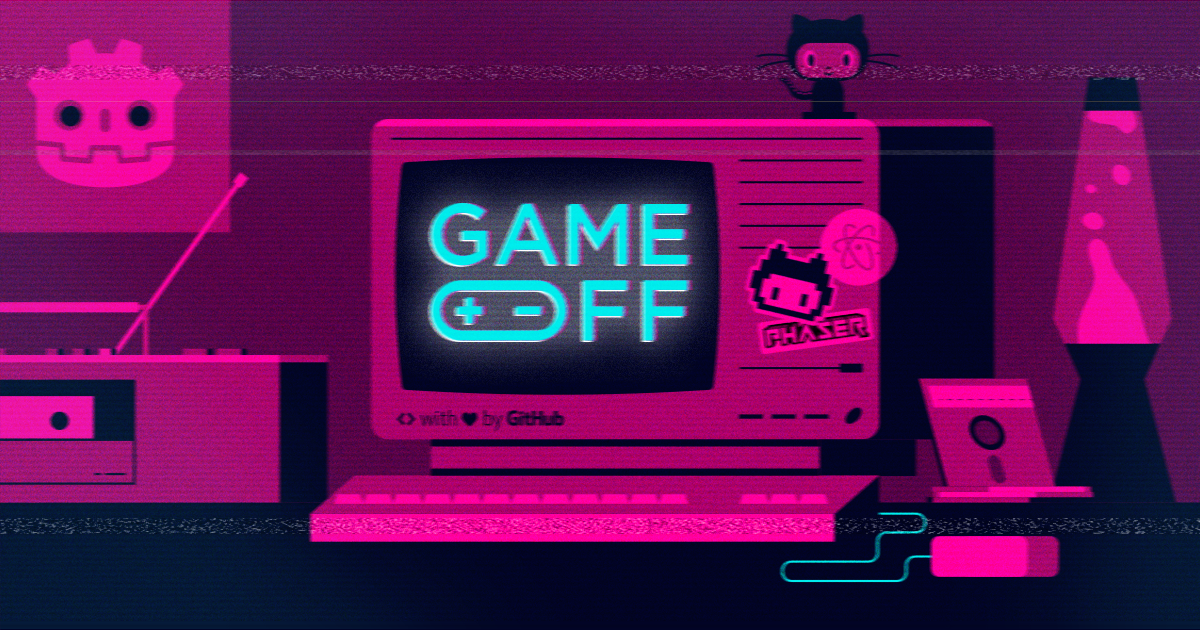 Let your imagination run wild and interpret that in any way you like, but here are a few possible interpretations for inspiration:

You can participate by yourself or as a team. Multiple submissions are fine. And of course, the use of open source software is encouraged.

This year, voting will open shortly after the jam ends and is open to everyone who’s submitted a game.There’ll be plenty of time to play and vote on the entries.

As always, we’ll highlight some of our favorites games on the GitHub Blog, and the world will get to enjoy (and maybe even contribute to or learn from) your creations.

If you’re new to Git, GitHub, or version control…

If you’re new to itch.io or game development…

The itch.io community feature is enabled for this jam—that’s a great place to ask questions specific to the Game Off, share tips, etc.

And don’t be shy—share your progress! The official Twitter hashtag for the Game Off is #GitHubGameOff.