Welcome to the first edition of the Release Radar, where we share the projects popping up on our radar—from world-changing technologies to weekend side projects. Most importantly, they're all projects… 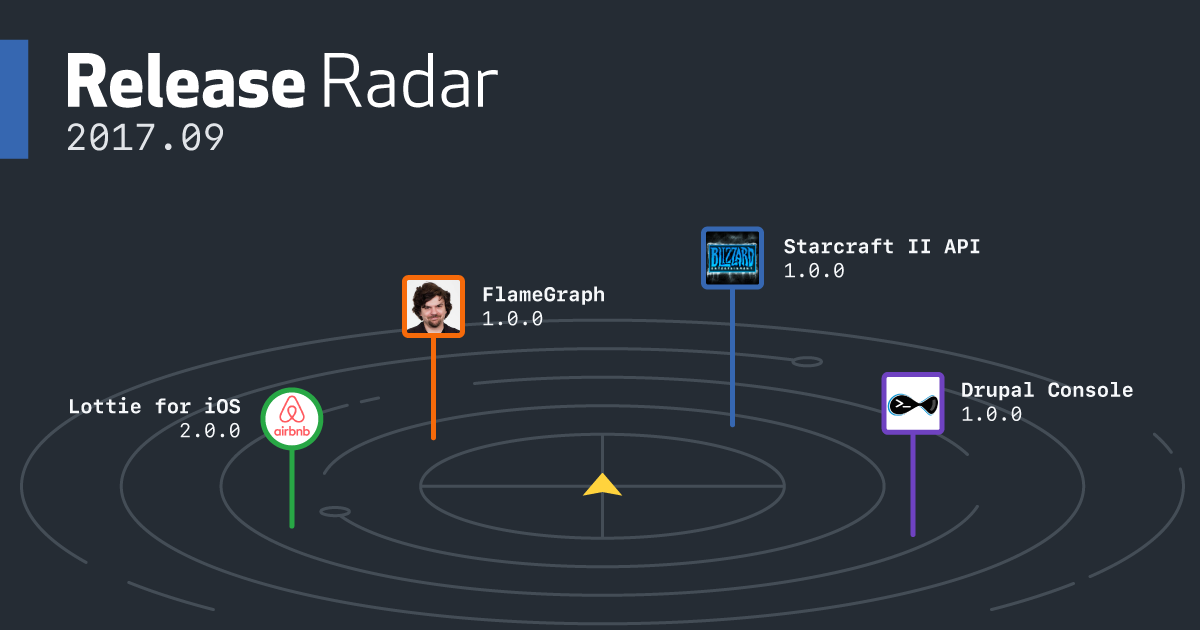 Welcome to the first edition of the Release Radar, where we share the projects popping up on our radar—from world-changing technologies to weekend side projects. Most importantly, they’re all projects shipped by you. Hopefully, we’ll find little something for everybody: a new app for your tool belt, a fresh experiment for your free time, or a game to play with on your next coffee break.

This month we’re sharing projects to make your data sizzle :fire: and add animations to your native apps with ease. Enjoy!

Lottie is an Android, iOS, and React Native library that renders After Effects animations in real time, allowing developers to add animations to native apps just as easily as static assets.

Lottie started as a hackathon project at Airbnb, but @buba447, @therealsalih and @gpeal from the Airbnb Design Team have continued to iterate on it. View the Lottie for iOS 2.0.0 release notes.

Did you know: Lottie was originally named Lotte after Charlotte Reiniger—an original trailblazer of animation. She made one of the first feature-length animated films, and her work still holds up today.

Visualize profiled software with FlameGraph to identify your most frequent code-paths quickly and accurately. The team tagged the 1.0 release to allow package maintainers to grab static versions, but don’t let that fool you. FlameGraph has been around for years—and has likely improved performance for products and services you use every day.

“It confuses people at first since the x-axis is not the passage of time; it’s an alphabetical sort. People move from ‘I don’t like it, it’s not intuitive‘ to ‘This is amazing, how did I ever live without it?‘ quickly”. – @brendangregg 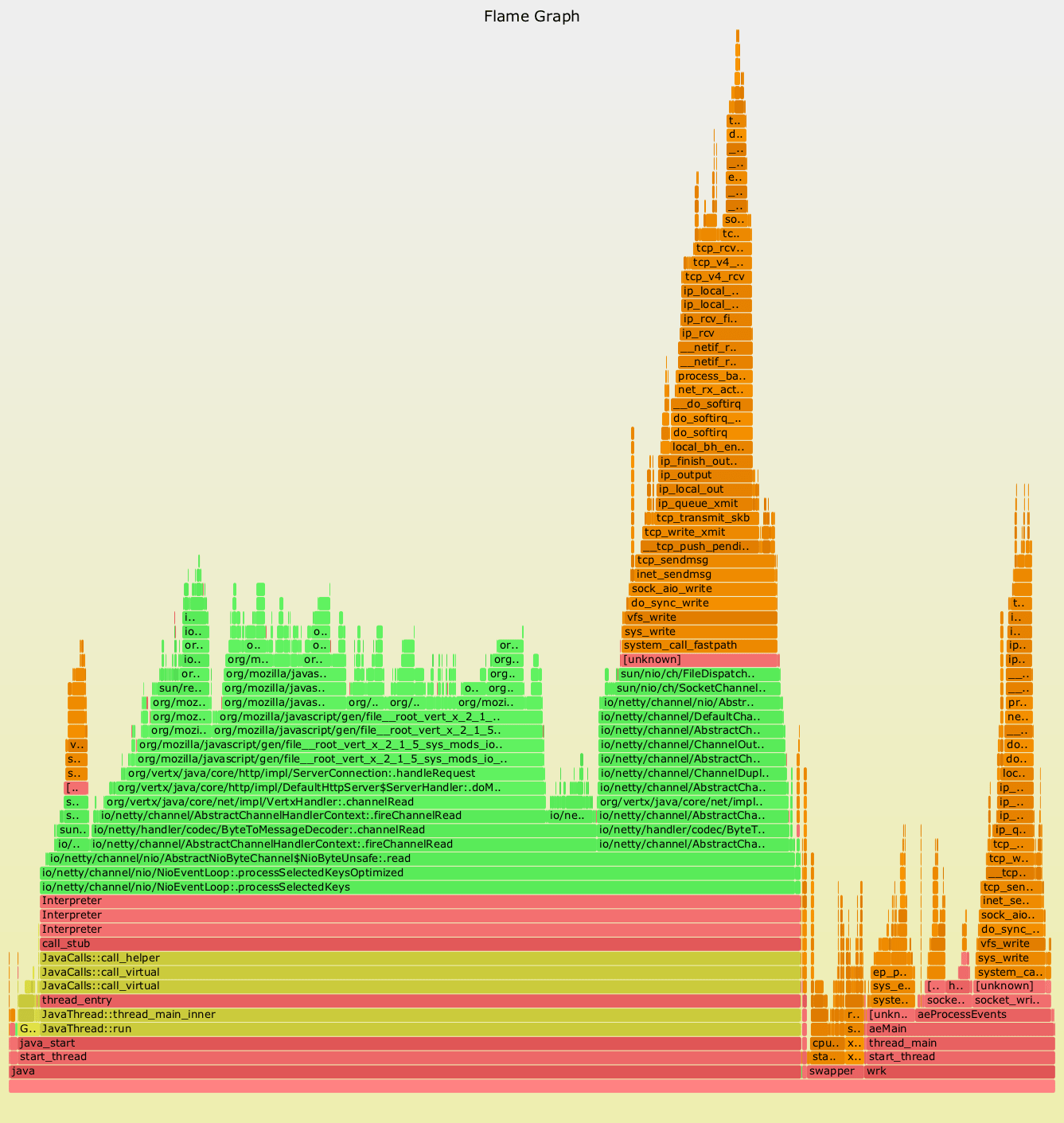 Did you know: Brendan coded the first version of FlameGraph in a single night; he didn’t think he could play around with new visualizations at his day job when there were more pressing deliverables. The next day, he used it for work to understand the difference between two massive MySQL profiles that were thousands of pages of text each.

“It’s amazing how a project we started a few years ago as a Drupal 8 learning exercise is now considered for the Drupal community a must-have tool to accelerate Drupal 8 development.” – @jmolivas 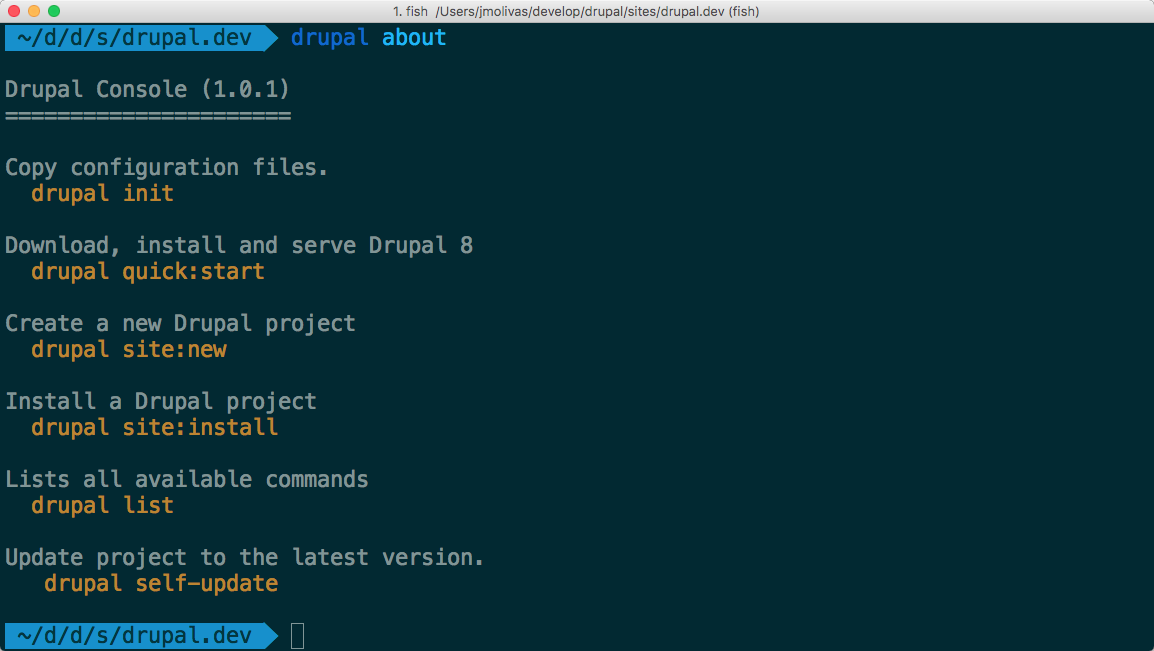 Did you know: Drupal Console is hitting all the right milestones lately. Last month, they celebrated one million downloads. Congratulations, all around!

Redash is an open source tool for teams to query, visualize, and collaborate on data from MySQL, Graphite, Presto, BigQuery, Redshift, and many other data sources. No more exporting data into Excel or spending weeks building dashboards.

Refer to the release notes for some highlights and contributions from the community. 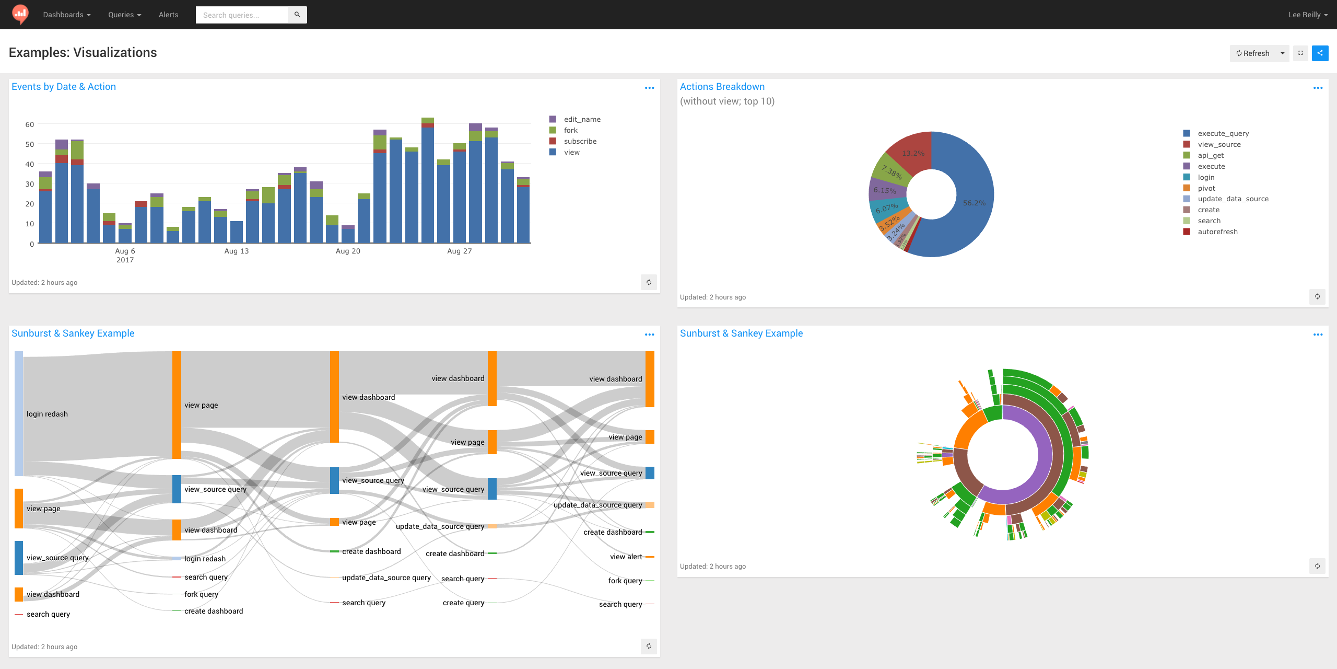 Smartphone Test Farm (STF) is an open source web application for controlling and debugging smartphones and other devices—right from the comfort of your browser. Testing your latest app or game on all devices has never been easier.

Did you know: STF’s origins lie at CyberAgent in Tokyo, where it was used to control over 150 devices.

react-map-gl is a suite of React components for Mapbox GL JS, a JavaScript library that uses WebGL to render interactive maps. You don’t need to have as much data as Uber to create beautiful data visualizations. 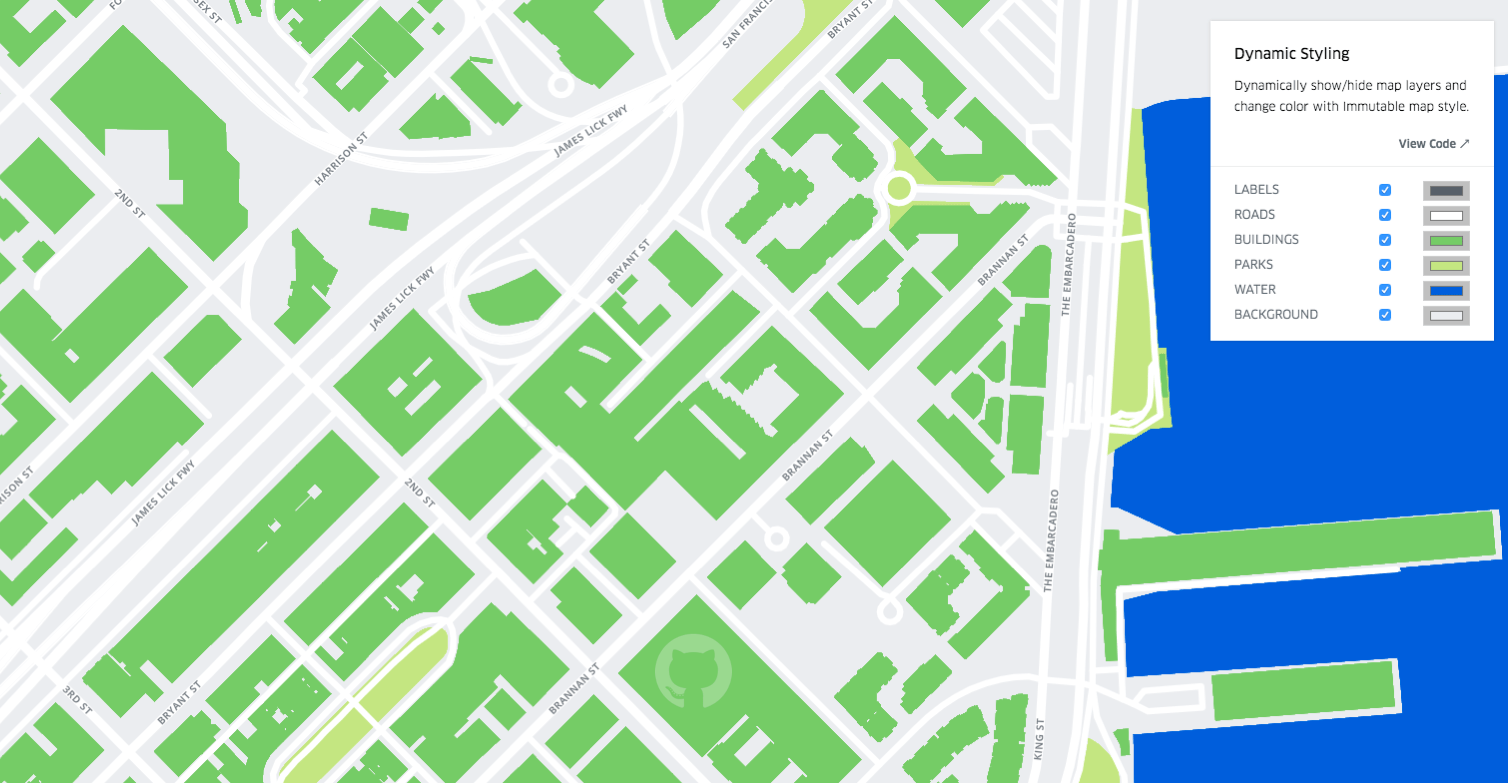 Did you know: This is just one of many frameworks created and maintained by the Visualization Team at Uber. Read more about the entire framework

The Starcraft II Development Team just announced the release of the Starcraft II API for gamers and researchers advancing the field of Artificial Intelligence (AI). In addition to sample code and bots, they’ve also included a dataset of replay data from some of the world’s best Starcraft players. 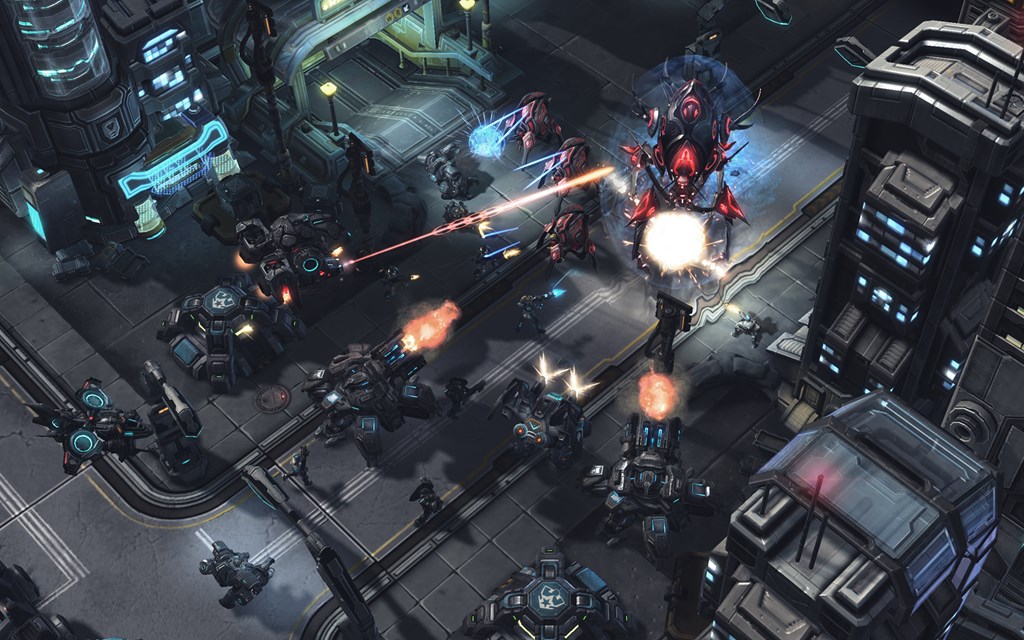 In partnership with Blizzard, Deepmind also released PySC2—a Python wrapper for the new API for reinforcement learning agents to interact with the game. They also share some mini games (which they think of as more of unit tests). In these, agents achieve a level of play comparable to a human player—moving to beacons, building marines, and more.

Did you know: Although bots are currently no match for a human, we might see a bot defeat the world’s best human players in the next few years. Learn more

Lumberyard, Amazon’s AAA game engine integrated with GameLift and Twitch just released 1.10 with over 500 new features, bug fixes, and performance improvements. They also made the source code available, so game developers can customize and optimize the code to suit their needs. Finally, our friends at the .NET Foundation released .NET Core 2.0—a lightweight, modular platform for creating web applications and services that run on Windows, Linux, and Mac. Learn more from Scott Hunter and members of the .NET Team on Microsoft’s Channel 9. 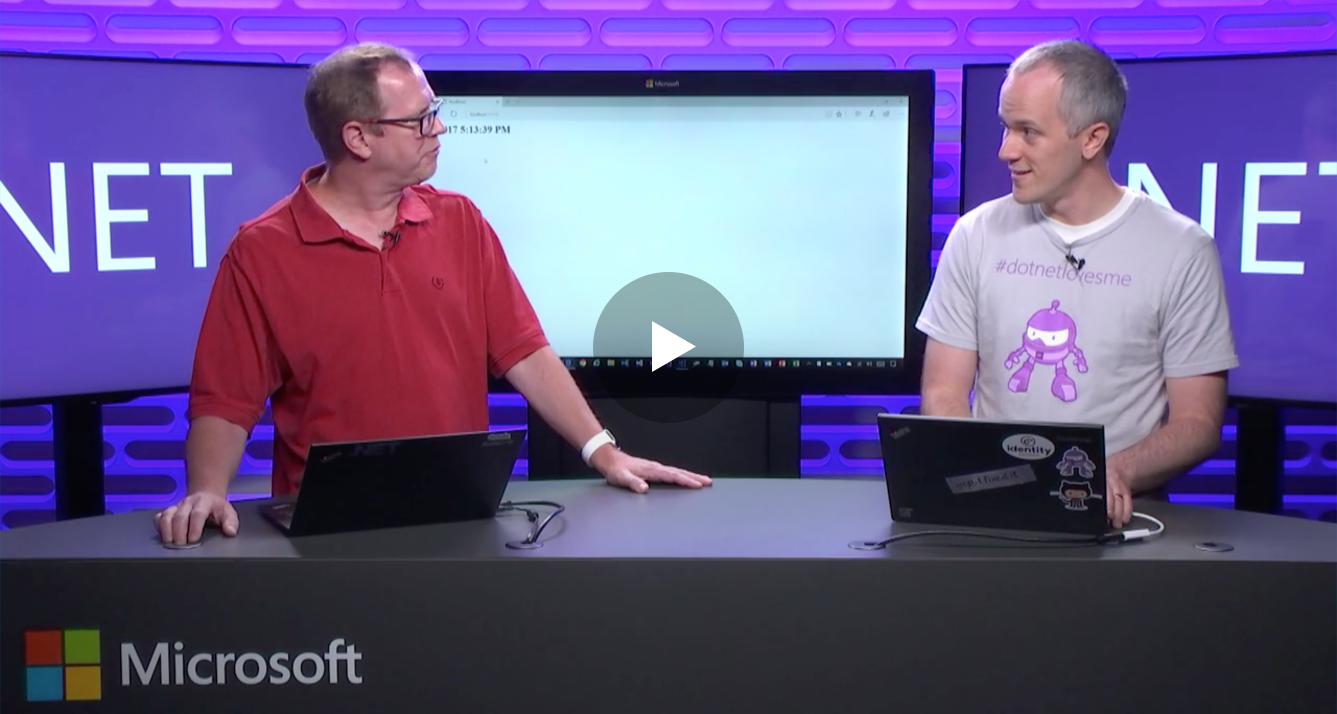 Did you know: Microsoft also released ASP.NET Core 2.0, Entity Framework Core 2.0, and the complete .NET Standard 2.0 specification—not a surprise considering Microsoft had the most open source contributors of any organization last year.

This is just a sample of all the awesome things you shipped last month. Are you releasing something exciting soon? We’d love to help you celebrate! Send a note to releaseradar@github.com