It’s almost Pride Month, and we’re rolling out the rainbow carpet a little early to announce a new shirt in the GitHub Shop, inspired by the LGBTQ tech community. After…

It’s almost Pride Month, and we’re rolling out the rainbow carpet a little early to announce a new shirt in the GitHub Shop, inspired by the LGBTQ tech community. After two years of donating proceeds from Pridetocat and Transtocat shirts to organizations that empower LGBTQ community members, we’re changing up the design and going bigger (and global) with our donations.

With the new shirt design, you’ll always have your heart on your sleeve and your git chart proudly on your chest. Whether you’re wearing it to parade day or a coffee run, it’s the perfect way to add some color with a side of code. Get one while you can—they’ll be in the Shop until September 30.

Check out the shirts 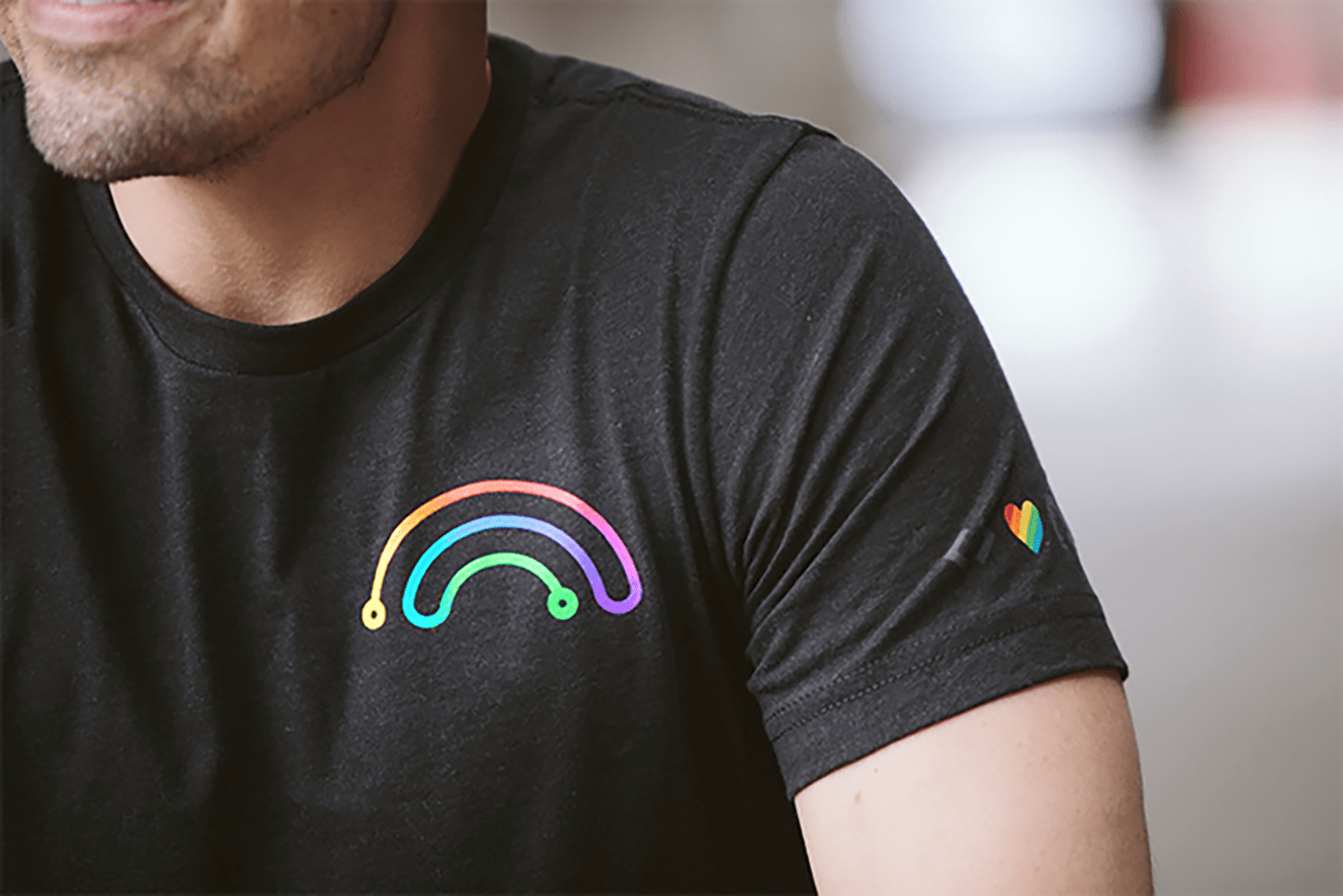 LGBTQ organizations you’ll be supporting when you buy one

BreakOUT!
BreakOUT! seeks to end the criminalization of lesbian, gay, bisexual, transgender, and questioning (LGBTQ) youth to build a safer and more just New Orleans. BreakOUT! builds on the rich cultural tradition of resistance in the south to build the power of LGBTQ youth ages 13-25 directly impacted by the criminal justice system through youth organizing, healing justice, and leadership development programs.

Communities United Against Violence
Founded in 1979, CUAV is a San Francisco organization that supports the wellness of predominantly low and no-income LGBTQ people surviving violence or abuse. They host support groups, workshops, advocacy campaigns for systemic change, and programs for leadership development.

Familia: Trans Queer Liberation Movement
Familia: Trans Queer Liberation Movement was founded in 2014 by trans and queer immigrants, undocumented LGBTQ immigrants, youth leaders, and parents. They are the only US national organization solely dedicated to community organizing and building the leadership of the trans and queer Latin community across the U.S. Familia runs advocacy programs including #Not1More and #EndTransDetention, a campaign against deportations of queer and trans people.

Gladt e.V.
Founded in 1997, Gladt e.V. is an organization by and for the LGBTQI community of color and queer immigrants in Germany. Working at the intersection of race, queer/trans identity, and migrant status, Gladt e.V. runs programs for queer refugees and provides binational couples counseling and support on health, violence, discrimination, coming out, and navigating immigration status.

Stay tuned for more information about our Pride festivities.

Go to the GitHub Shop