To highlight the people behind projects we admire, we bring you the GitHub Developer Profile blog series. If you know Sean Marcia, chances are that it’s through Ruby for Good,… 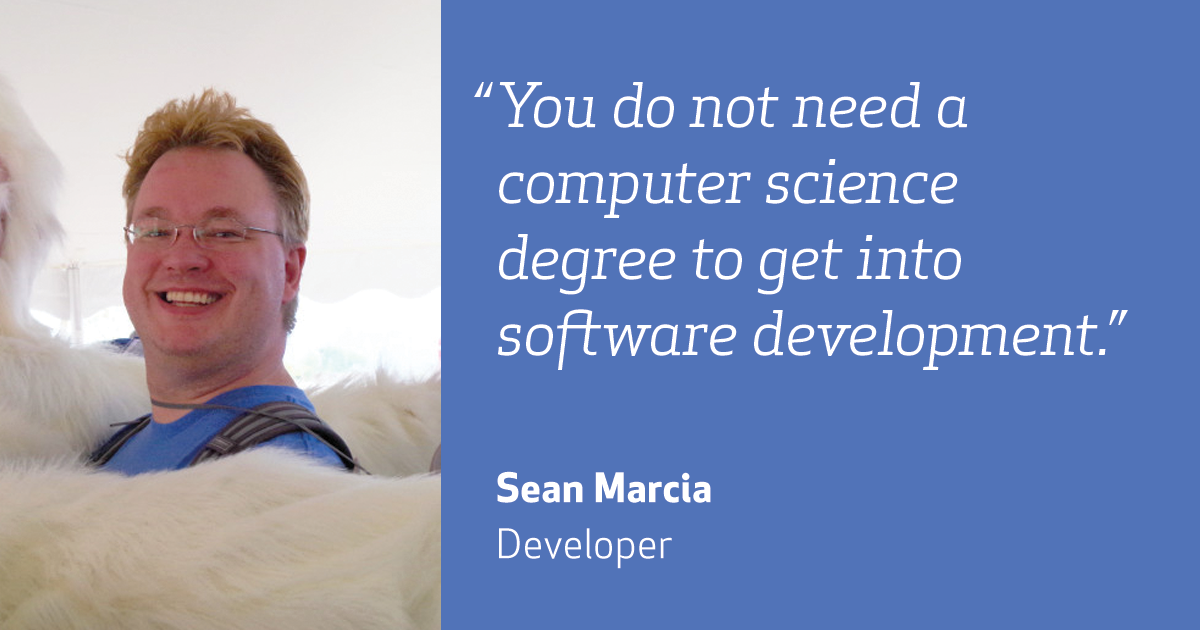 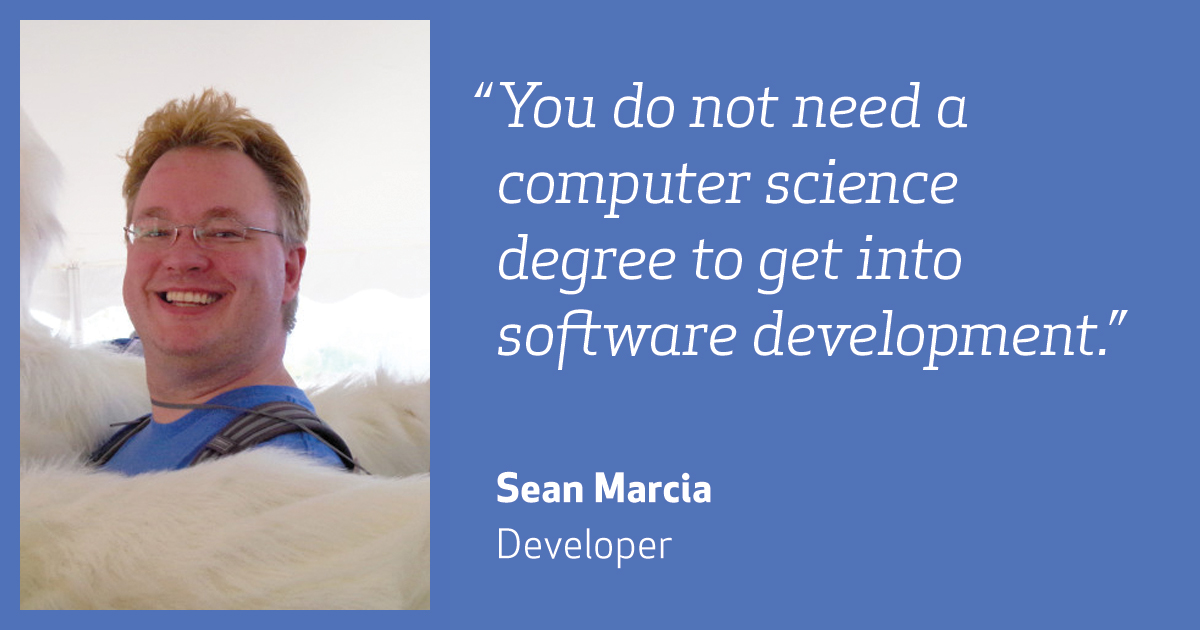 If you know Sean Marcia, chances are that it’s through Ruby for Good, an annual event that brings Ruby developers together to work on projects that benefit their communities. But when he’s not empowering developers to use their skills for collective good, he’s partnering with academics at George Mason University to advance their research through software and the web. Oh, and saving the world’s pollinators, of course. We asked Sean to share the story of how he became a developer, and what he’s learned from his work.

Erin: How long have you been developing software?
Sean: Let’s see… It’s been my legit full-time career for about five years now. Like many nerdy types, I’ve been poking and prodding at computers since I was a wee one. Getting paid to do it is a relatively new and delightful thing!

Erin: What programming languages do you use?
Sean: I primarily use Ruby on Rails and Javascript for the projects I work on at George Mason University. I also sneak in Go whenever I am able.

Erin: Who did you look up to in your early days?
Sean: In my early days, full-stop, I definitely looked up to (and continue to look up to) Jim Henson and Mr. Rogers. These guys genuinely cared about people and their happiness. My favourite Jim Henson quote nicely sums up why I admire him so much and what I strive for everyday:

My hope still is to leave the world a bit better than when I got here.

In my early days of career software development, who did I look up to? Hmm, it’s tough to narrow it down to a short few. I definitely have to mention _Why, James Edward Gray II, Greg Brown, Jim Gay, and Evan Light. These folks were helpful (understatement), encouraging, smart, generous with their time and expertise, and just all-around great people; I hope I can offer back even half of what they’ve given me. Ruby fosters a culture of inclusion, kindness, and learning. It’s a community comprised of some of the best people I’ve ever met. As a newbie, I was privileged to be exposed to this great bunch, and now as a Ruby Meetup organizer I count myself lucky to see newcomers’ passion about development and their world.

Erin: Tell us about your journey into the world of software development.
Sean: Okay, brace yourself, best sit down for this one: I’ve always been a bit of a computer nerd with an affinity towards technology. No big shocker that this interest manifested itself in computer games. The first substantive programming I did was using a language called LPC for a multi-user-dungeon (MUD). That’s right, I wear my nerd badge proudly! For those who have no idea what I’m talking about, MUDs were the precursor to MMORPGs. Everything was text based, there were no snazzy graphics, and they only had a few hundred people playing at once (none of this thousands upon thousands business). It was great fun, as I was friends with a lot of the people who used the things I built and was able to directly observe their happiness and pains when they were interacting. Quite the dichotomy from today when some of the things I build disappear into the ether after delivery and I never see how it is used or what happens next.

Erin: What resources did you have available when you first got into software development?
Sean: Not a lot! I remember begging my parents to buy me Borland’s C++ compiler but it was outside their budget so I was only able to read the code in the book but not compile and execute it myself.

Erin: What advice you would give someone just getting into software development?
Sean: I would tell them to get involved in the community! I have learned and benefitted so much from having access to people at meetups, conferences, and other events. I wouldn’t be where I am today without the help. I would also let everyone know that you don’t need a computer science degree to get into software development. We live in an amazing world where information is so widely available that you can learn anything you want with a few clicks. It is fantastic that schools like MIT, Stanford, and others have open sourced so many courses. If you have access to an Internet connection you can access courses taught by some of the smartest people in the world. This isn’t to say that software development isn’t hard! Don’t get discouraged. Don’t give up.

Erin: What additional advice would you give someone looking to get into open source?
Sean: I would tell them to not be afraid! Everyone I’ve met who works on or maintains an open source project is super nice and generally pretty overworked. They are friendly, welcoming to new people, and love the help! An easy way to get started with an open source project is to help with documentation. I think most people would be surprised with how much help even well-established projects need in that area. If you are new to development and are using and learning an open-source project, document your learning, and submit it to the project’s GitHub wiki as a newbie’s guide to help others.

Erin: I was inspired (and entertained!) by your talk on saving the bees with Ruby and was amazed at how much you did with so little. What advice would you give to someone with a big, impactful idea, but a small budget?
Sean: Not to sound like a broken record, but get involved with your community! I couldn’t have done everything I did without the help of my community. For the project you mentioned, several people donated a Raspberry Pi that would have otherwise been collecting dust on a shelf. Plus, a friend did all the soldering for me and was nice enough to allow me to record him so others could replicate it. And, the wealth of knowledge and feedback that so many people provided made it a success. A lot of people are happy and want to help, you just need to ask!

Erin: What role did MINASWAN play in inspiring you to start Ruby for Good? Can you share with us an example or two of how you’ve personally experienced MINASWAN (or perhaps seen others experience it)?
Sean: MINASWAN played a huge part. Outside of the technology industry many people are struggling and I believe that because we have it so good in tech it is easy to lose sight of that. The genesis of Ruby for Good was to provide a way to help and make a difference for the people who need it most. There are everyday MINASWAN heroes in this community and one person I’d particularly like to shine some light on is Zander Hill and the amazing work he does mentoring. Getting into software development can be intimidating and overwhelming, but I’ve seen Zander take the most difficult concepts and make sense of them for his mentees.

Erin: Okay, we’ve talked a little bit about Ruby for Good, a conference that gets Ruby developers together to hack on projects that make an impact on the world outside of tech. What are some of your favorite projects that have been helped by the conference attendees?
Sean: I think my favorite project was a ticket-tracking app we built. Before we helped them through Ruby for Good, the nonprofit was using a telephone line and its voicemail as their project management tool. The telephone line would ring continuously throughout the day. People would check messages with the rule that you could only delete a message once the task was completed. This required people to forward through as many as 80 messages before getting to the one they needed and they estimated that each employee who used it wasted at least five to six hours a week on the phone. The new system has made their lives much better and given them more time to devote to the great work they are doing. I’m also pretty excited about the help we provided the Fairfax Humane Society because it doesn’t get much better than helping puppies and kittens! This year, Ruby for Good is going to be held June 16-19 where we will be helping some truly amazing organizations, including researchers who are working with red pandas. I’d encourage anyone who wants to do good and hang out with red pandas to attend!

Erin: Where would you point someone who wants to get involved, but can’t attend the conference?
Sean: If someone wants to specifically get involved with Ruby for Good, check out the projects with open issues on our GitHub organization page and submit a pull request! I would also encourage people to look closer to home. Stop by a local non-profit that appeals to them and offer to help. One ubiquitous issue among non-profits that we’ve spoken to is how starved they are for help with technology. Nonprofits desperately need the help that we can offer, but for most part it is completely outside of their budget. Through our volunteer work, they can get new ways of doing things that they might have done the same way for the past 20 or 30 years.

Erin: Anything else you’d like to share?
Sean: I’ve had a great deal of fun whenever I’ve been able to use Go and would love to do something more substantial with it. I’d love it if anyone could make some suggestions :). 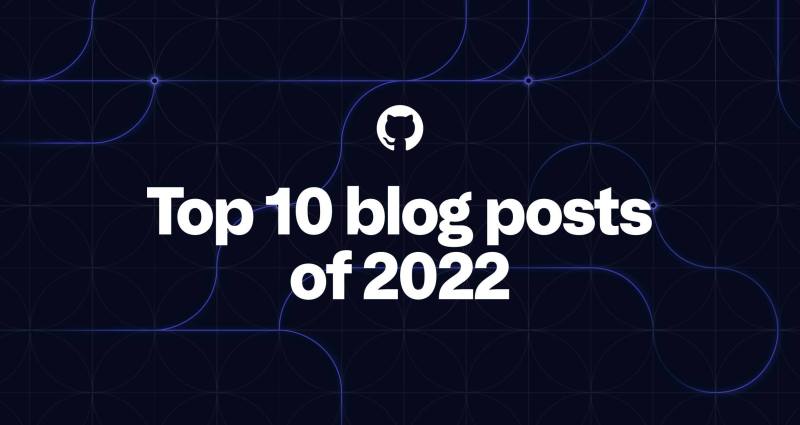