A closer look at Europe

Last week we opened our first international office in Japan. This week we thought we'd take a closer look at Europe, which happens to be the largest demographic of GitHub…

Last week we opened our first international office in Japan. This week we thought we’d take a closer look at Europe, which happens to be the largest demographic of GitHub users around the world, representing 36% of site traffic.

Around 32 million people visit GitHub each month, and most of this traffic comes from outside of the United States (74% in fact!).
The most active countries in Europe are Germany, the United Kingdom, and France, but if we look at users per capita we see a different story — Sweden, Finland, and the Netherlands lead the way. London, Paris and Stockholm top the list of European cities most active on GitHub. 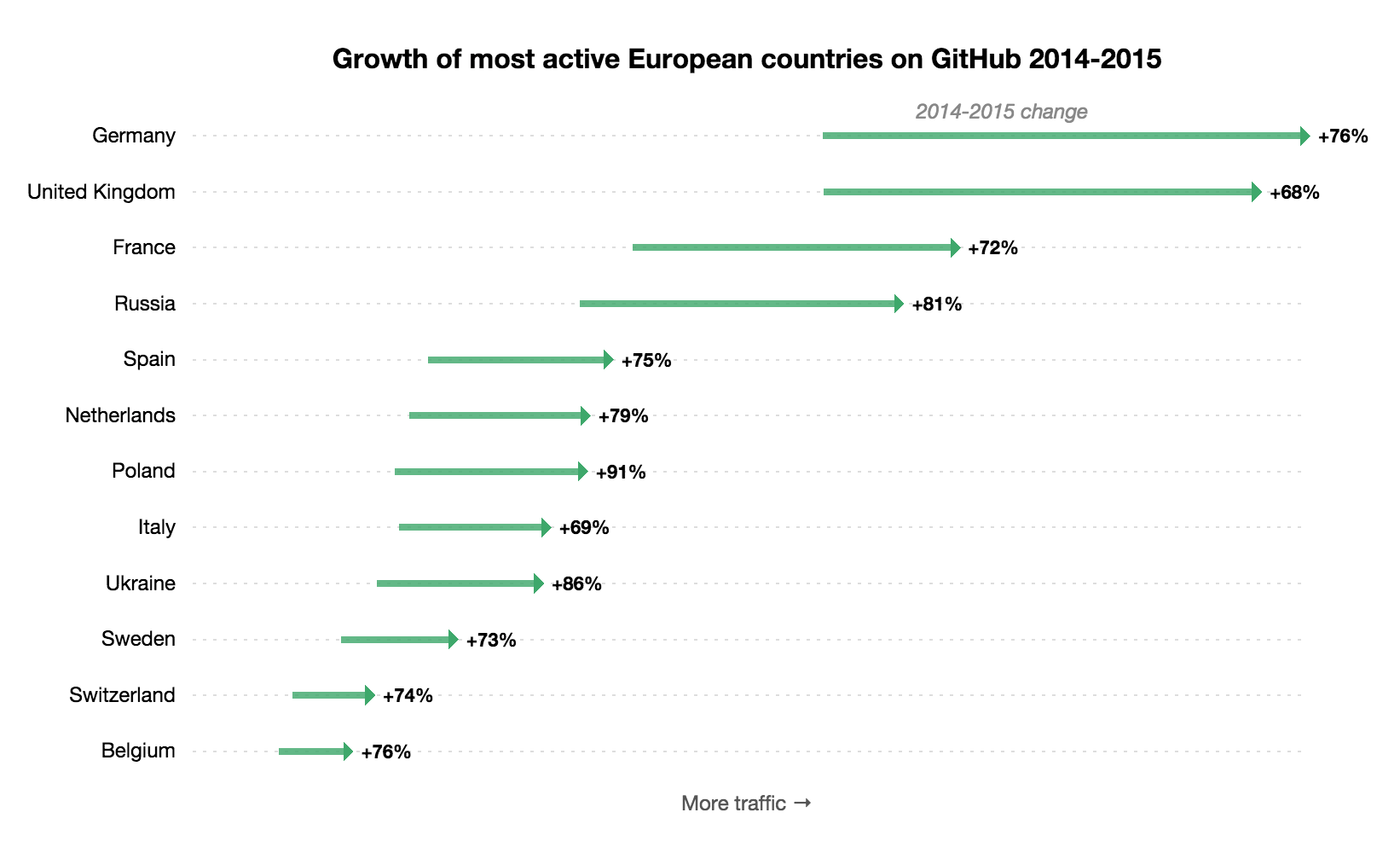 The goals of building better software are universal, and several European organizations are setting the example.
Companies like SAP and XS4ALL are driving innovation with software, while The UK Government Digital Services and dozens of other European government agencies and services are developing new ways to serve citizens.

Today, around 10% of GitHub employees are based in Europe, with a dozen new faces in the last year alone — many of whom are focused solely on helping our European customers build great software.
A few of us are here in the UK for London Tech Week and EnterConf in Belfast. There will be plenty more meetups ahead if we don’t see you there.