How to undo (almost) anything with Git

One of the most useful features of any version control system is the ability to "undo" your mistakes. In Git, "undo" can mean many slightly different things. 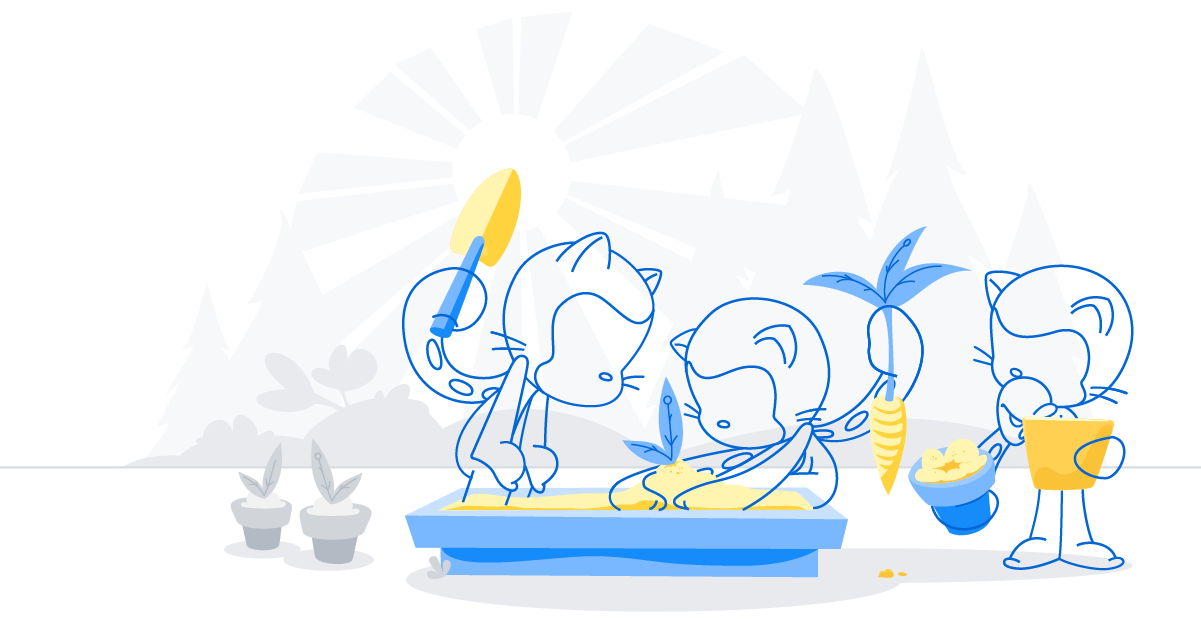 One of the most useful features of any version control system is the ability to “undo” your mistakes. In Git, “undo” can mean many slightly different things.

When you make a new commit, Git stores a snapshot of your repository at that specific moment in time; later, you can use Git to go back to an earlier version of your project.

In this post, I’m going to take a look at some common scenarios where you might want to “undo” a change you’ve made and the best way to do it using Git.

Scenario: You just ran git push, sending your changes to GitHub, now you realize there’s a problem with one of those commits. You’d like to undo that commit.

This is Git’s safest, most basic “undo” scenario, because it doesn’t alter history—so you can now git push the new “inverse” commit to undo your mistaken commit.

Scenario: You just typo’d the last commit message, you did git commit -m "Fxies bug #42" but before git push you realized that really should say “Fixes bug #42”.

What’s happening: git commit --amend will update and replace the most recent commit with a new commit that combines any staged changes with the contents of the previous commit. With nothing currently staged, this just rewrites the previous commit message.

Scenario: The cat walked across the keyboard and somehow saved the changes, then crashed the editor. You haven’t committed those changes, though. You want to undo everything in that file—just go back to the way it looked in the last commit.

What’s happening: git checkout alters files in the working directory to a state previously known to Git. You could provide a branch name or specific SHA you want to go back to or, by default, Git will assume you want to checkout HEAD, the last commit on the currently-checked-out branch.

Keep in mind: any changes you “undo” this way are really gone. They were never committed, so Git can’t help us recover them later. Be sure you know what you’re throwing away here! (Maybe use git diff to confirm.)

Scenario: You’ve made some commits locally (not yet pushed), but everything is terrible, you want to undo the last three commits—like they never happened.

What’s happening: git reset rewinds your repository’s history all the way back to the specified SHA. It’s as if those commits never happened. By default, git reset preserves the working directory. The commits are gone, but the contents are still on disk. This is the safest option, but often, you’ll want to “undo” the commits and the changes in one move—that’s what --hard does.

Scenario: You made some commits, did a git reset --hard to “undo” those changes (see above), and then realized: you want those changes back!

Undo with: git reflog and git reset or git checkout

So… how do you use the reflog to “redo” a previously “undone” commit or commits? It depends on what exactly you want to accomplish:

Once more, with branching

Scenario: You made some commits, then realized you were checked out on master. You wish you could make those commits on a feature branch instead.

What’s happening: You may be used to creating new branches with git checkout -b <name>—it’s a popular short-cut for creating a new branch and checking it out right away—but you don’t want to switch branches just yet. Here, git branch feature creates a new branch called feature pointing at your most recent commit, but leaves you checked out to master.

Next, git reset --hard rewinds master back to origin/master, before any of your new commits. Don’t worry, though, they are still available on feature.

Finally, git checkout switches to the new feature branch, with all of your recent work intact.

Scenario: You started a new branch feature based on master, but master was pretty far behind origin/master. Now that master branch is in sync with origin/master, you wish commits on feature were starting now, instead of being so far behind.

What’s happening: You could have done this with git reset (no --hard, intentionally preserving changes on disk) then git checkout -b <new branch name> and then re-commit the changes, but that way, you’d lose the commit history. There’s a better way.

git rebase master does a couple of things:

Scenario: You started this feature in one direction, but mid-way through, you realized another solution was better. You’ve got a dozen or so commits, but you only want some of them. You’d like the others to just disappear.

What’s happening: -i puts rebase in “interactive mode”. It starts off like the rebase discussed above, but before replaying any commits, it pauses and allows you to gently modify each commit as it’s replayed.

rebase -i will open in your default text editor, with a list of commits being applied, like this:

The first two columns are key: the first is the selected command for the commit identified by the SHA in the second column. By default, rebase -i assumes each commit is being applied, via the pick command.

To drop a commit, just delete that line in your editor. If you no longer want the bad commits in your project, you can delete lines 1 and 3-4 above.

If you want to preserve the contents of the commit but edit the commit message, you use the reword command. Just replace the word pick in the first column with the word reword (or just r). It can be tempting to rewrite the commit message right now, but that won’t work—rebase -i ignores everything after the SHA column. The text after that is really just to help us remember what 0835fe2 is all about. When you’ve finished with rebase -i, you’ll be prompted for any new commit messages you need to write.

If you want to combine two commits together, you can use the squash or fixup commands, like this:

squash and fixup combine “up”—the commit with the “combine” command will be merged into the commit immediately before it. In this scenario, 0835fe2 and 6943e85 will be combined into one commit, then 38f5e4e and af67f82 will be combined together into another.

When you save and exit your editor, Git will apply your commits in order from top to bottom. You can alter the order commits apply by changing the order of commits before saving. If you’d wanted, you could have combined af67f82 with 0835fe2 by arranging things like this:

Scenario: You failed to include a file in an earlier commit, it’d be great if that earlier commit could somehow include the stuff you left out. You haven’t pushed, yet, but it wasn’t the most recent commit, so you can’t use commit --amend.

Undo with: git commit --squash <SHA of the earlier commit> and git rebase --autosquash -i <even earlier SHA>

rebase --autosquash -i will launch an interactive rebase editor, but the editor will open with any squash! and fixup! commits already paired to the commit target in the list of commits, like so:

When using --squash and --fixup, you might not remember the SHA of the commit you want to fix—only that it was one or five commits ago. You might find using Git’s ^ and ~ operators especially handy. HEAD^ is one commit before HEAD. HEAD~4 is four commits before HEAD – or, altogether, five commits back.

Scenario: You accidentally added application.log to the repository, now every time you run the application, Git reports there are unstaged changes in application.log. You put *.log in the .gitignore file, but it’s still there—how do you tell git to to “undo” tracking changes in this file?

What’s happening: While .gitignore prevents Git from tracking changes to files or even noticing the existence of files it’s never tracked before, once a file has been added and committed, Git will continue noticing changes in that file. Similarly, if you’ve used git add -f to “force”, or override, .gitignore, Git will keep tracking changes. You won’t have to use -f to add it in the future.

If you want to remove that should-be-ignored file from Git’s tracking, git rm --cached will remove it from tracking but leave the file untouched on disk. Since it’s now being ignored, you won’t see that file in git status or accidentally commit changes from that file again.

That’s how to undo anything with Git. To learn more about any of the Git commands used here, check out the relevant documentation: