The GitHub Charity Dodgeball tournament is back, and better than ever. Details Where? SoMa Recreaton Center 270 6th Street San Francisco, CA When? Sunday, March 22, 1:00pm until 6:30pm 1:00…

The GitHub Charity Dodgeball tournament is back, and better than ever. 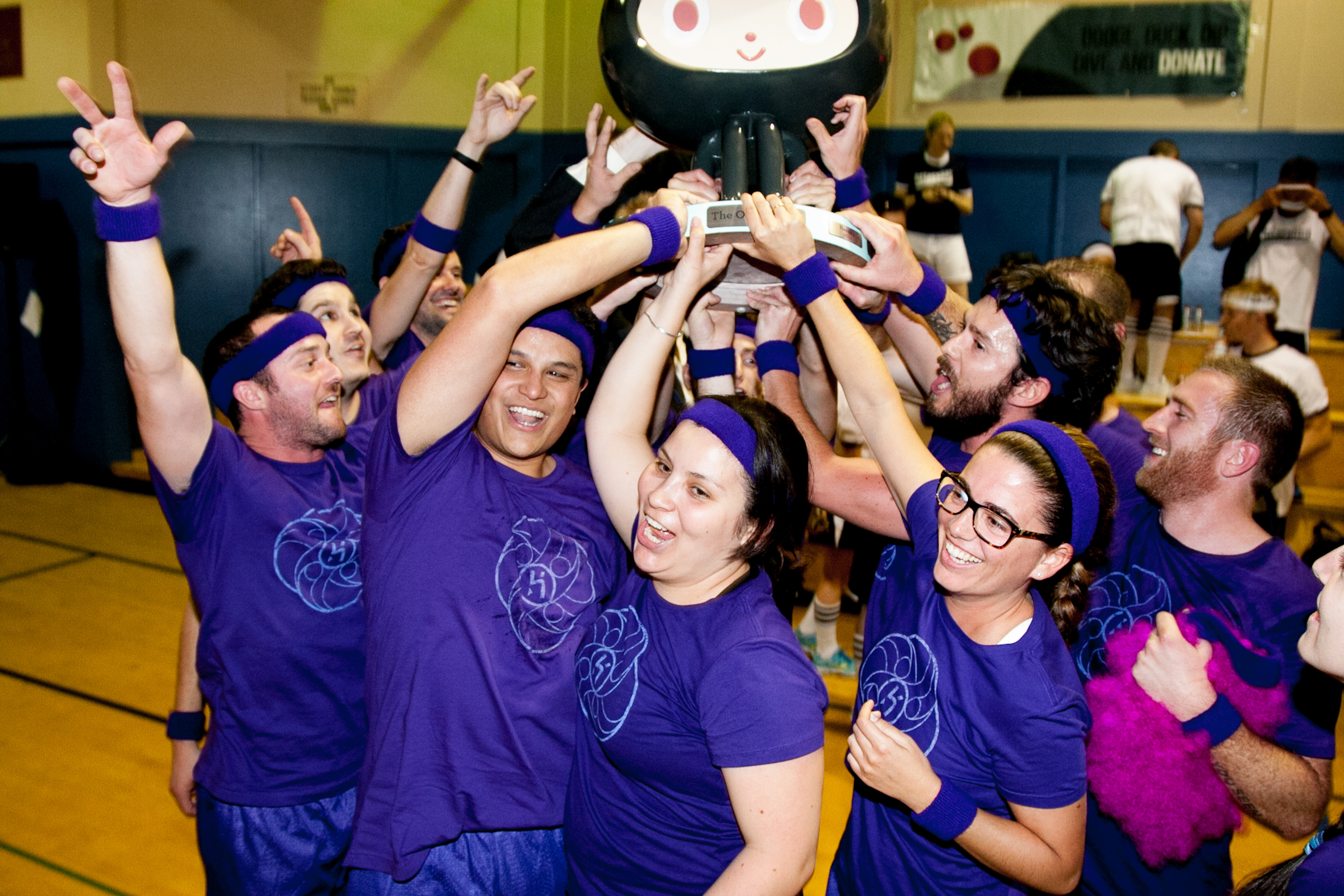 Why?
In 2013, 20 teams joined us to compete on the dodgeball court, all in the name of charity. Heroku prevailed for the second time and brought home the Octotrophy, but the real champions are those who received some of the $58,000 we raised!

We’re headed back to SoMa Recreation Center and we’re devoted to making this year’s tournament the best yet. The buy-in to enter is $3,000, and all funds will be split among the charities.

How?
We’ll be using the World Dodgeball Society’s rules for our 2015 tournament. Teams will need 10 players on court during gameplay, but can have up to 15 members per team to allow for player substitutions. Teams must have at most a 3:1 ratio of men to women.

Who?
We will all be playing for four local charities. Donations are managed by Bright Funds.

Questions?
Send them to dodgeball@github.com