In the summer of 2009, The New York Senate was the first government organization to post code to GitHub, and that fall, Washington DC quickly followed suit. By 2011, cities…

In the summer of 2009, The New York Senate was the first government organization to post code to GitHub, and that fall, Washington DC quickly followed suit. By 2011, cities like Miami, Chicago, and New York; Australian, Canadian, and British government initiatives like GOV.UK; and US Federal agencies like the Federal Communications Commission, General Services Administration, NASA, and Consumer Financial Protection Bureau were all coding in the open as they began to reimagine government for the 21st century.

This is all part of a larger trend towards government adopting open source practices and workflows — a trend that spans not only software, but data, and policy as well — and the movement shows no signs of slowing, with government usage on GitHub nearly tripling in the past year, to exceed 10,000 active government users today.

When government works in the open, it acknowledges the idea that government is the world’s largest and longest-running open source project. Open data efforts, efforts like the City of Philadelphia’s open flu shot spec, release machine-readable data in open, immediately consumable formats, inviting feedback (and corrections) from the general public, and fundamentally exposing who made what change when, a necessary check on democracy.

Unlike the private sector, however, where open sourcing the “secret sauce” may hurt the bottom line, with government, we’re all on the same team. With the exception of say, football, Illinois and Wisconsin don’t compete with one another, nor are the types of challenges they face unique. Shared code prevents reinventing the wheel and helps taxpayer dollars go further, with efforts like the White House’s recently released Digital Services Playbook, an effort which invites every day citizens to play a role in making government better, one commit at a time.

However, not all government code is open source. We see that adopting these open source workflows for open collaboration within an agency (or with outside contractors) similarly breaks down bureaucratic walls, and gives like-minded teams the opportunity to work together on common challenges.

It’s hard to believe that what started with a single repository just five years ago, has blossomed into a movement where today, more than 10,000 government employees use GitHub to collaborate on code, data, and policy each day. 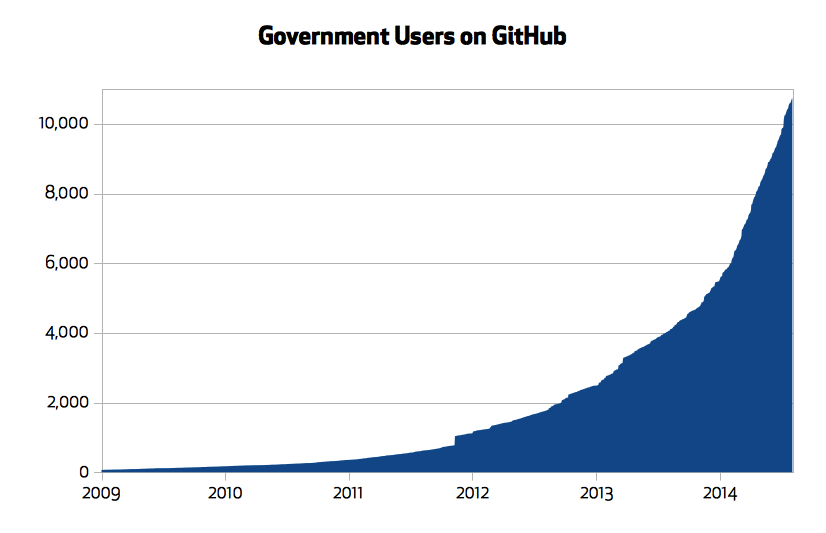 Those 10,000 active users make up nearly 500 government organizations, from more than 50 countries: 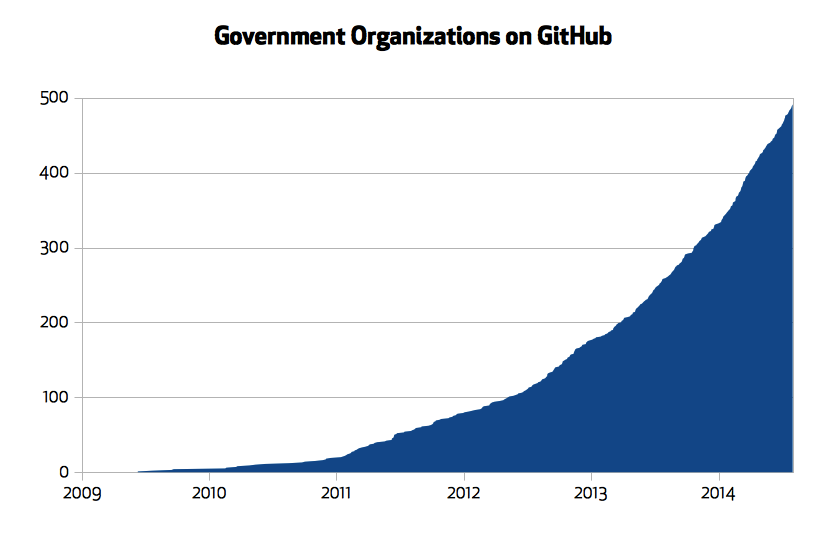 Government code on GitHub spans more than 7,500 repositories with @alphagov, @NCIP, @GSA, and @ministryofjustice being the top open source contributors with more than 100 public repositories each: 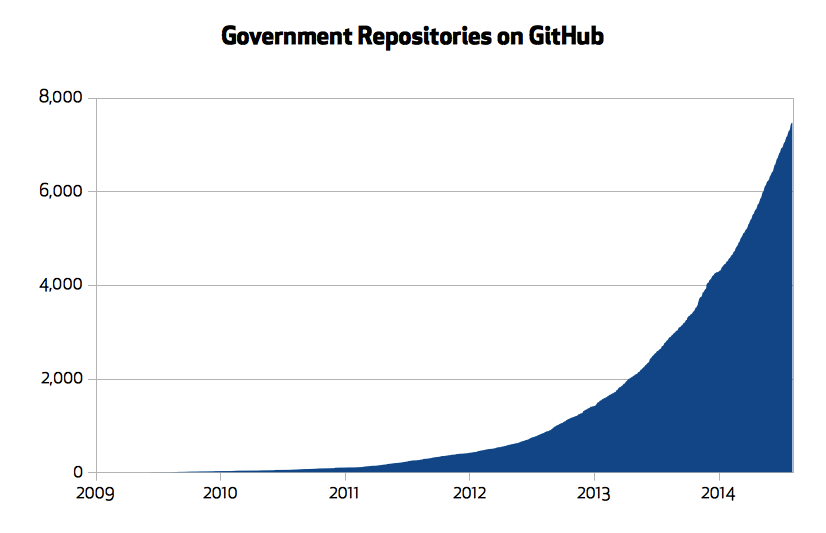 You can learn more about GitHub in government at government.github.com, and if you’re a government employee, be sure to join our semi-private peer group to learn best practices for collaborating on software, data, and policy in the open.