Last month GitHub was proud to host the first Git Merge conference, a place for Git core developers and Git users to meet, talk about Git and share what they've…

Last month GitHub was proud to host the first Git Merge conference, a place for Git core developers and Git users to meet, talk about Git and share what they’ve been working on or interested in. The first Git Merge was held in Berlin at the amazing Radisson Blu Berlin on May 9-11, 2013. 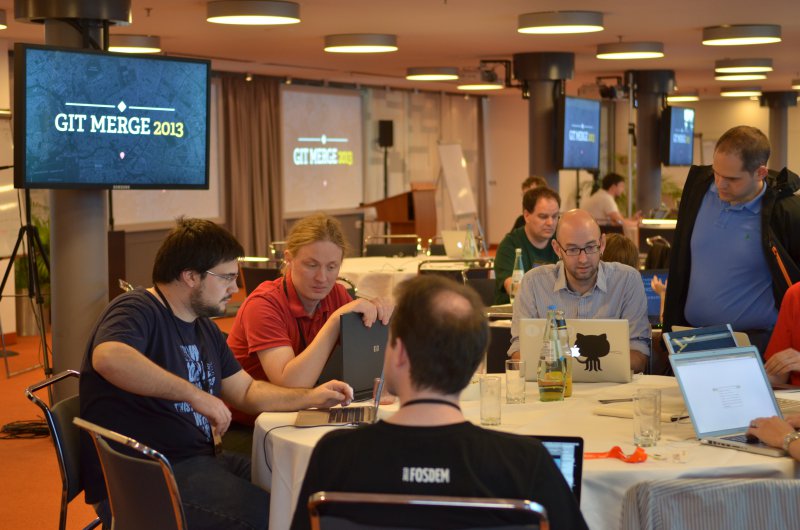 The Git Merge conference came out of the GitTogether meetings that several Git developers held for several years at Google’s campus directly after their Google Summer of Code Mentors Summit. We felt that we should hold a similar conference of the Git minds in the EU to accomplish the same things – get Git developers together to meet in person, talk about interesting things they’re working on and meet some users. 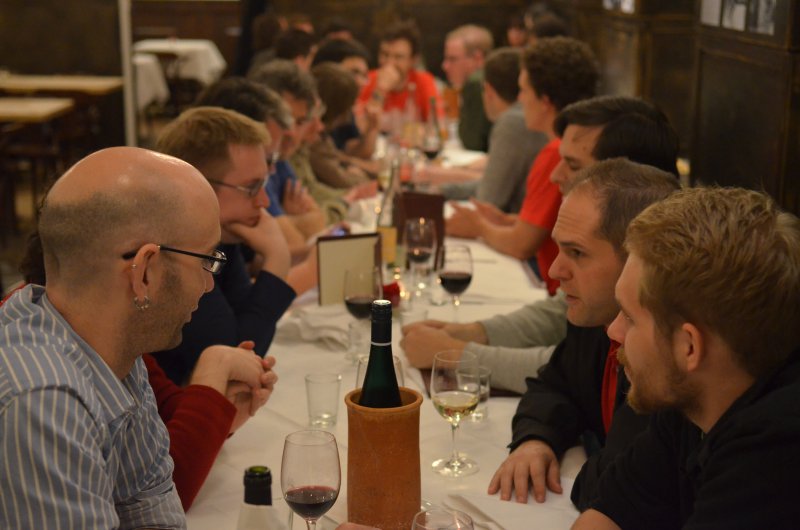 This conference was run a little differently than most. It was split up into three days – a Developer Day, a User Day and a Hack Day.

The first day was the developer day, limited to individuals who have made contributions to core Git or one of its implementations such as libgit2 or JGit. About 30 developers came and had discussions ranging from an incremental merge tool, to our participation and success in the Google Summer of Code program, to fixing race conditions in the Git server code. 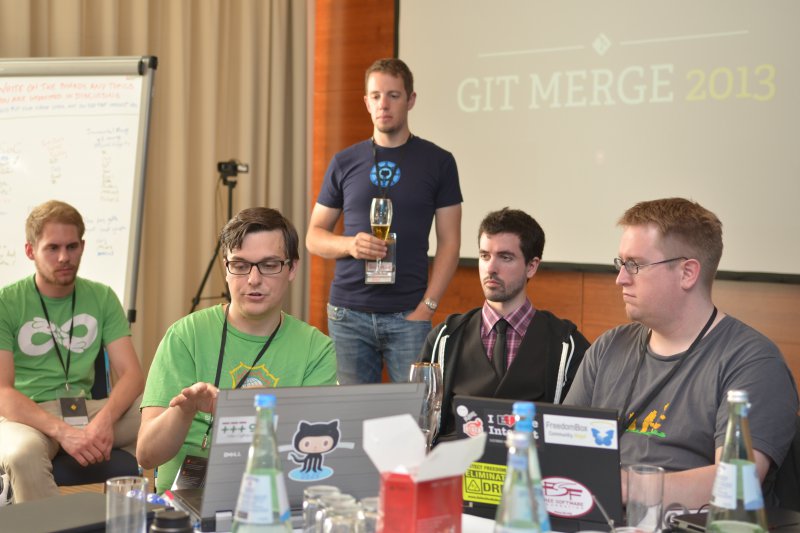 The second day was the User Day, meant to allow everyone to share tools they were working on or issues they have with Git. The first half of the day was set up entirely in lightning talk format and over 40 talks were given, ranging in duration from a few seconds to nearly 20 minutes. After the lightning talks were done and everyone who wanted to had spoken, we broke up into small group discussions about more specific topics – Laws on GitHub, Git migration issues, tools and tips for teaching Git and more.

The final day was the Hack Day which gave attendees a chance to sit down with people they had met the previous day or two and start working on something interesting.

Notes for the entire conference, collaborated on by attendees, can be found here.

Recorded talks from each day can be found here. Some really interesting examples are Roberto Tyley’s bfg-repo-cleaner talk, a tool to clean up bad history in git repositories, and this talk which covers the German federal law repository on GitHub.

Thanks to everyone who attended!