Installing Git from GitHub for Mac

In today's release of GitHub for Mac, you can now easily install Git for use on the command line, without needing to download any separate packages. And whenever we update…

In today’s release of GitHub for Mac, you can now
easily install Git for use on the command line, without
needing to download any separate packages. And whenever we update the version of
Git included with GitHub for Mac, you’ll get the changes automatically – no
work required on your part!

After updating the app, you may notice some changes to the
Preferences window. On the newly renamed “Advanced” tab, simply click “Install
Command Line Tools”: 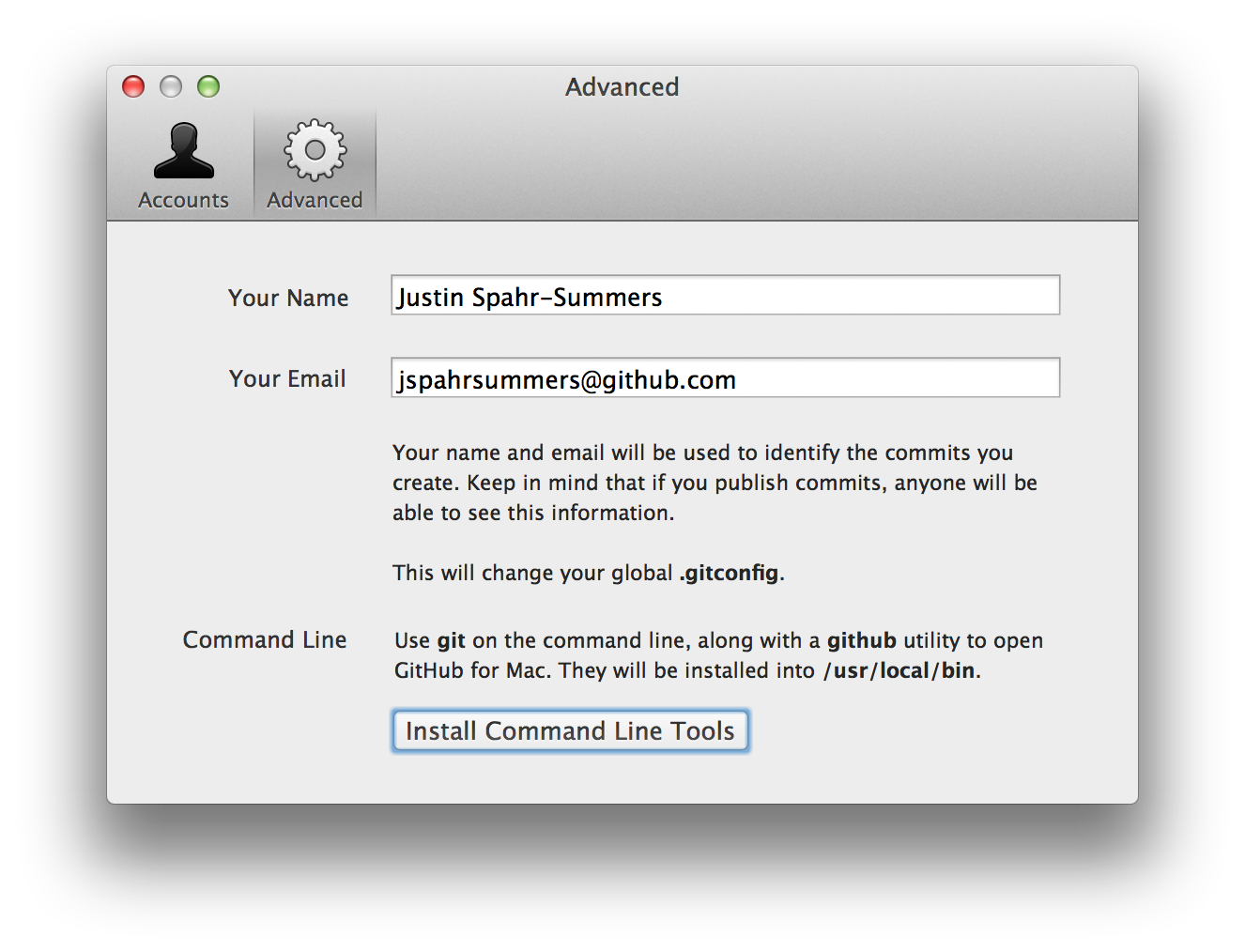 You’ll be prompted for an administrator password so that Git can be installed
into /usr/local/bin, and then you should very shortly see that it succeeded: 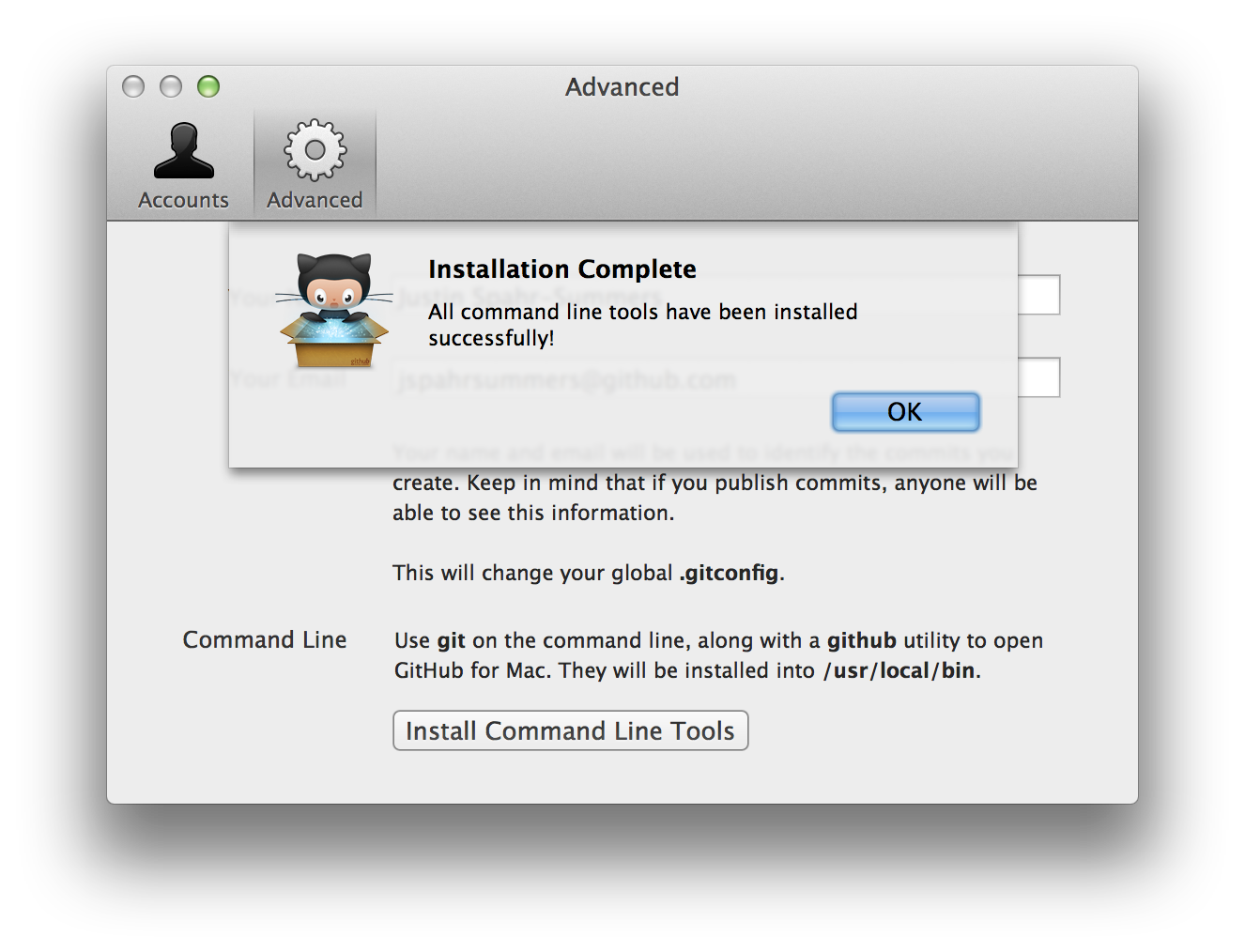 If you’re using GitHub for Mac for the first time, and want to install Git, you
can also set it up from the welcome screen: 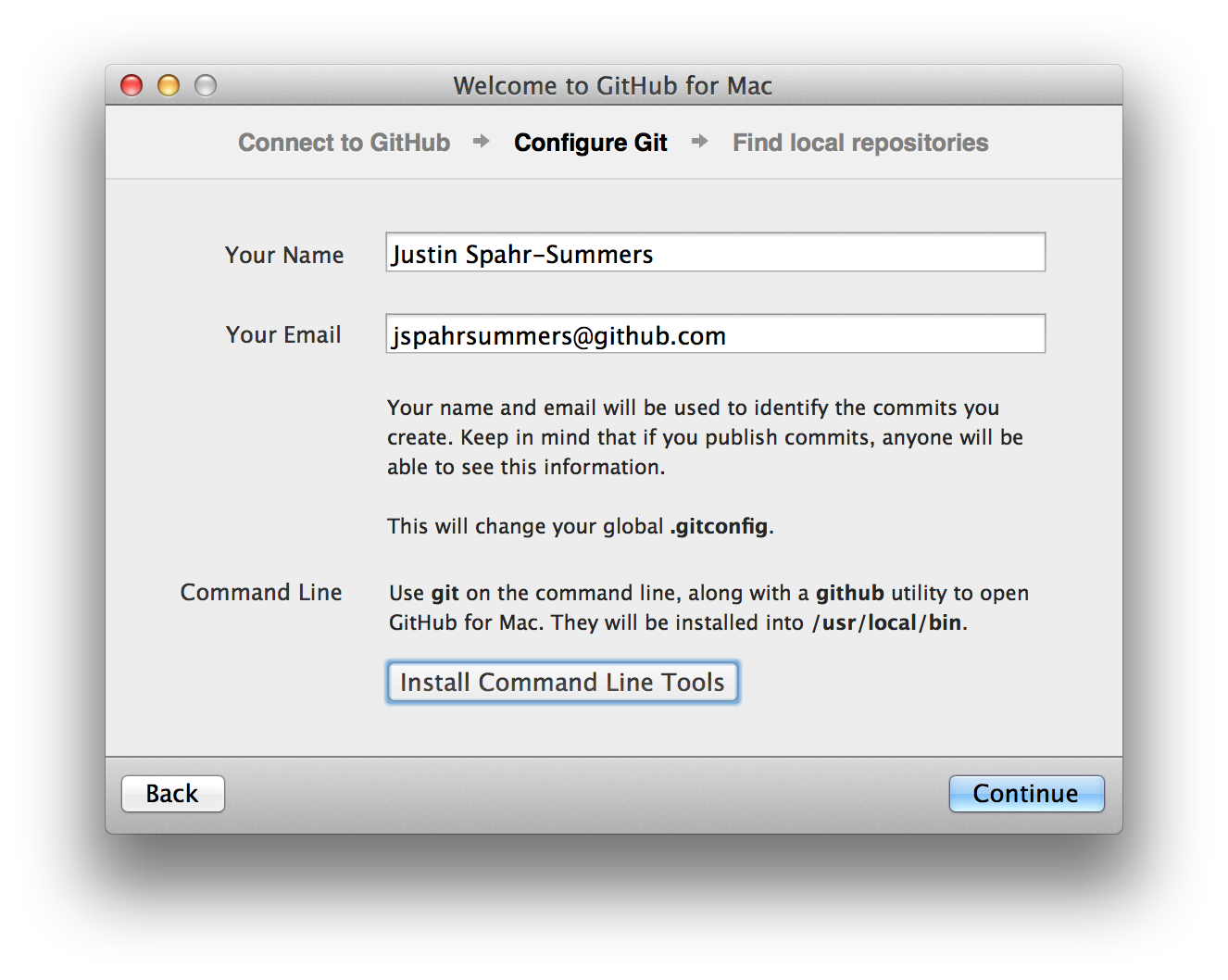 Once installed, you can open up Terminal.app and run git commands to your
heart’s content. Command line aficionados, rejoice!

Update: We’ve since removed the ability to install Git from GitHub for Mac, because OS X Mavericks and later includes a version of Git already.