There are over 1.5 million people working on over 2.5 million repositories on GitHub these days. Here are a few more fun stats I grabbed recently: Exploring GitHub Data The…

There are over 1.5 million people working on over 2.5 million repositories on GitHub these days. Here are a few more fun stats I grabbed recently: 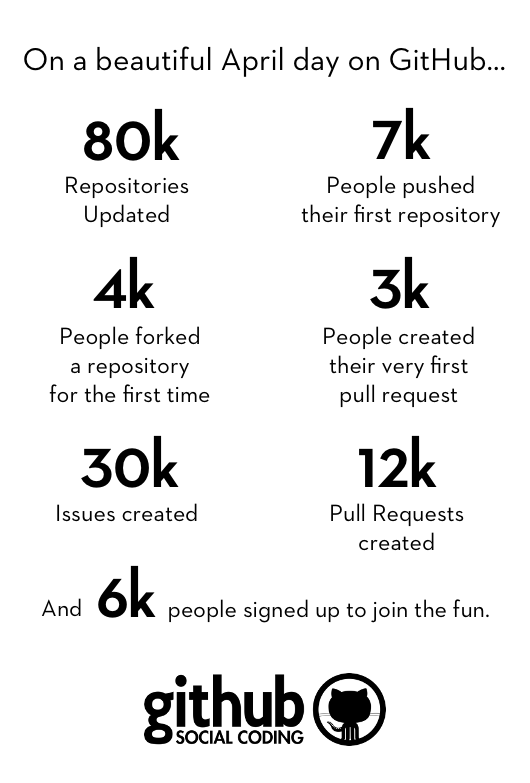 The GitHub API provides access to the many public activities that happen on GitHub.com. Before today, if you were looking to analyze this data, you would need to archive it on your own and store it somewhere capable of querying such a large dataset.

GitHub Archive is a project to record the public GitHub timeline, archive it, and make it easily accessible for further analysis.

We are happy to announce that the GitHub public timeline is now a featured public dataset available on Google BigQuery, which launched to the public today.

Running queries against the GitHub dataset is free. After logging into BigQuery, add the project name “githubarchive”.

This dataset, available in the language_correlation table on BigQuery, explores the relationships between programming languages as seen by GitHub. Example: How likely is it that a programmer who writes in Objective-C also programs in Java? (31%). Read on to learn more about how this data was gathered.

Generals in the Editor War may note that Emacs users are 35.2% likely to also hack on Vim, while Vim users are only 17.3% likely to hack on Emacs, so there’s that.