This weekend GitHub had the amazing opportunity to host the first CoderDojo session in the United States. I can happily say it was one of the coolest things I've had…

This weekend GitHub had the amazing opportunity to host the first CoderDojo session in the United States. I can happily say it was one of the coolest things I’ve had the great fortune to be a part of. With about twenty-three kids, as many parents, and twelve mentors, we had a full house. 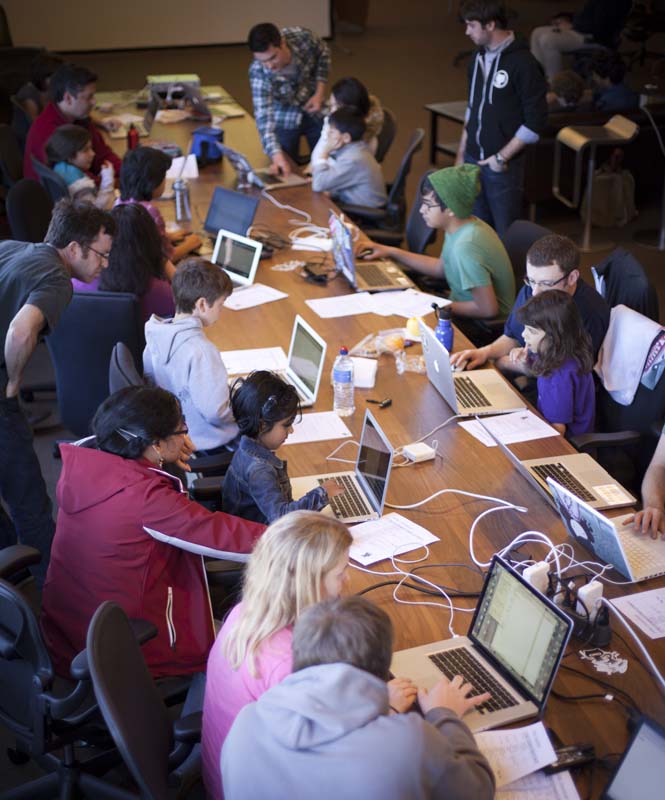 For the first hour we focused on HTML. The kids learned the basics of how tags work and made a web page with a title, some facts about themselves and a picture or two of walruses, Minecraft, and a surprising number of ninjas. The kids followed along quite well. 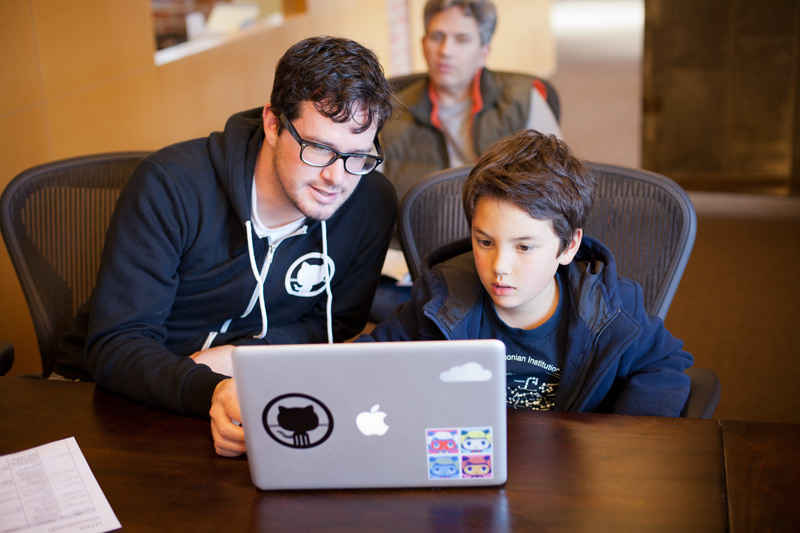 After a ten minute lunch break we brought the kids back together to teach them a little Game Maker. This part of the session became a bit more interesting, as the mentors were learning how the software worked while they were teaching it.

It quickly became clear that making a game was the crowd favorite. After learning how to make a Pac-Man character move in a direction and stop when a key was pressed and released, many kids went on to program the other three directions without much mentor intervention.

At the end of the session, the kids had created a game where they could move Pac-Man through a space scene and eat ghosts. Upon eating the ghosts the kids were rewared with a “You win” message. Clearly dissatisfied with the the appalling lack of of punctuation, one of the students asked if he could add more exclamation points to make it a little more appropriate. 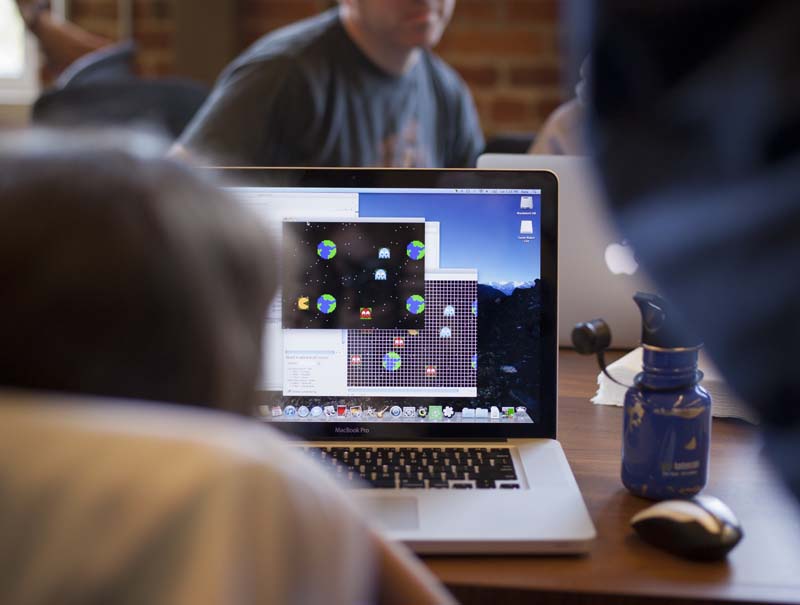 While the first hour of the session took a while to get up to speed, the second hour disappeared in a flash. When we announced that it was time to close things down, students, parents, and mentors alike let out a collective, “Awwwwww.”

As the students began to leave and feedback started trickle in, the most common thing I heard was, “I loved how many mentors there were. As soon as I raised my hand there was someone there to help.” Indeed, one of my greatest problems was that I often didn’t have anyone to help. With one mentor for every two students and a number of tech savvy or quick to learn parents, there was almost always someone available to answer questions.

Many people have asked when we will hold our next session. Now that we’ve run the first, we want to take a little time to apply what we’ve learned. There will be a brief hiatus after which we’ll hit the ground running. The next CoderDojo session will happen on March 31st. After that we’ll hold sessions every other Saturday.

More information will be posted on the CoderDojo site as we come up with the details. To keep up-to-date, you can follow @CoderDojoSF on Twitter, or sign up for the Google Group. 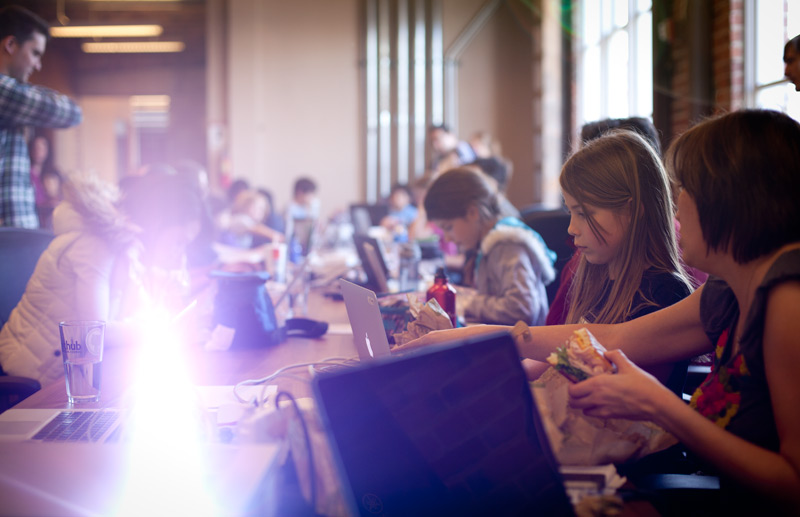