A New Coding Project Every Week at Code52

The description from the site says it all: “We want to build fun
stuff in our spare time, give back to projects which need support, and
create a community which is inclusive and engaging.”

To do that, they’re building 52 new Open Source projects in 52
weeks, as well as blogging about the experience and their progress. Getting
involved in Open Source for new developers can seem overwhelming, but Code52
is a project dedicated to helping new developers get involved. Their first
project, a Markdown editor for Windows called
MarkPad has been a resounding
success: 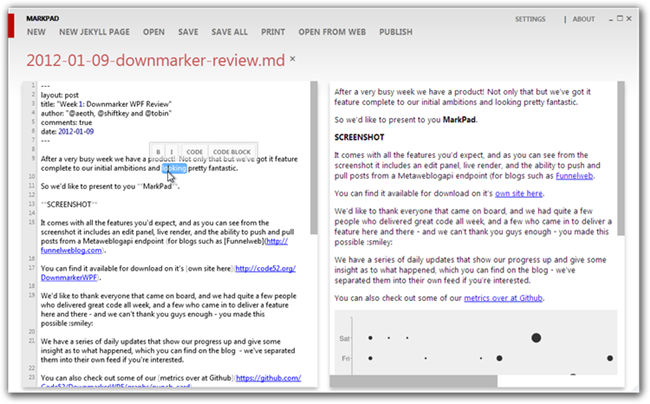 If you’re interested in participating or even suggesting ideas for the rest of
the 50 projects for this year, head to code52.org and
get involved!