We'll be out in Baltimore next week, RailsConf'in around town, catchin' some rays by the harbor, seein' the sights. Did you know Baltimore.org says "Baltimore-it's not so much a place… 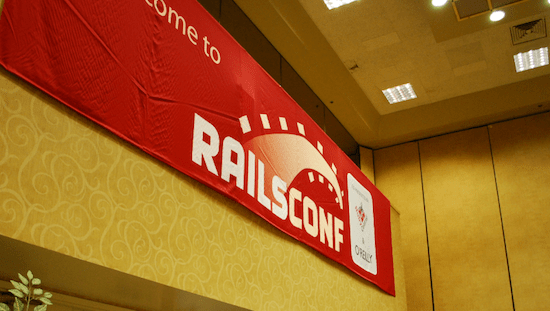 We’ll be out in Baltimore next week, RailsConf’in around town, catchin’ some
rays by the harbor, seein’ the sights. Did you know Baltimore.org says
“Baltimore-it’s not so much a place as an experience”? We’ll be putting that to
the test, believe you me.

@tmm1 and I are both giving talks during RailsConf. Aman’s talk is Rails
Performance
Tools, at
11:45am on Wednesday, and I’m talking about Double-Shipping Software for
Profit, at
4:25pm on Tuesday. Make it to both and you win a prize. The prize is knowledge.

Naturally, what RailsConf would be complete without a GitHub drinkup? We’ll
be at the Pratt Street Ale House at
8:30pm on Wednesday, May 18th. It’s right across the
street
from the convention center, so you don’t have an excuse. To make things EVEN MORE EXTREME, we’re teaming up with beer.js on this drinkup. Come have a drink with us! Also your liver will thank you. That night. Probably never again though.