Git is pretty awesome, right? Of course I'm right. If you didn't think so, you wouldn't be here. The trick is, Git is pretty damn confusing if you've never used…

That’s where I come in. The first time I used git was the day I started at GitHub. So why did they want me? Because I’m a noob that understands code and how to make things pretty, accessible, and useful. I want to make GitHub easy for everyone, which means if you’re a Git/GitHub noob too, I just might be your new best friend. 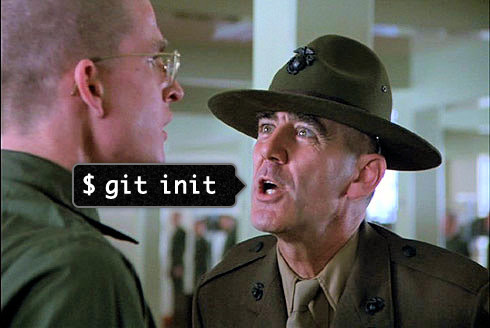 The first step in the process is our new bootcamp help docs. Each tutorial covers one of what we think are the four most important parts of Git and GitHub: getting set up, creating a repo, forking a repo, and being social on GitHub. They’ve been written and designed to present you and everyone else that is brand new with a quick and easy way to get immersed in the beautiful relationship that is Git and GitHub. Each tutorial assumes you’ve never even seen Bash before, holding your hand through all the steps necessary to get up and running. They even include things like definitions of the commonly used terms, information about what to expect as you go along, and rollover explanations of what each line of Bash is doing.

To make the bootcamp tutorials easily accessible, we’ve added a bootcamp section to your dashboard to give you quick access to all the info you’ll need. Keep it there as long as you like.

If you’re excited about the new bootcamp stuff, awesome! If you have no idea what I’m talking about, they’re written just for you.