Welcome to GitHub Rebase #39! Just remember, git rot is a unique two-part liquid epoxy that saturates and restores original strength to wood by penetrating the rot. Not necessary to…

Welcome to GitHub Rebase #39! Just remember, git rot is a unique two-part liquid epoxy that saturates and restores original strength to wood by penetrating the rot. Not necessary to remove loose rotted fibers. Wood must be dry. 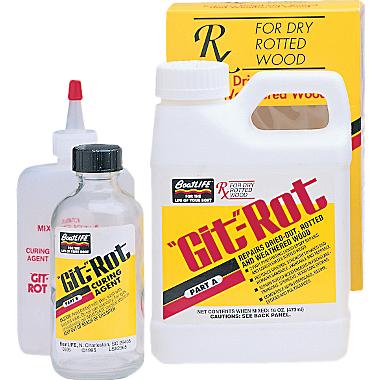 rhodes is a open framework for mobile application development that helps you write apps for the iPhone, Blackberry, Windows Mobile, Android, and Symbian using a bit of Ruby magic. Rhodes includes Rails-inspired template layouts, XRuby to avoid writing native code, and UI helpers like iUI to help with making the HTML apps feel native. Plenty of device capabilities are also exposed, such as GPS, contacts, camera, maps, push notifications, and more. Get started with an extensive tutorial and learn about the architecture of the framework. There’s also a great Google Tech Talk to get your own mobile app off the ground with Rhodes.

octosquashes is an experimental visualization of the public GitHub timeline done with Ruby. See it live at octo.squash.es. The site shows the previous day’s activity for 100 projects, with the most events appearing as the largest boxes. Behind the scenes, it uses SuperFeedr and CouchDB to collect and aggregate the data. It would be neat to see your personal timeline octosquashed, so fork away!

LastHistory is an OSX visualizer for your Last.fm playlists that explores the music you have listened to in whole new ways. Using analysis mode you can dive into your history,

finding that track that you played 42 times in a row back in 2007, listening to the playlists long deleted, finding out that you gradually moved from hip-hop to minimal electronic, and that you only listen to Radiohead between October and December.

You could also jump into Personal mode, which overlays your photos and calendar entries on top of your historical data. Check out a video demo and plenty of screenshots on the project’s website.

phake is a make/rake clone in PHP. Set up a Phakefile, drop a task 'foo' and run it with phake foo. You can set up dependencies for tasks, group them together logically, list tasks with phake -T and there’s even Capistrano like before and after hooks. If you’re a PHP developer and would rather write PHP to help with automated tasks in your web app, check this project out. Just remember, language geeks love PHP too!

html-minifier is an extreme steamroller for your HTML that you can play with here. The author has taken web optimization to the next level with plenty of research into what bloats your pages, including everything from useless comments, archaic markup habits, whitespace, and more. You can learn about how the parser and minifer works here on the author’s blog. For large production websites every kilobyte counts, and a command line implementation of this or even web frontend version would help with saving everyone some bandwidth.

hector is a Java client for Cassandra, which is now used on plenty of sites. Hector comes out of the box with a high level, object oriented interface for Cassandra, automatic failover, connection pooling, and load balancing. Read up about its features and design process along with some code samples.