We recently rolled out a bunch of improvements to commit pages to make reviewing diffs a bit more pleasant. Diffstats Diffstat style histograms of insertions and deletions for each file…

We recently rolled out a bunch of improvements to commit pages to make reviewing diffs a bit more pleasant.

Diffstat style histograms of insertions and deletions for each file are now displayed on commit pages. This is useful for getting a high level feel for the impact of a commit: 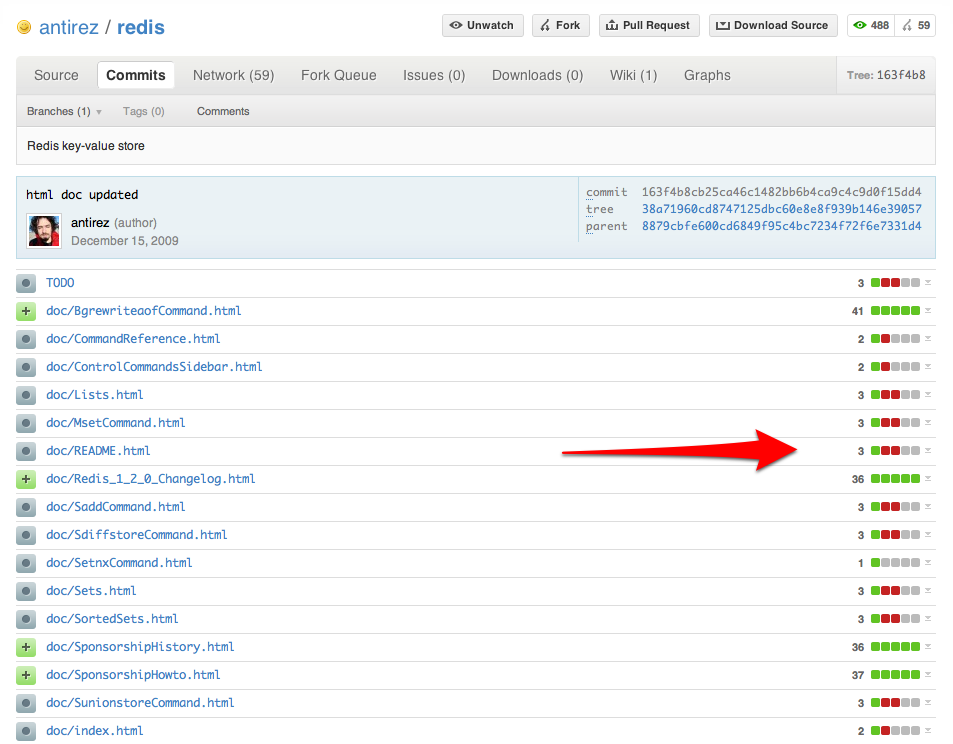 The diffstat display is similar in spirit to the output generated by git diff --stat: a numeric representing the total number of changed lines (insertions + deletions) followed by a simple visualization of the insertion to deletion ratio.

Git doesn’t track file renames, but it does support heuristic detection of renamed files when performing diff and log operations. We’ve enabled it. The file list now displays a single line for renames instead of separate file add/remove lines: 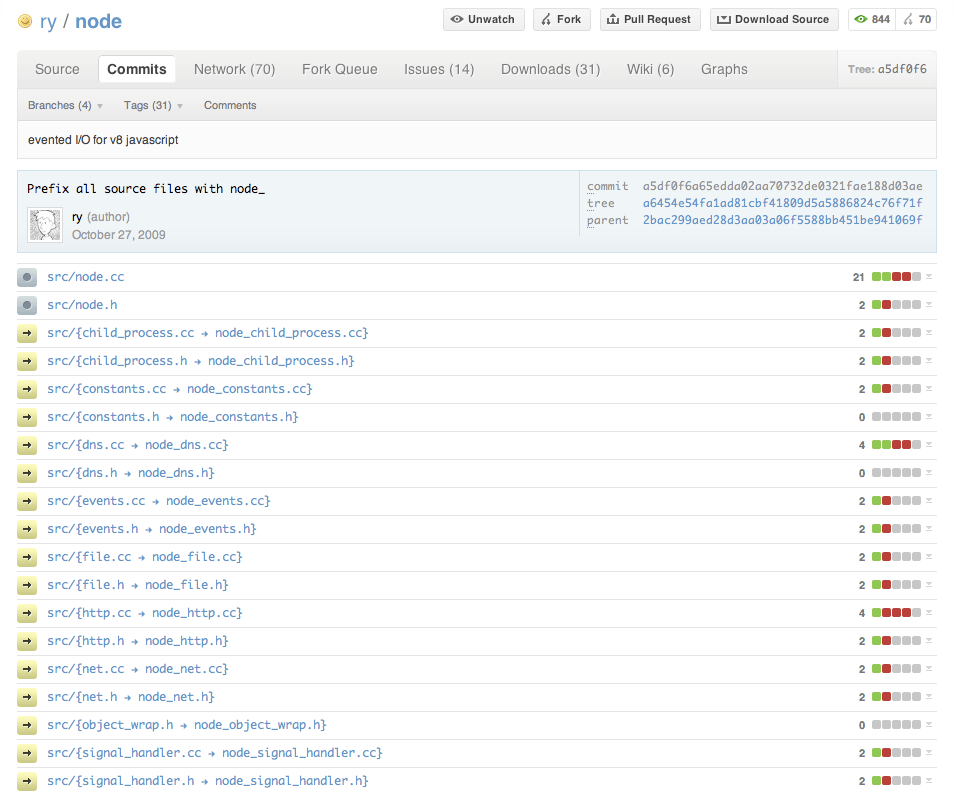 While it’s nice to see renames reported as such in the file list, the larger benefit comes with the actual diff. Without rename detection, commits with even a small number of renamed files can generate large and noisy diffs. The entire file contents is displayed twice: first with all deleted lines and then again with all added lines. These same diffs are reduced down to pure signal with rename detection enabled because only the lines modified between the two files are shown: 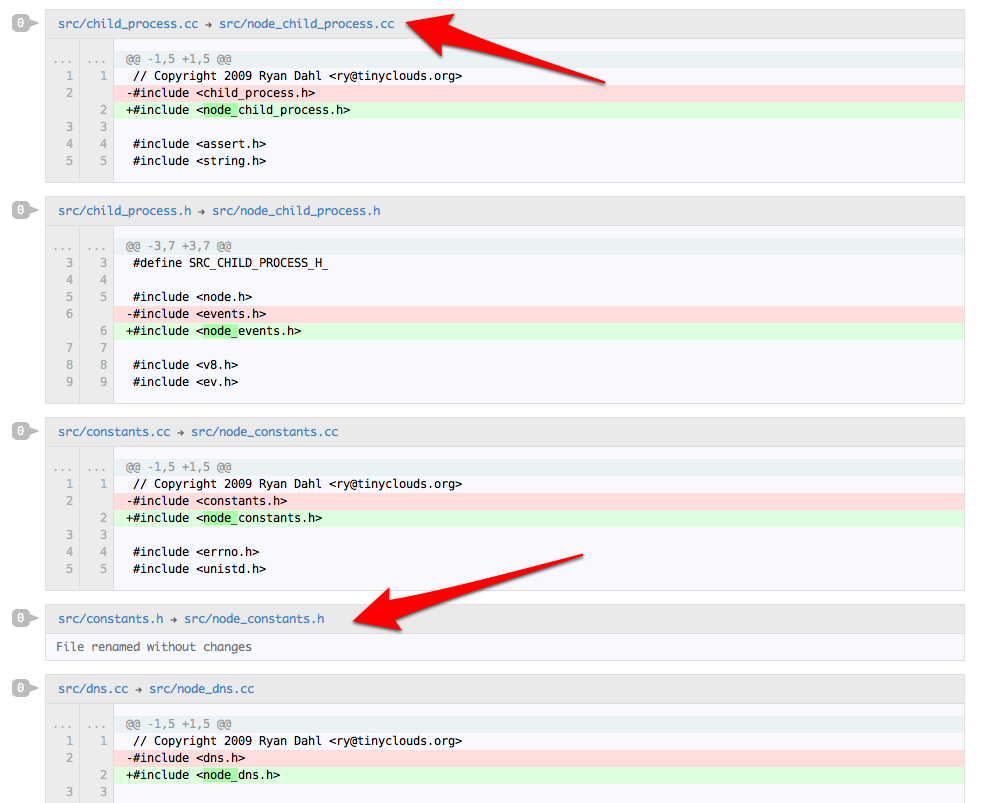 See the -M option to git-diff(1) for information on using rename detection from the command line.

Previously, files added or removed in a commit were shown in the file list at the top of commit pages but the actual diffs were omitted. This was a simple guard against Insanely Large Diffs That Crashed Browsers but had a few notable drawbacks:

According to Aldo Cortesi’s GitHub project analysis, the average commit touches about 4 files and 19 lines of code. We felt that commit pages needed to do a better job showing all pertinent information on these common case commits, so from now on you’ll see diffs for added and removed files: 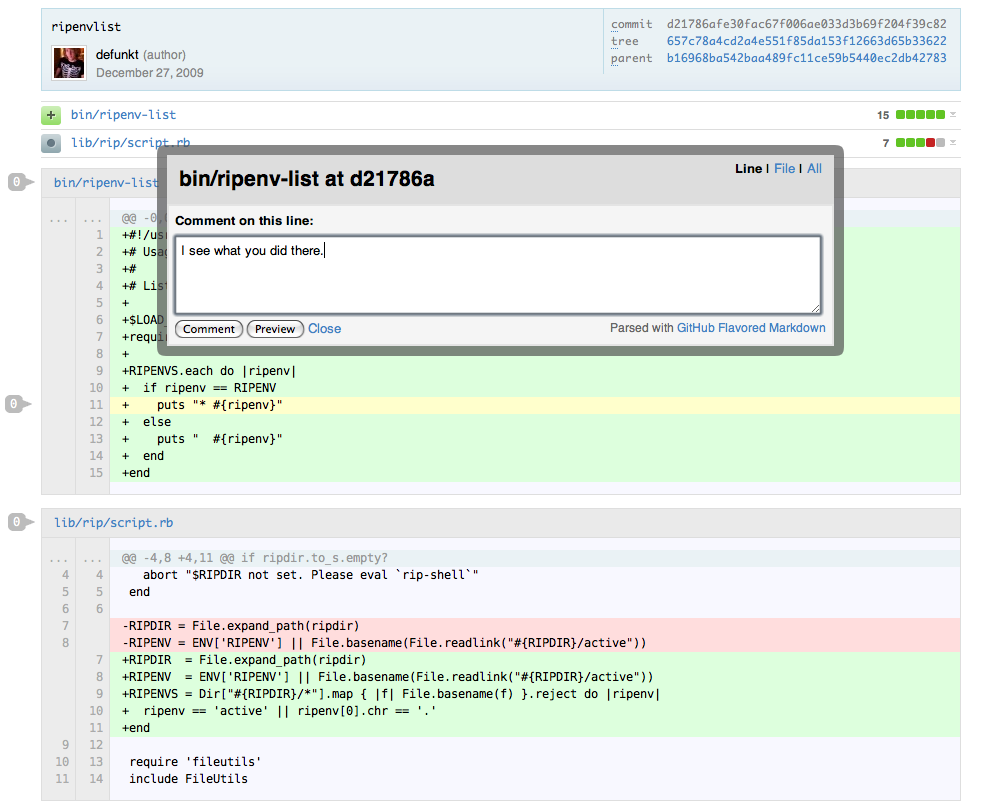 Displaying added/removed files left the problem of how to deal with very large diffs. What we came up with is a set of rules for omitting portions of large diffs that ensures a sane upper bound on overall diff size. It works something like this:

While we expect to tune these numbers over the coming weeks, the result so far has been diffs that show more of what you typically want to see and less of what you don’t.