Why do I love GitHub? There are many reasons, even forgetting that they now employ me... One of the coolest ones, however, is the community. There are lots of hosting…

Why do I love GitHub? There are many reasons, even forgetting that they now employ me… One of the coolest ones, however, is the community. There are lots of hosting solutions for all sorts of SCMs, but what I love about GitHub is the awesome community that is out there collaborating and discovering each others projects.

Case in point – yesterday I put up a little website where I list out the reasons many people choose Git over other SCMs, and I put the source for the website itself on GitHub, and linked to it in the footer of the website. Within hours, Alexandre Girard forked that source and translated it into French (Pourquoi Git est Meilleur Que X). I spent about 5 minutes and reconfigured the website to respond to a ‘fr’ subdomain, and so I have a French version of my website at fr.whygitisbetterthanx.com. Within an hour or so, another French speaker, John Mettraux, whom I have likewise never met, forked that project and corrected some of the grammar and whatnot, which I also added, merged in and pushed out in literally seconds (thanks github gem!) 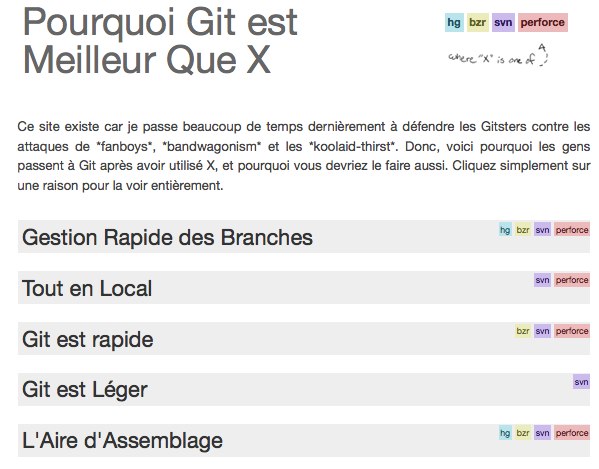 Then, I wake up this morning and find that Fabio Akita (whom I have met over a nice Chinese meal in SF a week or so ago) of Akita on Rails fame, had translated the site into Portuguese (pt_BR – Por que Git é Melhor que X), which again, after about a minute of work on my part, now has become pt.whygitisbetterthanx.com.

Finally, Markus Prinz has also begun translating the site into German (Warum Git besser als X ist), which is still being worked on, but you can find at de.whygitisbetterthanx.com. 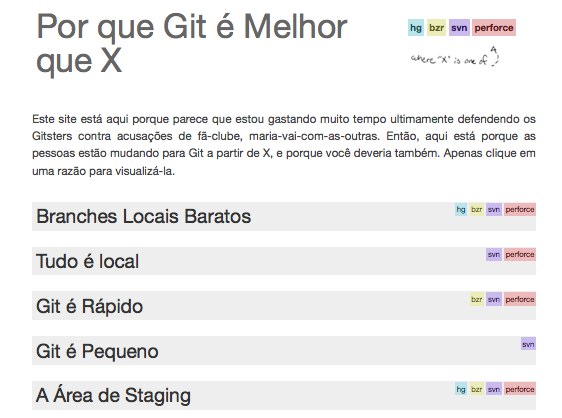 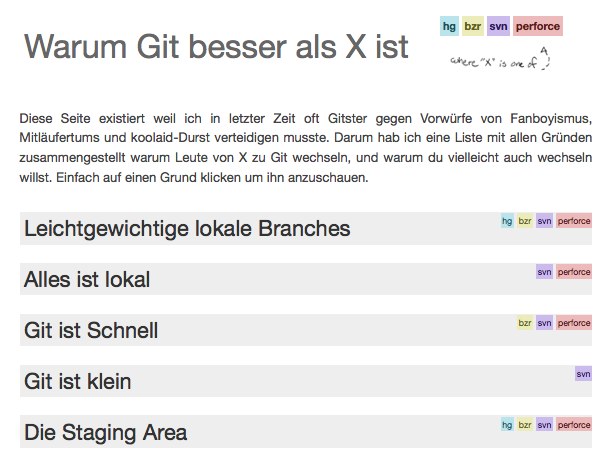 I am deploying from the ‘fr’, ‘pt’ and ‘de’ branches of my repository, if you want to help or add your own translation. I find this really amazing, and I want to thank everybody that has contributed to this and to everyone else who shares that sense of community and takes a few minutes to fork and improve every once in a while, just to help. We are doing what we can to make that process of collaborating as quick and painless as possible.

(btw guys, if you tell me how to say ‘where “X” is one of’ in your language, I’ll re-do that little graphic at the top there)